The mobile network's ad-blocking plan: who is it really for? 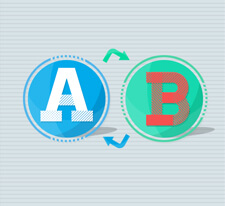 Last week the Financial Times reported (paywall) that mobile operators in the EU were planning to block advertising for their customers with a network level filter.

They’re said to be using a solution created by Israeli firm Shine which is capable of blocking most advertising from appearing, though “in feed” advertisements like those shown in Twitter will still get through.

It’s thought that initially the ad-blocking will be opt-in, giving the end user a choice if they’d prefer to see ads, but that the unnamed network may eventually extend it to everyone.

Blocking adverts is something many of us do already using tools like the AdBlock browser extension, but a provider clamping down on them across the network is far more aggressive.

Some may welcome the move. Cutting out adverts - particularly videos - for mobile internet could reduce data usage, saving money for both users and the network. And ads can be annoying. This means you don’t have to come up with your own ad-blocking solution, which can be slightly more complicated on a mobile device than it is on a desktop or laptop.

But it seems the plan is not driven by the network’s desire to make things better for us - they’re after a cut of the advertising spoils.

The FT report said: “The idea is to specifically target Google, blocking advertising on its websites in an attempt to force the company into giving up a cut of its revenues.”

The article also quoted an executive who claimed that “just an hour a day” of blocking would be enough to force Google into negotiations.

This plan makes us uncomfortable for a couple of reasons. We don’t like the idea of providers interfering with internet services in any way, no matter what the perceived benefit may be. Give us a raw, unfiltered feed and allow the end user to customise it to taste, whether that’s via a simple browser extension or more advanced methods like configuring a router to block adverts for the whole home.

There’s also the issue that ads pay for free services millions of us use every day. Google in particular offers Gmail, YouTube, Google News and many other tools on an ad-supported basis and cutting that revenue stream could have a negative impact on future investment.