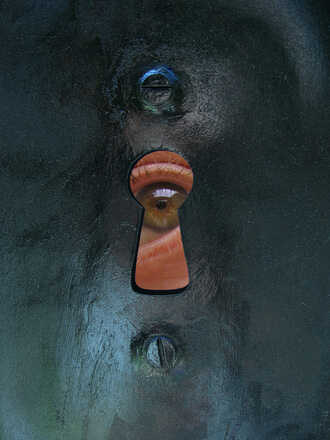 A survey carried out by Broadband Genie has found that 63% of Brits now support the use of mass internet surveillance, yet 67% lack confidence in ISPs ability to safely store their browsing history. It was also discovered that national and local authorities are among the least trustworthy when it comes to access to this data.

This year we'll find out whether the draft Investigatory Powers Bill will come into law, granting the Government wide ranging access to UK citizen's internet history.

Among many other powers the proposal - which has been dubbed a "snooper's charter" by critics - would force ISPs to store details of all sites and services used by their customers for 12 months, and make this data available to law enforcement and intelligence agencies upon request.

The Government says this is needed to combat crime and terrorism, but it would provide them with an enormous amount of information on anyone using the internet, a invasion of privacy which could have wide reaching implications if improperly used.

And it's not just a fear of what the authorities might do with these powers, there are big concerns over the ability of providers to secure this data as it will prove an extremely tempting target for criminals, particularly state sponsored hackers.

To find out how regular broadband users felt about this impending law we polled over 3,000 visitors to our site on the subject. Here's what we found. 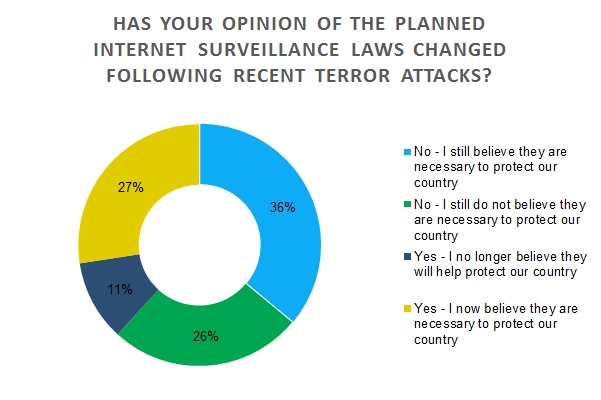 62% have not changed their minds about the surveillance laws in recent months. Of those that did, more now support it. Overall, that's a majority in favour of the new powers 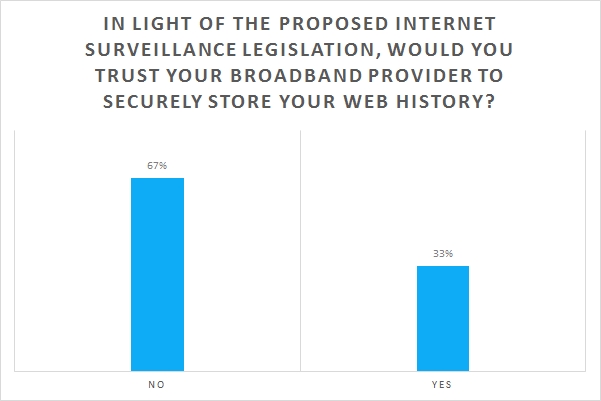 Many of us do not trust providers to safely store sensitive data. In light of the TalkTalk hack and other incidents last year, it's not surprising. This information would be extremely valuable to criminals and it's hard to see how they'll be able to keep it safe. This is one of the many issues that critics of the new law have raised as a concern. 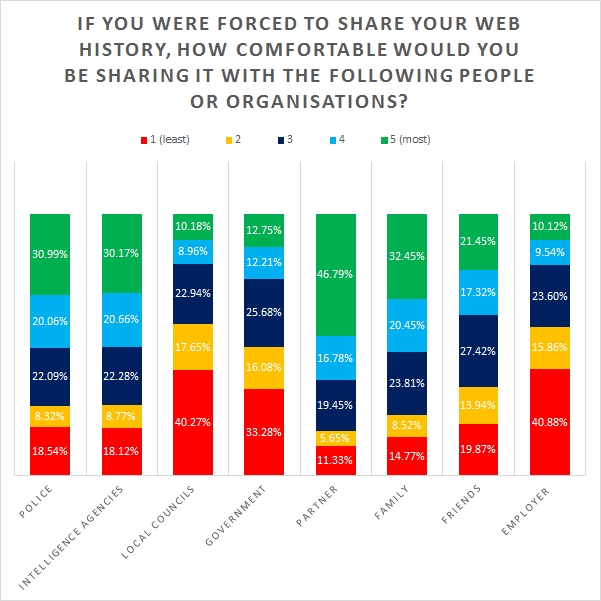 If we absolutely had to, many of us would be happier sharing our browsing history with partners or family before giving it up to the authorities. While employers were the least favourite option, it's notable that councils are seen as particularly untrustworthy. They haven't done themselves any favours, with some having used anti-terror laws to spy on residents over minor infractions like putting out the bins on the wrong day or trying to cheat school catchment area rules. 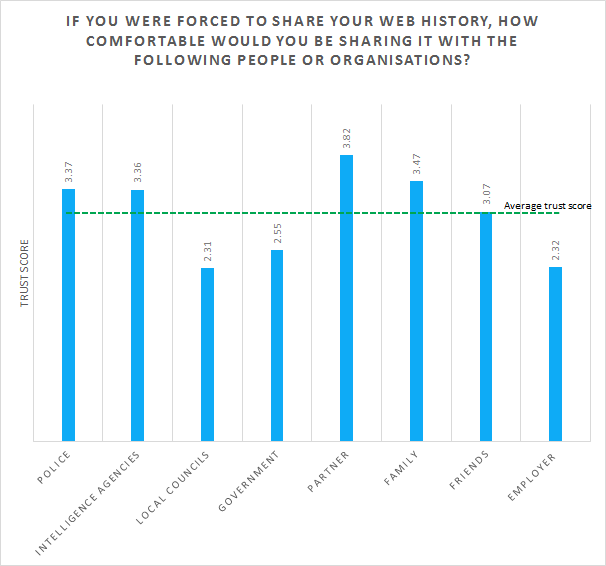 The above graph displays the same results with an average "trust score" to show which people or organisations are most and least trusted.