The Tory government’s Investigatory Powers Bill is closer to becoming law, yet a survey carried out by Broadband Genie has found that many people are either unaware or uninterested in this far-reaching proposal.

The IP Bill, which has been dubbed a “snooper’s charter”, is set to give law enforcement unprecedented access to our online lives.

ISPs will be forced to store “internet connection records” (a vague term that has not been properly defined) and make this information available on request without judicial oversight. Intelligence agencies will also be permitted to hack the devices and networks of private citizens.

The government says this is needed in order to combat terrorism or crime but it raises many questions and satisfactory answers are not forthcoming. The enormous implications of allowing unfettered access to detailed and very private communications is something that should worry everyone, especially as it's not clear how these powers will even help.

Jim Killock, executive director of the Open Rights Group, said "we are still waiting for evidence that programmes that put us all under surveillance are the most effective way to combat terrorism. Previous terrorists incidents, such as the attacks in Paris and Belgium and the murder of Lee Rigby, were committed by people already known to the intelligence agencies. There have been repeated calls for operational cases about the effectiveness of surveillance to be made; the Home Office has provided some anecdotal evidence but not a full cost benefit analysis."

It’s also not yet clear who will shoulder the expense of implementing and maintaining the necessary infrastructure, which has been estimated to be anything from several hundred million to billions of pounds. Whether it’s the government, law enforcement or ISPs it’s likely to end up costing UK citizens in the end. We’re also going to be expected to trust that this incredibly valuable data is going to be kept safe from hackers.

Of the 1,600 respondents to our poll, 75% said they were previously unaware of the law. When asked if they supported the plans, 33% said they didn’t care, yet nearly half of those people also don’t think law enforcement should have access to encrypted communications and devices.

"We will be the only European country that forces Internet Service Providers to record the Internet browsing history of its citizens" said Mr Killock. "Even if individuals are unperturbed by this breach of their privacy, they should be made aware of the impact the Bill will have on business, journalists, lawyers and activists."

Read on for the full breakdown of our survey, and let us know in the comments below how you feel about the proposals. 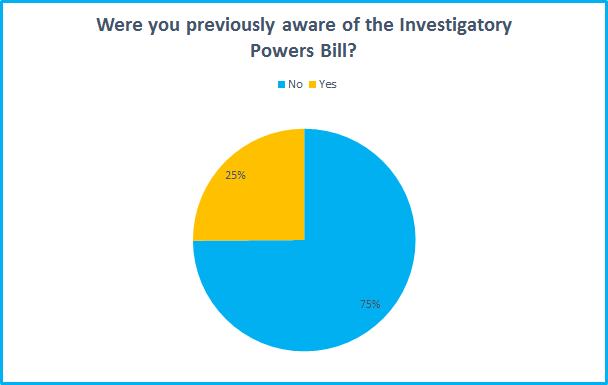 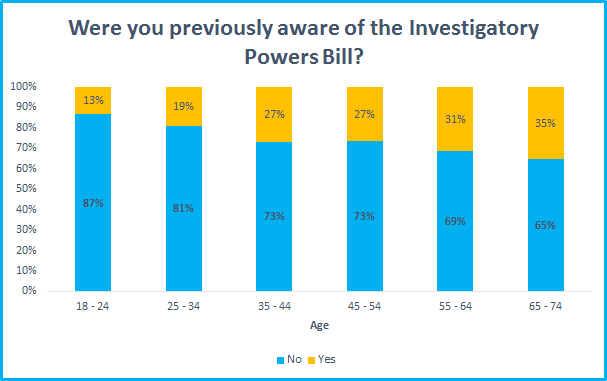 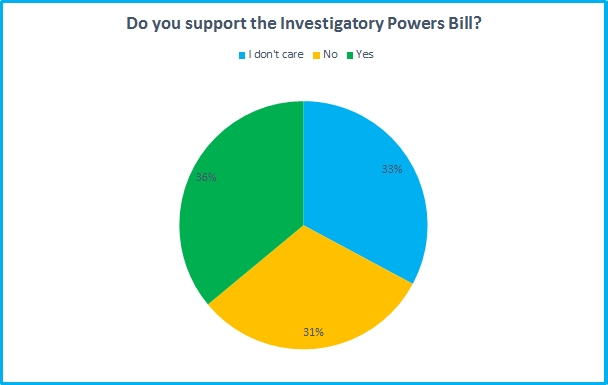 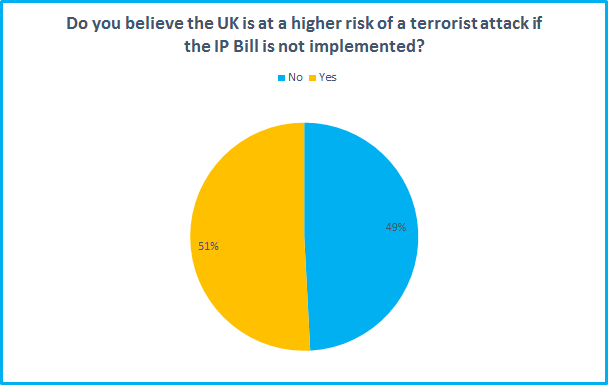 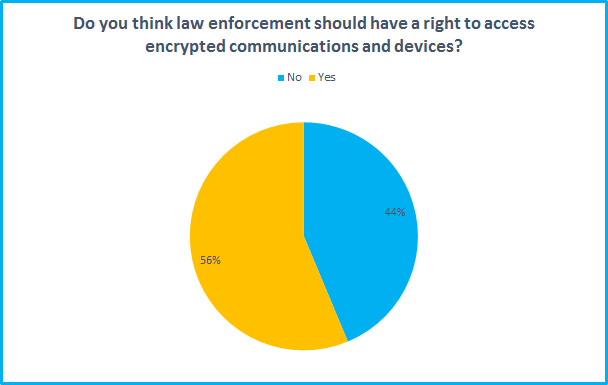 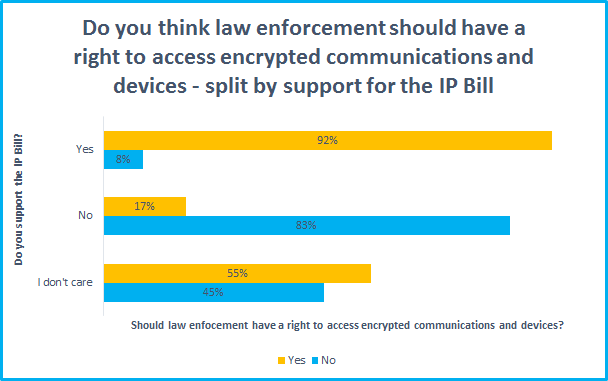