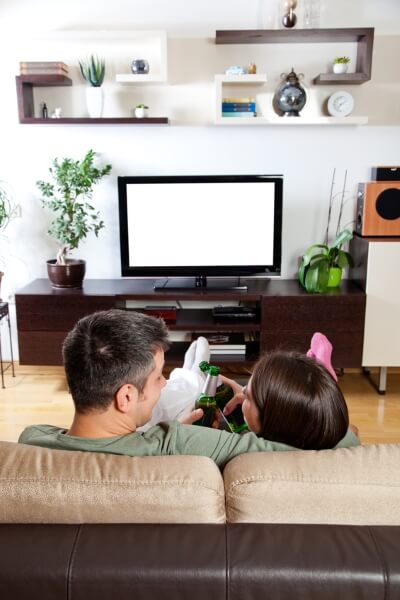 With smash hit shows such as Stranger Things, Man In The High Castle and Jessica Jones, the likes of Netflix and Amazon Instant Video are giving traditional TV broadcasters a run for their money. But as they break new ground these services are also running into their own unique problems. One particularly modern issue is the growing popularity of account sharing.

Last year we found that 26% of streaming service users shared their account with friends and family. But a more recent survey we conducted asked the same question to 1052 streaming users, and found that number has increased to 41%.

Streaming operators have taken notice of this trend. Amazon changed the way Prime sharing worked last year, restricting it to one adult and four children at the same address as the account holder. And although Netflix continues to allow sharing, even making it a feature of its more expensive accounts, there is an expectation that this is for users in the same household.

Our survey also found that the number of people subscribed to more than one account has increased from 16% to 22%, most likely due to the increasing number of exclusive shows that have become a key point of differentiation between streaming providers. When asked about the most important factors in choosing a streaming service, 38% of respondents to our survey said exclusive TV shows were important, while 42% cited price. 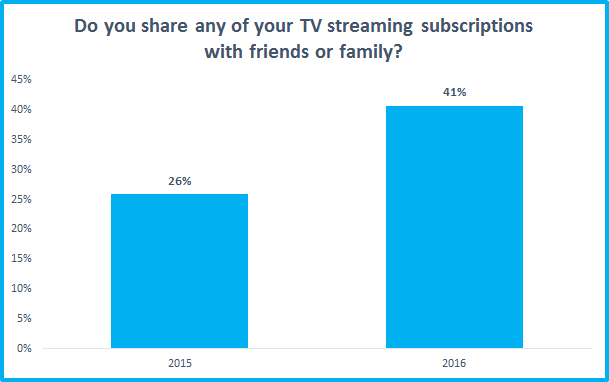 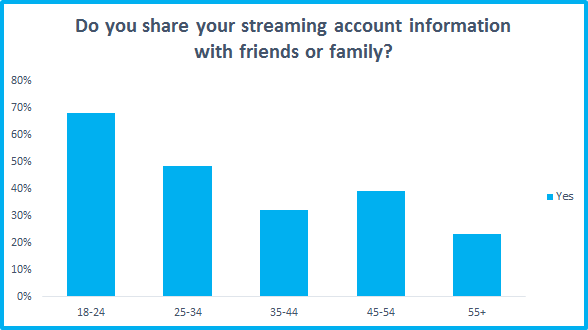 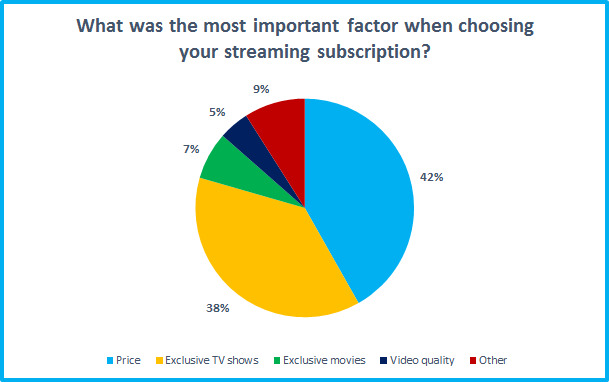 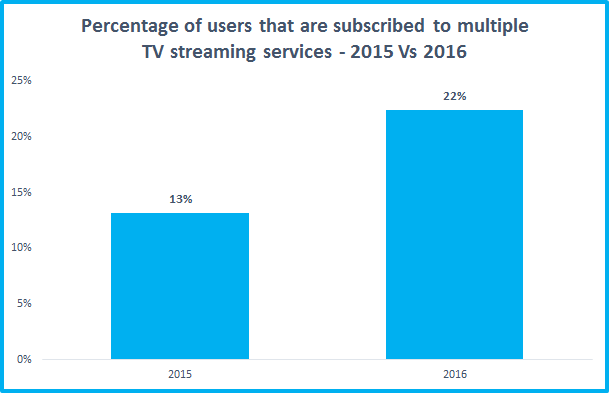