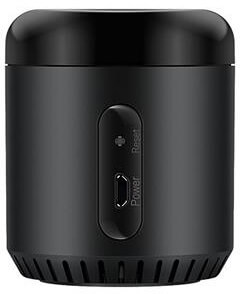 How many remotes have you got at home? It's not just TVs and DVD or Blu-ray players, there are remotes for steroes, speakers and even home appliances. Keeping track of them can be a pain, and replacing a lost remote is sometimes expensive.

But instead of having separate zappers for every bit of hardware you can replace them all with a universal remote that operates via a smartphone or tablet. And this doesn't have to be expensive.

If you’re looking for a cheap and cheerful universal remote solution on a budget, Broadlink has a decent option to get you started. The RM Mini 3 is a compact IR blaster device which links to a phone or tablet over Wi-Fi, communicates with hardware over infrared, and provides additional smart home features. That means it'll work with a multitude of appliances, including technology that was never designed to be smart in the first place.

As cheaper Chinese products go the Mini3 is actually reasonably sophisticated, made with an English audience in mind. The menus are available in both languages, meaning that setup is easy enough with minimal hassle.

Once unboxed, it's simply a case of connecting it via the supplied USB cable for power. It should begin to discover your devices immediately once you’ve downloaded the app and entered your Wi-Fi details. During testing it immediately detected a TV and needed no complex configuration.

As it works with traditional remotes made by most manufacturers you can calibrate it to control your TV, Blu-ray, DVD and many other devices that use IR (such as air conditioners) so it’s a great way to get rid of some of the remote control clutter in your home. But it also offers automatic scheduling features so devices can be controlled on a timer.

The plastic shell will hardly revolutionise gadget design, but you can hide it away or display it proudly on your mantelpiece, and it'll work as smoothly as it does while it's in direct sight of the appliance that it's connected to. It’s a tiny product, and it’s actually reasonably aesthetically pleasing given the materials used.

We didn't lose connection during general use, which is better than expected considering the price point and the method of bridging the devices via IR. It’s compatible with both Android and iOS via a dedicated app, with two versions available for China and the English speaking market. 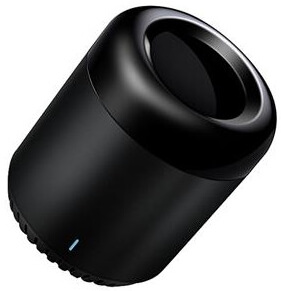 The app itself is fairly basic but it manages to perform essential tasks, such as backing up your data and calibrating appliances for future use. However it comes at a cost, as the device won't be able to connect to other popular universal remote applications found on the market, which means you're stuck with the basic offering from Broadlink. This may be a stumbling block if you’re looking for more advanced features or already have a favored universal remote app.

Despite the relatively basic app though the Broadlink Mini3 holds up in comparison to many of its expensive rivals, especially as it's priced at a fraction of their cost. It's a reliable and capable piece of kit, that belies it's size by being functional enough to justify extended use as you get used to controlling numerous items through a single interface.

It's better than splashing out on a new range of smart tech products, and it won’t break the bank to give it a try. There’s a possibility that it could revolutionise the way you control appliances and gadgets at home, or at the very least allow you to pack away other remote controls and simply rely on a single mobile app.

The Broadlink RM Mini3 is available for approximately £29 from Gearbest.com. Shipping rates apply and costs will vary with currency exchange rates.