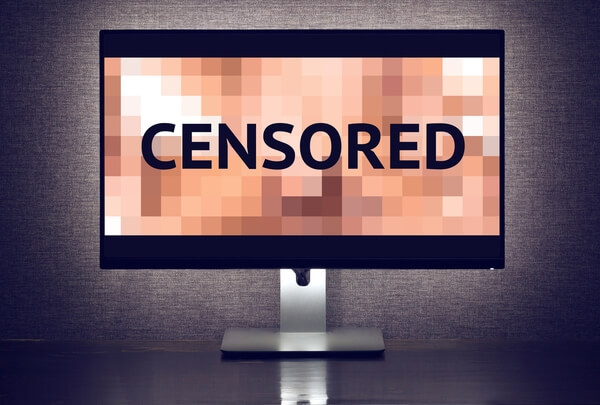 The Digital Economy Bill currently making its way through parliament will give the government incredibly broad powers over our private data and online activities. And one of its most controversial features is a rule to require adult sites to implement age verification or face a UK ban.

Under the plans, the BBFC will rate web sites in much the same way as it does films. Sites deemed to be offering 18-rated content may be required to implement age verification beyond simply asking whether you’re over 18. Sites which are unable or unwilling to comply may then be blocked.

We recently surveyed 2,651 people to find out the public’s opinion of the plan. An overwhelming majority (81%) said they agreed with the idea that adult sites should have age verification. 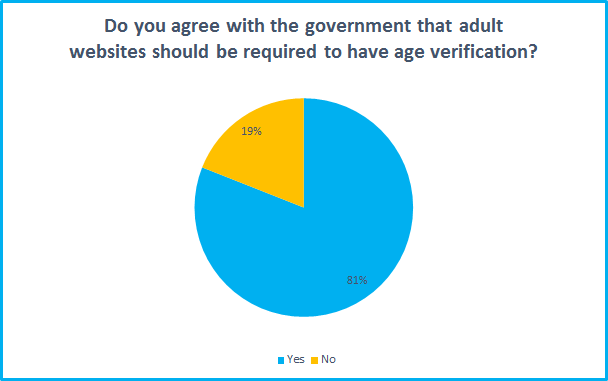 But there are major problems with the proposal. Most concerning is that the age verification - which has yet to be fully defined - is going to ask Brits to hand over their personal information. We will have to trust that this data is being securely stored, or risk an embarrassing public leak of the sort which hit dating site Ashley Madison in 2015. 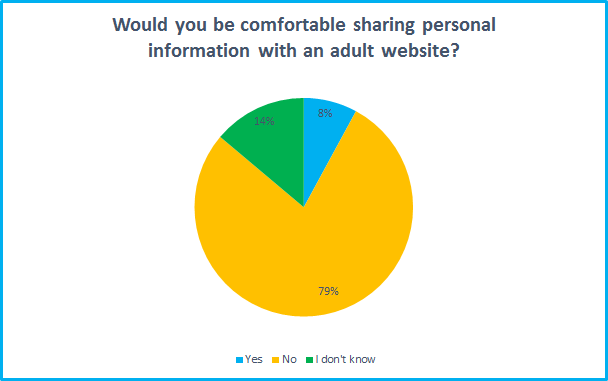 It’s also unlikely to be particularly effective. Sites can only be blocked if the BBFC has classified them, which means they are going to be restricted by how many they are able to review. And as we’ve seen from the efforts to clamp down on piracy, even those which are blocked could still be accessed with VPNs and proxy servers. It will also do nothing to prevent access to pornography via other services, such as peer-to-peer file sharing, Twitter and the dark web.

Most UK broadband users already have access to free web filters to protect children, so the value of another, even more complex, program of limited effectiveness is highly questionable.

In response to the survey, a Government spokesperson said: "Age verification proposals are aimed at protecting children by making sure the same rules and safeguards that exist in the physical world also apply online. We are working with the BBFC to make sure there are appropriate data protection mechanisms included in age verification technology deemed suitable for this purpose." 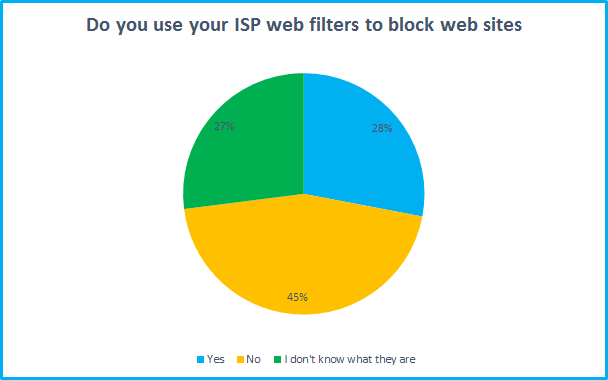 Interview with the Open Rights Group

The Open Rights Group has been a vocal opponent of the Digital Economy Bill, even putting out a parody video poking fun at the idea of the BBFC employing staff to browse adult sites. We spoke to Executive Director Jim Killock about the pitfalls of the bill, and some alternate solutions to an issue that concerns many parents.

Broadband Genie: Is there a risk that the government’s proposal to require age verification to access adult websites pushes people towards more dangerous parts of the web in order to access this content?

Jim Killock: This is possible and depends on how much material gets blocked. The BBFC’s power gives them the ability to block thousands of websites, but they say they will choose to block a smaller number. Either way it would mean people using smaller, less well known sites, and that of course comes with dangers. P2P sites could also find themselves with more traffic, and that is a riskier activity, given that shared files could include malware.

BBG: Could these changes set a precedent for other types of sites being blocked in the future?

JK: Once we have set up a system for blocking websites without court orders, it will be much easier to use it for other legal content – for example material that is legal but considered political. This could set a dangerous precedent, where political content is being censored without any recourse.

Politicians have already discussed other kinds of material that ought to be banned because of the risks posed to children.

BBG: Are there more effective strategies for reducing the risk of a child accessing adult content on the web?

JK: We need to help children to develop the skills to be able to use the Internet safely and understand that there is content that may worry or affect them. Ultimately, we need to teach children and young people to be their own filters.

ORG supports calls for statutory sex education that covers subjects such as pornography and sexting. We also support recent calls by the Children’s Commissioner for digital citizenship to be taught in schools.

Parents also need to take an active role, for example, by supervising young children’s Internet use and regularly talking to older children about what they are viewing online.

Parents can also apply filters to their children’s devices or to their home networks. While these alone will not prevent children from accessing adult content, their use can give parents an opportunity to talk about using the Internet safely.