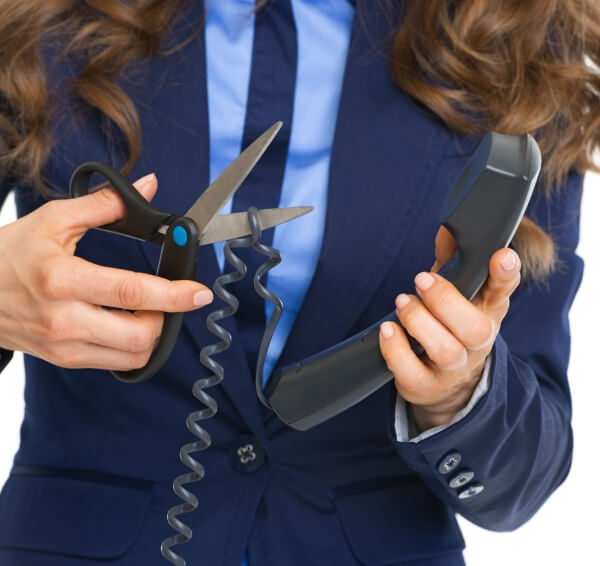 A new survey from ISPreview has found a majority of home broadband users only keep their landline phone because it’s required for internet access.

The survey of 1,900 people discovered that just 14.5% use a landline phone for most of their calls, compared to 77% who use a mobile phone. The remaining 8.5% mainly use VoIP (Voice over IP - such as Skype or Google Hangout).

ISPreview asked the same question in 2013 and found 62% were using a mobile, 30% a landline and only 6% were relying on VoIP.

When asked whether they would stop using a landline if it wasn’t needed for broadband, 67% said they would and 13% said maybe. And 8% said they already had stopped paying for a fixed line telephone service.

Although a landline is currently required for the ADSL and fibre broadband services available to most homes over the Openreach (BT) network, there are options for getting broadband without a phone line. Virgin Media supplies broadband and TV deals without requiring a voice service, and full fibre networks such as Hyperoptic can also provide high speed broadband-only packages.

But it’s not necessarily cheaper to drop the phone line. ISPreview’s Mark Jackson says “anybody expecting to save money by purchasing a standalone broadband connection will be disappointed.”

“In reality the cost of adding a voice (phone) component to an existing copper line is very small and ISPs may also need to recoup lost calling revenues from elsewhere. Put another way, simply cutting out the phone / voice side won't make much of a difference to the overall price you pay for broadband."

ISPreview also looked into the reasons why people were not freeing themselves from the landline by switching to 4G mobile broadband. While price (18%) and speed (13%) are a hindrance for some, 48% said the main reason they don’t get broadband this way is due to the relatively small data allowances offered by mobile services. Three and EE already offer home broadband using their mobile networks, but they are expensive compared to the cheap unlimited broadband you can get from a fixed line.