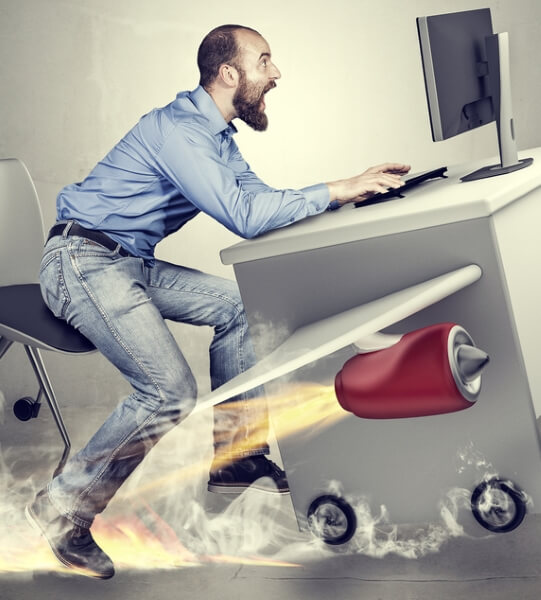 Ofcom has released its 2018 broadband speed study, and it shows a significant increase in the average download speed of a fixed line home broadband connection.

The study used data from nearly 5,000 routers customised by SamKnows and installed in homes around the country.

It found that in November 2017 the average download speed increased by 27.62% to an average 46.2Mbps, compared to 36.2Mbps the previous year.

Ofcom also broke the data down by connection type, which is useful for telling us the kind of speeds you can actually expect when purchasing different kinds of broadband services. For example at peak times ADSL (typically sold as “up to” 17Mbps) had an average 9.6Mbps download, while fibre up to 38Mbps averaged 33.5Mbps and cable (Virgin Media) up to 100Mbps achieved 99.7Mbps.

Later this month the rules for broadband advertising are changing so that providers must display an average speed, rather than the current guidelines which allow them to state the speed attainable by a minimum of 10% of their customers.

But despite the good news the report also highlights the digital divide between rural and urban locations. 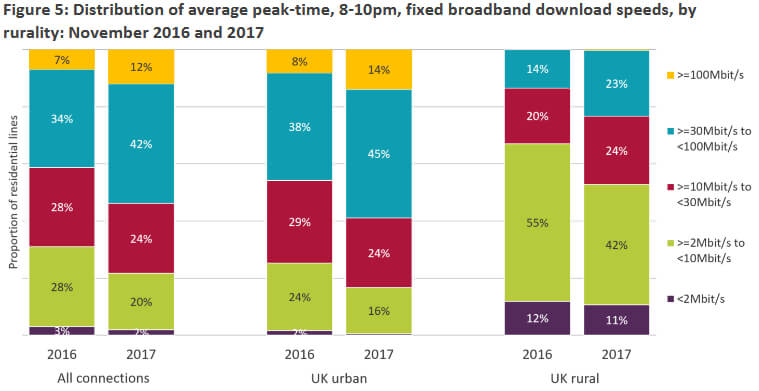 Ofcom found that 53% of participants in rural areas received an average download speed of less than 10Mbps, compared to 21% for the whole of the UK and 16% in urban areas. Of course not everyone will want to upgrade to fibre or cable, but the differences in performance between town and country are evident when we focus on ADSL. In urban locations there was an average 10.7Mbps 24 hour download speed with ADSL, 56% faster than the 6.9Mbps achieved by rural ADSL lines.

Under current plans the government is aiming for 98% coverage for “superfast” (24Mbps+) broadband, and a Universal Service Obligation (USO) to ensure that the remaining 2% can get at least 10Mbps on request.