Could switching broadband save your Christmas? 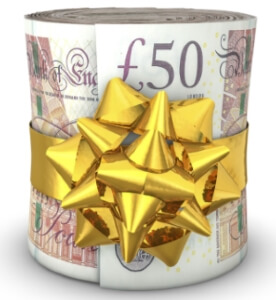 Christmas can be an expensive time of year, and if you’re concerned about money it can put a dampener on the festive season. But you could put a serious dent in seasonal expenses by simply switching broadband providers.

We used data from a variety of Christmas spending reports (Finder, Nationwide, WebLoyalty, Voucher Codes, Deloitte, Experian) and calculated that the average spend at this time of year is £567.27. That’s made up of:

But according to Simplify Digital the average customer saves £227 when switching broadband providers, so with just a little time spent finding a new deal you could cover a big portion of Christmas (and get a fab new broadband service of course).

To illustrate, we have a festive stocking-shaped infographic breaking down the costs and what you could do with the extra cash from a new broadband package.

How do you switch broadband?

You might be wary about switching providers. There’s a staggering choice of deals, and perhaps you’re concerned about being left without service if something goes wrong. Many people will stick with the same provider for years, even though it can end up costing a lot more than someone who regularly switches to get the best prices.

But switching has never been easier. If you’re moving between ISPs on the Openreach (BT) telephone network (for example, BT to Sky, or TalkTalk to EE) then the new provider will do most of the work, so all you should need to do is plug in your new router on the day of the switchover. Under normal circumstances you should not experience more than a short period of downtime when the line transfers.

Moving between Virgin Media and Openreach is a little different because they are separate networks. You’ll need to arrange the cancellation of your old service, and you may need an engineer visit. However you can also let the two services overlap so you still have a connection if something goes wrong.

For more help with this topic we have a guide on how to switch broadband.