Google getting into gaming with Stadia cloud service, but is your broadband good enough? 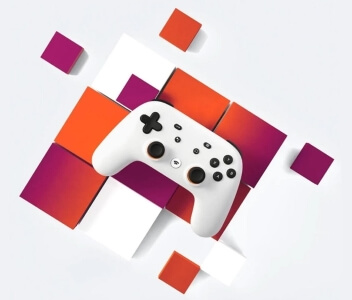 Google is finally making serious moves into the gaming market with Stadia, a cloud-based service that promises to offer instant access to the latest titles without the need for expensive consoles or computers.

Rather than running games on a console or PC in your home, cloud gaming services run off hardware located in server farms and stream the action to players. Because the heavy lifting is being done remotely all you need at home is a controller and net-connected device to access the service.

This removes many of the barriers required to play games as the initial investment is far lower than the cost of a console or gaming PC. It can also allow you to play games wherever there is an internet connection without lugging around a ton of kit, and you no longer need to wait for a game to install. Google is even touting a feature that would allow players to jump straight into a game from YouTube.

But there are still big questions surrounding Stadia, and cloud gaming in general. The major roadblock for many could be their broadband connection. Streaming visually intensive games will require a reasonable amount of bandwidth. Google has not provided details on minimum speeds, but given that like Netflix requires 5Mbps for 1080p video and 25Mbps for 4K video - and that's just streaming without the additional demand of player inputs - it’s likely that fibre optic broadband will be recommended, if not required.

We also have no idea of the cost or business model. Will players just be renting games? Can you pay per-game, or opt for a subscription fee and get access to everything?

It’s easy to see the appeal of Netflix for videogames, but some gamers will be hard to win over. Hardcore or competitive gamers will not accept any level of compromise to visual quality or performance. PC gamers will not give up their powerful systems with customisable hardware and array of accessories. And there are concerns about the ownership and control of games, and what will happen if a title is no longer supported or removed from the platform.

But it seems inevitable that the industry is moving in this direction, and in the not too distant future traditional games consoles could be all but extinct.