Making broadband complaints: How to complain about your home internet 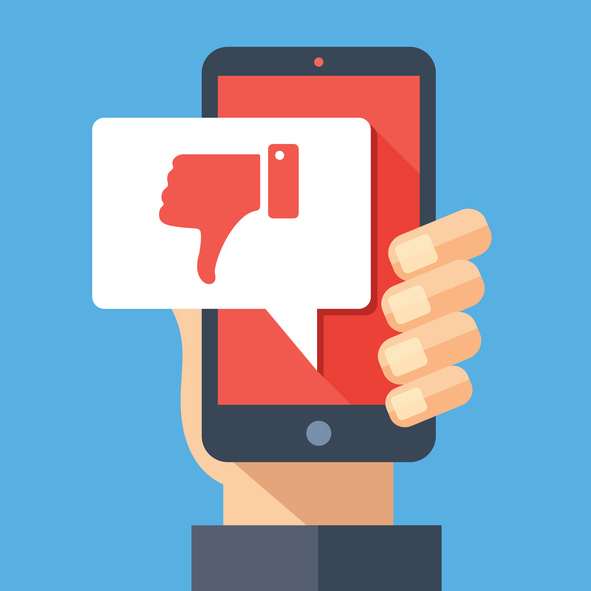 Perhaps your broadband has slowed to a crawl, the phone line’s gone again, or your bill is inexplicably high this month. Whatever it is you’re unhappy about you can exercise your right to complain and perhaps receive some form of compensation, or at least an apology.

But for the best chance at getting a satisfactory response, there are some steps to follow, so here’s what you need to do to successfully complain about home broadband, mobile broadband or telephone services.

Before you make a complaint about broadband

If it’s a technical problem, you can try tackling it yourself first. Most providers will offer troubleshooting tips on their help pages, or you can consult other web sites, such as our guide to troubleshooting broadband. Following these steps can often solve the issue, or at least narrow down a cause.

If you then call technical support they are likely to begin by taking you through similar troubleshooting steps; while that can be frustrating, they have to run through these to eliminate the most common causes before they can investigate further.

When dealing with the provider, keep a record of times and dates of calls, names, copies of correspondence, speed test records, bills and any other relevant details. If an issue is not resolved to your satisfaction this will be helpful should you have to escalate the complaint.

Is it a valid complaint?

Before pursuing a complaint, you need to consider if it’s an issue that’s within the provider’s control, and that it is not a limitation or feature of the service you agreed to when joining.

Broadband speeds are a major point of contention between users and providers. But very often this is not something the ISP can do much about, and they are likely operating within the rules.

It doesn’t mean you shouldn’t ask for assistance if it’s performing below expectations but keep in mind that many factors can impact speed, and not all of them can be pinned on your service provider. For more information see how to complain about slow broadband below.

If your broadband complaint relates to the likes of traffic management or blocked web sites you are unlikely to have much joy as these kinds of limitations will be spelt out in the terms and conditions. Though if you feel they are particularly onerous and you weren’t made aware of them when you signed the contract you may still have a case.

Complaining about the cost of a service is unlikely to change things unless it’s significantly different to the broadband package you were initially sold. However, mis-selling and overcharging should be taken seriously, and you may have a right to cancel if there’s a mid-contract price rise.

How to complain about broadband

1. Speak to your provider

The first step is to get in touch with your provider’s customer service and make them aware of the issue.

All providers should have a complaints policy or procedure on their site which lists how you can contact them and how a complaint should be handled.

Typically you’ll have the option of emailing, calling, or writing. If you’re having trouble finding the details call the regular customer service number and explain you want to make a complaint. Also, request details of their complaints procedure to make sure you follow it correctly and reduce the chance of a grievance being dismissed on a technicality.

They should always attempt to resolve the complaint during initial contact, and you may be offered a resolution right there on the phone.

If this does not result in a satisfactory outcome, it might be time to take it up the chain.

If you feel the complaint hasn’t been taken seriously or satisfactorily resolved you can request an escalation to a more senior level.

The complaints procedure should provide more detail on the precise steps. Typically, it’s as straightforward as explaining that you're not happy with how the complaint has been handled up to this point and asking for the broadband complaint to be escalated to a senior member of staff. What happens at this stage will depend on the ISP's complaint handling guidelines. Often it will be reviewed by a supervisor or manager in customer services, who will decide whether it should be passed to a specific department or someone higher up the chain.

3. Accept the resolution or request a deadlock letter

By this stage, the ISP should have explained their final position on your complaint. They may offer compensation or just more information about their decision.

If you’re not happy with the outcome, you should write to request a deadlock letter. A deadlock letter is a formal confirmation that both parties have been unable to come to a mutually satisfactory arrangement. In some cases, the letter may be sent without prompting.

Once you've exhausted the options with your provider, the complaint can be taken to the ombudsman. But to do so, you will need to have a deadlock letter or show that you have had no contact from the provider for at least eight weeks.

If at any stage you have had no response for eight weeks you can skip straight to complaining to the ombudsman.

4. Complain to the ombudsman

All companies offering services to individuals or small businesses of fewer than ten employees must be members of an Alternative Dispute Resolution (ADR) scheme. For phone, broadband, and mobile providers this is either CISAS or Ombudsman Service: Communications.

To find out which your provider uses consult Ofcom’s list of ADR schemes.

Read the procedures carefully so you understand how to contact the ombudsman in accordance with their rules and are aware of any time limits which may apply.

The ombudsman will investigate your broadband complaint and issue a response. If they side with you, they will recommend a remedy such as an apology, financial compensation, or a change to a provider’s procedures to prevent a repeat of the problem.

Private firms are not legally bound to follow the recommendation of the ombudsman, however, it is unusual for them not to comply.

If the ombudsman’s ruling is not in your favour, there is no right of appeal. If you do not accept this decision, you would need to pursue legal action at your own expense.

How to complain about slow home broadband

Ofcom’s voluntary code of practice for broadband speeds gives broadband consumers more rights when complaining about speed, including the right to leave a contract early without penalty. Not every provider has signed up, but if you are with BT, Sky, TalkTalk, Zen, or Virgin Media then you are covered by the code.

Before approaching the ISP, you need to have an idea of what speed you should be getting as well as its current performance.

When you sign up for a broadband service, the provider should supply an accurate speed estimate. Keep a record of this - if it was displayed on a web site take a screenshot, or request written confirmation.

If broadband speed falls significantly below this estimate, then you have grounds to take it further. You can check with a tool like the Broadband Genie speed test. Run multiple tests at different times over several days to eliminate peak time slowdown, network outages and other temporary issues.

Providers who have signed up to the code have agreed to treat speed complaints as a technical support issue and to follow standard procedures to resolve them. They will run tests to confirm the speed, probably ask you to perform troubleshooting steps, and may send out an engineer if their diagnostics indicate a problem with the line.

If the speed does not improve following this, you have the right to cancel your contract without charge. The ISP may offer an alternative resolution such as reduced pricing, but you are not obligated to accept this.

The broadband speed code of practice can be helpful for anyone suffering from a broadband service that is running far slower than advertised. But make sure to follow the process correctly to avoid any unexpected cancellation fees. And keep in mind that the code of practice is voluntary, so not all providers will adhere to this process. However, you are still protected under standard consumer law - see our guide to broadband consumer rights for more information.