What is powerline networking? 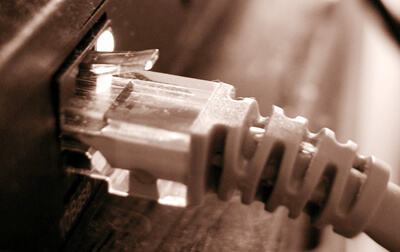 There’s no doubt Wi-Fi is a wonder of the modern age, making it effortless to connect devices across your home without the need for wires. But sometimes Wi-Fi isn’t the answer, and there are occasions when you need to complement your wireless with other solutions.

For times when Wi-Fi doesn't have the reach, we've got powerline networking, an affordable and easy way to use wired networks.

What is a powerline network adapter?

Powerline network adapters - aka HomePlugs - are devices which transmit data over electrical wires, transforming an electrical circuit into a data network. This allows you to create a wired network with minimum effort, and without the need for miles of cabling snaking throughout your home or office.

To get started with powerline networking, you only need two powerline adapters and a couple of network cables.

One adapter is plugged in next to the home broadband router and linked with a network cable. The other adapter can go anywhere on the same electrical circuit, which for most of us will be anywhere in our home. The other end could provide wired connectivity to a device (such as a computer or games console) in another room, or extend a wireless network using a powerline Wi-Fi booster.

Powerline adapters usually connect automatically and do not require software. Once you’ve got that second adapter powered up, you can bring internet connectivity and home networking to any devices on the other end right away.

What kind of HomePlug adapter should I buy?

There’s a massive variety of powerline gear with many added extras to suit most requirements, so what should you be looking out for when buying?

The key differentiator to consider when choosing a powerline adapter is data transfer speed.

Early HomePlug models were only capable of a puny 14Mb transfer rate, but today's entry-level models offer 200Mb or 500Mb, and the latest hardware boasts of speeds of 1200Mb+.

However, you should take advertised speeds with a pinch of salt. 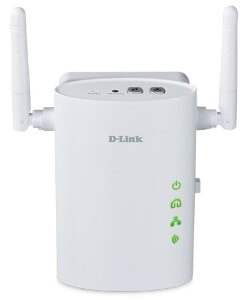 (Remember: Mb or Mbps is a measure of speed in Megabits Per Second, not to be confused with megabytes or MB, which is the size of a file. At a transfer rate of 100Mb it would take eight seconds to move 100MB of information).

Consider how this will impact your usage. If you’re using powerline adapters mainly for web browsing, then a 200Mb adapter will easily suffice. But if you’re planning on streaming high definition video or frequently transferring large files, then it’s worth investing in faster adapters.

Take your broadband speed into account too or you could find the performance takes a hit when using the powerline connection. Anyone with fibre broadband will want to get a powerline device capable of 500Mb or faster. If you’ve got a speedy connection, like Virgin Media’s 518Mb fibre, you should use the fastest powerline adapters available to avoid limiting the broadband performance.

Finally, it's important to check the network interface on your devices. For a long time, the standard speed of a wired network connection was 100Mb, and lots of computers and other hardware will be limited to that rate. But newer equipment may support faster gigabit ethernet.

If you’re planning on using powerline networking for speeds above 100Mb, you’ll need to make sure you've got a gigabit connection. 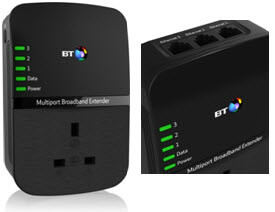 A basic HomePlug will have a single ethernet port, but some models offer several network connections so you can connect multiple devices.

The multiport adapters are usually only a little more expensive and worth it even if you don’t need those ports right away. Otherwise, to add more ports you’ll either need to replace the adapter or use a network switch (which aren’t expensive, but it’s additional clutter).

Some adapters will also have pass-throughs for the power socket; not an essential feature, but a useful thing to have if power points are at a premium.

Some powerline adapters also act as Wi-Fi boosters which is a great way to bring wireless connectivity to areas of your home where the signal is weak or nonexistent.

Compared to Wi-Fi repeaters which amplify a weak signal, the connection should be faster and more stable, though you will still lose some performance. Also, be prepared to pay a bit more for this capability.