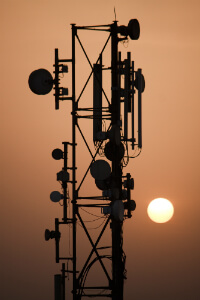 It's fair to say many of us take getting a mobile signal for granted nowadays, especially in our towns and cities. It can be a rude awakening to lose signal in a train tunnel, or when heading out into the countryside!

But as smartphones become more commonplace, their uses more complex and connectivity options more plentiful, how you connect can be a minefield.

If you're just wanting to send a text or have a chat, any signal should suffice. However, when it comes to tasks that involve transferring data, such as surfing the web, social networking, using sat nav and emailing, you tend to need a stronger, more reliable connection.

Below we'll go through the various types of mobile network, before looking at Wi-Fi, Bluetooth, GPS, 'bands' (when roaming) and femtocells.

Some of the terminology used below may be new to you. Things should be relatively straight forward, but we haven't gone into detail such as explaining what acronyms mean here - for more detail on these technical terms, see our glossary.

Whenever your smartphone is on, it's likely to display a letter or mini phrase next to your signal strength to let you know the quality of the network you're currently connected to. This will be either GPRS, 2G or EDGE (often just an 'E') for a 2G network, 3G or HSPA (3G, 'H' or 'H+') for a 3G network, 4G for a 4G network, and 5G for a 5G network. 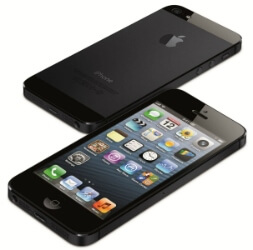 In simple terms of quality, 5G is best, followed by 4G, H+, H, 3G, E and then GPRS/2G. However, other factors (anything from the weather, or if you're moving or in a building, to how many people are sharing your particular part of the network) will also play a part in the performance of a mobile data connection.

2G networks (which can also be seen described as GSM) are now pretty old technology (becoming common around 1992), but cover the vast majority of the UK. they were designed primarily for voice and text, and are all that's needed to get your mobile phone conversations and text messages from A to B. 2G networks are also capable of transferring data, but only very slowly and unreliably. This was improved by GPRS (sometimes called 2.5G) and then EDGE before 3G networks started to take over. The maximum data speed a 2G network is capable of is 473Kb - about half a megabit (Mb) - but you're not likely to get anything close to that.

3G networks are a progression from 2G, starting around 2001, and are primarily designed to handle data transfer. Standard 3G (sometimes called UMTS) is capable of speeds up to 2Mb. HSPA improves 3G technology, upping the theoretical top-end mobile broadband speed. It has been further improved by HSPA+ and DC-HSDPA, the latter of which has been widely deployed by Three across the UK to deliver mobile broadband speeds approaching 4G performance.

4G is the fastest mobile internet most of us can get right now. The first 4G network was launched in the UK in November 2012 by EE, and all the networks now offer 4G services. While coverage is not quite as widespread as 3G it is available in many locations.

5G is the very latest generation of mobile communications. It's extremely fast, but coverage is currently very limited. Like the early days of 4G, it's mainly found in specific locations in major cities.

These are small base stations that connect to your fixed-line broadband connection at home or at work, using your internet line to boost your mobile phone signal.

Femtocell technology has been around a while but has largely failed to catch on at consumer level. In the majority of cases, femtocells have limited appeal - but they can be a bit of a lifesaver too. If your office or home suffers from terrible mobile reception, a femtocell could make all the difference. At present only Vodafone offers these for sale, under the name 'Sure Signal'.

What is Wi-Fi and do I need it?

A lot of modern devices, including smartphones, come with the ability to speak to other devices over a 'wireless local area network', or WLAN. The set of standards for this way communicating are called IEEE 802.11, and trade group the Wi-Fi Alliance lets any item conforming to its certification process carry the Wi-Fi logo, hence the fact Wi-Fi is now the commonest of the terms used to describe this form of connectivity.

When it comes to smartphone use, Wi-Fi is usually associated with 'hotspots' - places such as cafes, airports, stations, etc where you can get online via your phone, laptop or tablet. Wi-Fi is also standard in homes thanks to wireless broadband routers, while ambitious projects have seen larger areas covered by huge Wi-Fi networks; for example, London had a big Wi-Fi network for the 2012 Olympic Games.

All smartphones support Wi-Fi, and it can save a lot of money (as you won't be using up your allocated mobile data allowance) while often giving you a faster, better broadband connection when in Wi-Fi hotspot range.

If you think Wi-Fi could be a big part of your smartphone plans, look out for a broadband provider or network  - such as Sky or BT - which offers free Wi-Fi, or has a good selection of Wi-Fi hotspots on its roster. But remember a lot of Wi-Fi hotspots will still cost you extra to use - they're not all created equal.

Bluetooth is another wireless technology but is designed to be used over much shorter distances than Wi-Fi. The most common purpose is for wireless Bluetooth headphones and earpieces, but it is also used to transfer data over very short distances, by 'pairing' with another device.

Again, you will find this is supported on all phones as well as tablets, laptops, and many other devices.

A 'Global Positioning System' is used to plot your position via satellite, allowing you to use a smartphone as a sat-nav. Standard GPS is fine, but if it's something you'll be using a lot it's worth enabling A-GPS. This 'Assisted' GPS uses data connectivity to improve performance and accuracy.

Mobile networks the world over can operate on different frequencies meaning that if the smartphone you buy doesn't operate on a particular frequency 'band' it may not operate in certain countries.

If you're within Europe, you'll find that any dual-band mobile made to European specification (900MHz and 1800MHz) should suffice. If you head to most parts of North or South America, Canada, or the Caribbean you'll need a triband handset that adds the 1900 MHz frequency. However, some parts of the Caribbean, South and Central America use 850MHz - for these areas, you'll need a quadband smartphone.

If in doubt, check the individual country you're heading to. This Wikipedia page is useful, but always be sure to double-check your information elsewhere.

Once you've picked up a smartphone you can use abroad, be sure to check out our mobile data roaming tool before you set off - if used for internet access smartphone roaming can be an expensive hobby!