How to use a mobile broadband dongle with Android, iPad, and Windows tablets 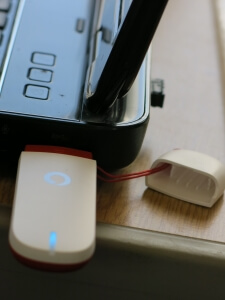 Tablets are a popular gadget for travellers and commuters as an alternative to a bulkier laptop, especially as affordable Bluetooth keyboards can transform them into full-fledged computers.

But what can you do about internet access if there's no Wi-Fi? In this guide, we'll explain how to use a mobile broadband dongle with a tablet like the Apple iPad or Samsung Galaxy Tab so you can stay connected with a tablet during your travels.

A quick note before we delve into the technical side of things - it's crucial to consider the data allowance when using mobile broadband.

While most home broadband services are unlimited, the same is not true of mobile. While there are some unlimited deals (see the section on unlimited mobile broadband below) most have data usage limits.

You need to think about how, and how often, you'll be using mobile internet. Choose a data cap that's too low, and you'll run out of allowance or face extra charges; too much and you're paying for something that's not being used to its full potential.

If you're not sure what this means or how to go about selecting the right data bundle, our guide to mobile broadband data usage can help answer your questions.

If you have a Windows tablet like the Microsoft Surface, you can skip to the Windows tablets section below. Also, if you have an Apple iPad you’re out of luck as there’s currently no way of getting a USB dongle to work on Apple hardware, so you’ll want to scroll down for alternative solutions.

That leaves Android. It is sometimes possible to use a USB dongle with Android tablets but may be technically tricky to accomplish, and is rarely officially supported.

The first stumbling block is that Android does not have native support for USB mobile broadband dongles. When you plug it in your tablet has no idea what the dongle is or how to use it.

That's assuming you can plug it in at all, of course, because the other barrier is that only a minority of tablets have full-size USB ports, and most use micro-USB or USB-C. However, USB adapters are cheap and can provide an interface for devices like portable hard drives, card readers, or perhaps even a mobile broadband dongle.

Another issue is that your Android tablet will need to be rooted (which is similar to jailbreaking on an iPad or iPhone). An online search should provide instructions for your specific hardware, but be warned that it can be tricky and may void the warranty.

So assuming you have a USB port or adapter and a rooted tablet, how do you use a USB dongle with a tablet?

There is an app on the Google Play store called PPP Widget, which claims to solve this problem. There are positive reviews claiming success, but you have no guarantee it will work with a particular tablet and dongle combination. It’s an amateur project, and with so many dongles and tablets out there the developer cannot account for every possible setup. But it is free and relatively straightforward to use so it can’t hurt to try.

But given all the potential problems, we'd recommend just buying a mobile Wi-Fi dongle instead.

Trying to get a USB dongle to play nicely with an Android tablet is likely to be more hassle than it’s worth. Most of us would be far better off with a mobile Wi-Fi dongle. 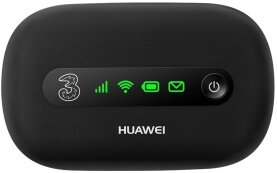 These useful gadgets create a Wi-Fi hotspot, eliminating the need for a physical link (though a USB cable is still an option if you need it). That’s not only a painless way of sharing a single mobile broadband connection but also means the Wi-Fi dongle will work with anything that supports wireless - including Android and iPad tablets.

Wi-Fi hotspots are typically more expensive than USB dongles but still affordable. Expect to pay around £30 new for an entry-level model if you buy outright, but they are often free with a new mobile broadband contract.

With so many advantages and a relatively low cost, we would recommend a Wi-Fi dongle over USB even if you don’t have any immediate plans to use it with more than one device.

If you know you’ll be using mobile broadband frequently and haven’t yet purchased a tablet, an alternative to a dongle setup you might consider is a tablet with mobile data support. This will have a SIM card slot and the necessary hardware to access mobile networks without additional devices. 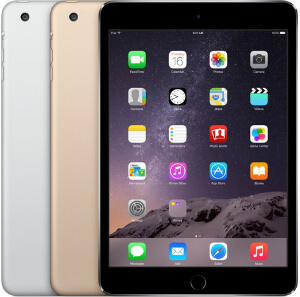 It’s also possible to use an Android or iPad tablet with mobile support as a Wi-Fi hotspot by enabling the Wi-Fi tethering feature that’s now a standard part of the operating system.

However, there are some downsides to this approach. For starters, the cost of the tablet is higher than equivalent Wi-Fi versions - an iPad mini with mobile support adds around £100 to the base price. A tablet on contract can reduce the pain by giving you a subsidised or free device, but this will likely come with a reasonably large monthly payment to the network.

Upgrading isn’t possible either. If you want to take advantage of a newer network standard or use it abroad on a network with a different frequency the entire unit will have to be replaced (but you could still pair it with a mobile Wi-Fi dongle).

Windows tablets don't have a great reputation compared to Android and Apple, where the operating systems are optimised for touch screens. But since Windows 8, Microsoft has made it far more comfortable to control everything with just a finger. There’s also been a surge in the popularity of tablets running the Microsoft OS thanks to some ludicrously cheap deals that mean you can pick up a portable Windows computer for under £100. 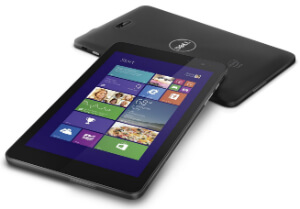 If you have a Windows tablet using any dongle should be painless, though some Windows tablets may only have a micro-USB socket so you'll need an adapter. And tablets are not always able to supply enough power and may require a powered USB hub. But generally, it should all be far more accessible than Android since everyone makes drivers for Windows.

There are Windows tablets available with integrated mobile broadband, but these tend to be higher-end models rather than the ultra-cheap gear found on Chinese marketplaces. If you do go for a Windows tablet with mobile support and buy it from an international vendor, be sure to confirm that it supports the correct frequencies for your network.

One final note with regards to Windows devices: there was a version of the operating system called Windows RT, which was designed specifically for portables. This edition is not compatible with most Windows applications and may not work with your dongle. It is also now outdated, unpopular, and will not be upgraded beyond version 8.1. If mobile broadband support is important it is worth switching to a newer device with Windows 10.

Most mobile broadband plans have a data limit, but there are some options for unlimited data. Here are a few of the best packages currently available.