Read our privacy policyOK
You can still switch, usually with no home visit needed - Advice on broadband & COVID-19
We protect your data 4.4/5 in customer satisfaction Free, unbiased and up-to-date 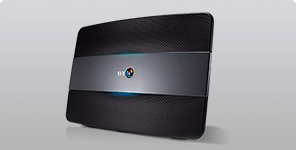 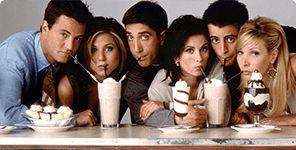 BT began life way back in 1846 as the Electric Telegraph Company. Later, the Post Office took over and held the monopoly on telecommunications in the UK until 1981, when the newly formed British Telecom became an independent organisation.

Today, BT is the largest broadband provider in the UK. Not only does it have a huge number of subscribers, its subsidiary BT Openreach owns and maintains the nationwide telecoms network which provides much of the country’s phone and broadband services; other ISPs such as Sky, TalkTalk and EE resell Openreach services for their own offerings.

In addition to its broadband and phone packages, BT also now offers a TV service that provides an affordable alternative to premium TV deals.

What speeds do you get with BT packages?

To suit different budgets and requirements, BT offers two types of broadband for its home and business subscribers with a variety of internet deals for each.

ADSL is generally the cheapest way to get broadband, with low setup fees (unfortunately BT rarely offer free-setup broadband) and running costs. But it’s important to note that due to limitations with the technology the speed of any ADSL service is affected by how far your home is from the exchange - at the very end of the line speeds will be far below the maximum “up to” speed.

BT Infinity - fibre optic
Fibre optic broadband provides much greater performance than ADSL, with download speeds up to 52Mb or 76Mb and upload speeds up to 20Mb. It is available to more than 80% of premises, and unlike ADSL the actual performance is usually very close to the “up to” speeds. Fibre is a great option for busy family and shared homes, or for anyone who simply wants to enjoy fast downloads and effortless video streaming. Prices are slightly higher than ADSL, but not by a huge degree so it remains very affordable.

All BT deals include a phone line (the price you see in the comparison tables includes line rental), and depending on what BT package you select the bundle may include free calls too.

BT offers several packages to help save money on phone calls. Phone deals can offer inclusive weekend or evening calls, or free anytime calling, and there are deals for international numbers.

If you don’t use a landline for calling and only have it for broadband, there are basic phone packages without additional inclusive calling fees where every call is charged at a set rate.

BT offers - what extras and deals do you get with BT Broadband?

A BT subscription doesn’t just give you great value broadband and phone, you’ll also benefit from some free extras which are included with all packages.

BT’s Home Hub Wi-Fi router is well regarded, with a reputation for delivering fast and reliable wireless networking. It can also be used as a wired router, with four Ethernet ports on the rear. This is included free of charge with all BT deals, though postage may apply.

BT Wi-Fi is a nationwide wireless hotspot network that offers internet access in pubs, cafe’, restaurants and many more locations. As a BT broadband subscriber you get free access to BT Wi-Fi hotspots to stay connected on the move without using mobile data.

BT broadband bundles include free storage space on the BT Cloud service for backing up and sharing files. The amount of storage varies with each package, but you will get at least 5GB.

BT offers parental controls to safeguard your family. These web filters can be setup to block certain categories of content, and can be controlled with a timer that disables the filters when the kids are in bed. If you do not want this feature it can be completely disabled.

Want to nab a broadband bargain? Keep an eye out for special offers on BT packages. BT is frequently available with extras such as shopping vouchers and pre-paid credit cards.

Can I get BT broadband?

BT is widely available across the UK. The majority of homes and businesses will have access to at least ADSL broadband, if not fibre optic too.

However, there are places where the choice is more limited and ADSL might be the only option. This often affects rural locations but there are still some urban areas without fibre optic access. And in a minority of cases ADSL might be very slow or completely unavailable. This is most likely to occur in the countryside where homes can be very far from the exchange.

Is BT broadband available in your location? This is easy to check right here on Broadband Genie. Simply enter your postcode into the postcode checker field on our comparison tables and deals will be filtered by location, based on the services available at your exchange.

In addition to our location check, BT itself will check and confirm availability before your broadband order progresses so you do not sign up for a package which can’t be installed. You will also be provided with an accurate speed estimate to get an idea of what performance to expect.

For more information about broadband coverage visit our local broadband hub, which includes guides to many towns and cities.

BT isn’t just one of the most popular broadband ISPs in the UK, it also offers a TV service that provides excellent value for money. With a BT TV deal you can enjoy many top entertainment channels at a low cost, as well as loads of extras on top.

What’s available, and how does it work? Read on to find out more!

What is BT TV?

BT’s TV packages are an alternative to the premium services from Virgin Media and Sky. Rather than delivering TV over satellite or cable, BT TV uses a smart YouView box to offer both regular Freeview broadcasts and optional premium channels, alongside loads of extra content that can be streamed over the internet.

BT TV’s YouView box is much more than a Freeview receiver. The clever YouView interface allows you to easily access shows on catch-up by going back in time on the EPG (Electronic Program Guide). It has catch-up players for BBC, ITV, Channel 4 and Channel 5 built in, and BT TV has added lots more content which can be streamed on-demand.

BT TV offers three different boxes. The basic YouView box is a compact set-top player which provides live pause and rewind, but does not have recording capability.

The next step up is the YouView+ box. This adds a built-in hard drive for recording up to 300 hours.

Also available is the YouView Ultra HD box. This can record up to 600 hours of TV, but also supports UHD (4K) resolutions for the best possible picture quality.

Regardless of which box you choose, you’ll get access to the same range of catch-up players and on-demand content, including movies to rent.

BT offers three base TV packages which you can customise with optional extras.

All BT TV packages - from the cheapest to most expensive - include some fantastic free extras. All subscribers get the full BT Sport pack which includes BT Sport 1, 2 and 3, BT Sport ESPN and BT Sport 4K (YouView UHD box required). You also get free access to the AMC HD channel, with popular shows such as The Walking Dead.

In addition to everything else, BT also offers mobile phone plans and handsets. And if you’re a customer of BT Broadband you can get £5 off the monthly fee for any of their mobile deals.

As a provider of broadband, phone, TV and mobile services BT is among the few companies in the UK which can offer triple play and quad play deals. By bundling multiple services together you can save money over using separate providers, simplify your billing and take advantage of special offers which may not be available to other subscribers.