109 channels. Available through a YouView+ box with Pause/Rewind functionality and up to 300 hours of recording. Premium content is available through AMC and BT Sport which is available for free until 31st July. BT package also includes the BT Store, catch up TV as well as the BT TV app. 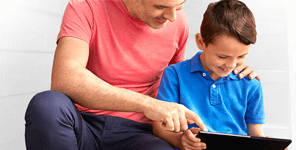 47 channels. Available through a YouView+ box with Pause/Rewind functionality and up to 300 hours of recording. Premium content is available through AMC and BT Sport which is available for free until 31st July. BT package also includes the BT Store, catch up TV as well as the BT TV app.

What is BT TV?

BT TV combines a smart TV box, premium channel options and Freeview broadcasts to offer a flexible and affordable TV service which can be customised to suit your budget.

What do I get with a BT broadband and TV bundle?

BT TV and broadband packages include:

An active phone line is required for the broadband service. The price may include some inclusive calls, or you can opt for free anytime calling for a small extra fee.

Your TV bundle includes a BT TV YouView box and one of three BT TV packages offering a variety of channels and extra content.

BT TV and broadband deals include the following free extras:

What is the BT TV YouView box?

As well as receiving Freeview broadcasts, the BT TV YouView box gives access to premium channels, and streaming and catch-up TV such as Netflix and BBC iPlayer. The YouView box can pause and rewind live TV, and some models include a hard drive for recording.

The type of YouView box you receive with your entertainment bundle will depend on your package. The entry level BT TV packages will come with the basic YouView set top box, whereas more expensive deals come with YouView+ which offer recording and Ultra HD access.

The basic YouView box has a single tuner and supports rewinding and pausing live TV for up to thirty minutes. YouView+ includes two tuners and either a 500GB or 1TB hard drive for storing recorded TV shows. The dual tuners also mean that you can record one show while watching another, or record two shows at the same time.

What channels can I get with BT TV?

As well as Freeview channels such as BBC, Channel 4, Dave and Film4, BT TV also shows premium content, including:

The channels in your line-up will vary depending on the selected TV package.

While BT TV does include all the Freeview channels, you also get the option of premium channels like those found on satellite and cable TV, integrated catch-up and streaming, and  movies and TV shows to rent or buy. The BT TV YouView is more advanced than many Freeview boxes, too, with live pause and rewind, recording and catch-up TV integrated into the planner.

What should I look for when comparing BT TV deals?

Before you do anything, enter your postcode into the postcode checker on our comparison table. This will show what broadband services are available in the area.

With that out of the way, consider the following when comparing BT TV deals...

The entry level BT TV Starter pack includes a basic YouView box (with live pause/rewind but no recording) and is a good option if you just want a cheap TV deal with the option to add channels later. The other packages provide more channels on the top of the Freeview line-up.

BT TV is available with speeds of 17Mb, 52Mb or 76Mb. Choose a package that’s appropriate to your needs - our guide to broadband speeds can provide more help.

You’ll be committed to paying for the service for this length of time, and cancelling early incurs a fee.

The phone package may include some inclusive calls. If you frequently use the phone, anytime calling can be added.

The fixed monthly cost including broadband, phone and TV. It does not include extras such as premium channel add-ons or phone calls.