Find out about the best BT Sport offers below

On this page you’ll find Broadband Genie’s guide to the world of BT Sport. We’ll examine what you’ll get from BT Sport packages, as well as examining the other sporting television options available to you – not to mention the benefits of doubling down with some added broadband thrown in.

Why should I get BT Sport?

As soon as BT introduced its BT Sport offering in 2013 you knew it meant business. With around twice as many broadband subscribers as anyone else it already had the UK’s largest captive audience – and a great sport package was what it needed to put the icing on its digital television deals.

BT Sport now offers a collection of ten dedicated sports channels in both standard and high definition, which are available across a wide of range of both its own and its rivals’ subscriptions. So if you’re a true sports nut – and especially if you’re into footy, rugby, motorsport, cricket or UFC – read on. Alternatively, if you like what you here, you can buy on the BT site by following the link below:

BT Sport – the home of the UEFA Champions League

Right through until 2021, BT Sport is the only place you can watch every single Champions League match. It also has 42 exclusive Premier League games scheduled for the 2016-17 season, meaning that if you want to catch every live televised game this season you have to add BT Sport to your Sky Sports deal too.

But it’s not just these two premier (ahem) competitions. Soccer fans can also enjoy plenty of Emirates FA Cup coverage, alongside the UEFA Europa League and the Scottish Premiership. And if you love your European football, there’s coverage from all the biggest and best leagues: Italy’s Serie A, France’s Ligue 1 and the German Bundesliga.

What other live sports do BT Sport packages offer?

But it’s not just about the footy. Here’s a selection of some of the other world class sport you can catch across BT’s seven dedicated sports channels:

The Ashes: In 2017-18, BT Sport will be the only place to watch cricket’s oldest and best rivalry play out live, as England take on Australia for The Ashes. It’s the feather in the cap of an already impressive cricketing roster, as you can already enjoy all of Australia’s other test matches, ODIs and T20 games – as well as the Aussie Big Bash League and the Women’s Big Bash League.

Ultimate Fighting Championship (UFC): The world’s premier mixed martial arts championship is one of the fastest growing spectator sports on the planet – and BT Sport is showing more than 30 of its biggest live events each year. And that includes the big pay-per-view shows that no true UFC fan can afford to miss.

Rugby Union: BT has nailed down the exclusive rights to Aviva Premiership Rugby until 2021, with 69 live matches planned for the current season. And it also has coverage of the European Rugby Challenge Cup and Champions Cup, so you can follow your favourite teams into Europe’s two most prestigious club competitions too. 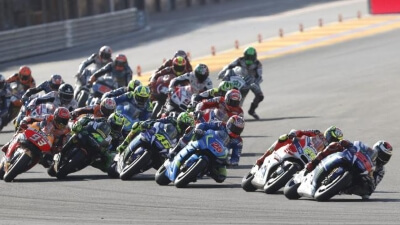 Motosport: On two wheels you can enjoy all the MotoGP, Moto2 and Moto3 races – as well as all the warm-ups and practices. And on four there’s coverage of both the FIA World Rally Championships (all of the 26 stages), as well as German Touring Cars and the full IndyCar season from the US.

And that’s just the tip of the iceberg. You’ll find coverage of some of America’s most popular sports (both the NBA basketball and MLB baseball, as well as college football), plus world class tennis, hockey – even poker! And remember – ESPN is now also a BT Sport channel.

All the latest technology

While the BT Sport channels are already available in full HD, you can now go one step further with its new 4K UHD channel. Ultra-high-definition means you can enjoy the UEFA Champions League, Premier League, FA Cup and the Aviva Rugby Union at four times the definition of standard HD – it has to be seen to be believed.

And you can enjoy BT Sport on the go. If you have an iOS, Android or Windows 10 device – be it a smartphone, tablet, laptop or PC – you can download the BT Sport app for free as part of your subscription. You’ll be able to catch all the best bits of the Premier League, FA Cup and European matches anywhere you can get an interweb connection – with the added bonus of multi-angle replays and stats. And if you do miss the game because you’re at work, on a plane etc, it’ll be there on catch up for you as you head home.

How do I get BT Sport packages?

One of the absolute highlights of BT Sport is that, if you’re a BT TV subscriber through your BT broadband connection, it is totally free. As prices go, you can’t beat it (although you’ll need fibre broadband, otherwise you can only benefit from the app).

But it’s not only BT Broadband users that can benefit from a BT Sports subscription. There are plenty of ways to tune in:

If you go for a Virgin Media deal you can get all four of the main BT Sport channels, along with all the Sky Sports channels, in a single package – as well as being able to watch them on the Virgin TV Anywhere app. This all comes as part of its top-of-the-range Full House and VIP bundles and you can grab it as an add-on on other packages.

If you’re a Sky subscriber, you can add BT Sport to Sky TV for less than £30 per month (it’s a little cheaper if you don’t mind missing out on HD) – and you can do this on either a 12-month or month-to-month subscription (the latter of which is slightly more expensive, but while it isn’t cheap it does offer great flexibility).

It’s a similar story for TalkTalk TV customers, who can also subscribe to the four main BT Sport channels (but only in standard definition) on a rolling month-to-month contract that you can buy for just over £20 per month.

Five reasons why you should get BT Sport

If you’re on the fence about investing in a BY Sport package, here’s our top five reasons it’s worth a punt right now:

2. The no-nonsense of UFC: Sure, it has some razzmatazz and some big name stars – but after years of suffering the pathetic posturing of boxers, it has been a pleasure to get behind the stars of the UFC. Generally down to earth, these people seem so much more grounded – and pound-for-pound its way more exciting.

3. The cream of the crop: In cricket, if you’re an English fan, The Ashes is the top of the top. If you’re a football fan, anywhere, The Champion’s League final is the big one. BT Sport has shown its commitment to sport by landing them both.

4. Unbeatable value: If you’re a sport fan and a BT Broadband or TV subscriber, you’re in heaven right now. Getting this quality of sport for free is never going to last forever, so enjoy it while you can!

5. Glorified rounders: Sorry, but call it what you want – we love our baseball here at Genie Towers! You can’t argue with the commitment of teams that play 162 regular games in a single season – especially when at the end if it all the (slightly loftily named) World Series often goes right to the wire.

If you’re now convinced that a BT Sport package is the way forward, you should take some time to consider your all-round home entertainment package. With a saturated market it is always a good time to switch, and it has never been easier to do so. Check out BT Sport's offers on the BT site below:

All the leading UK broadband suppliers offer great deals to switchers, with anything from free periods (anything up to six, 12 or even 18 months) to free gifts and vouchers. And you’ll also tend to find the best deals go to those who ‘multi buy’ – getting their TV, broadband and even mobile together on a single package.

Not only can this save you money, but it’s also super convenient. You only have a single bill to process, as well as a single point of contact if you want to alter your subscription – or if anything goes wrong. So take a good look at all Broadband Genie's great deals before making your final decision – and enjoy the game!