We found 97 deals for you in 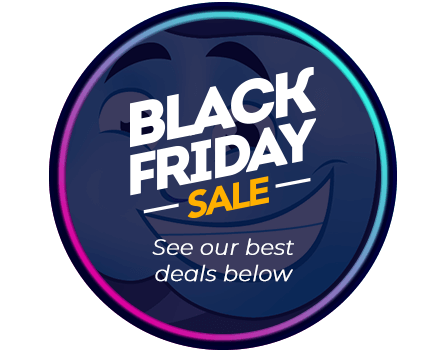 Currently showing 10 of 97 deals which match your search

What is a sponsored deal?

Sponsored deals are packages which are either recommended by Broadband Genie or paid for by a provider.

Currently showing 10 of 97 deals which match your search

What is unlimited broadband?

Unlimited broadband is an internet service that has no data usage limits to restrict how much you can use the connection.

It is cheap and widely available, and in this guide we’ll explain why you should get an unlimited package.

Should I get unlimited internet?

We recommend that everyone gets an unlimited broadband deal.

Unlimited home broadband is available from a huge range of providers with a vast choice of packages, everything from cheap deals, to offers with free gifts and rewards, to the very fastest fibre-optic broadband.

It is also cheap. While a data-capped package was once a good way to save money, you can now find unlimited deals from under £20 per month. And with that, you never have to worry about extra broadband charges on your bill.

What is truly unlimited broadband?

Sometimes you may see a broadband package referred to as being “truly unlimited”. What this means is that the service not only has unlimited data but also does not have traffic management or a fair use policy.

We use this term because while most broadband is unlimited, some packages do still have other restrictions.

Very often this will not matter for the majority of customers, but if you’re planning on using broadband for anything which might be affected by such limitations you’ll want to make sure you choose a truly unlimited deal.

What is traffic management?

Traffic management is where a provider controls the flow of data over its network at peak times, which can reduce the speed.

It may be implemented to ensure that popular communication tools like Skype and Facetime continue working during the busiest time of day. Or it might be used to prevent a small number of users from consuming a large amount of bandwidth by ‘throttling’ the speed and slowing down certain activities.

To learn more, read our dedicated guide to traffic management.

What are fair usage policies?

A Fair Usage Policy (FUP) can be a limit on how much a broadband connection is allowed to be used, even when the package is advertised as unlimited.

They are generally meant as a way for the ISP to manage users who frequently consume a very large amount of data in comparison to the rest of its customers.

FUPs are deliberately vague and do not state a specific data usage figure (otherwise the provider would not be allowed to call its service unlimited). You won’t know you’ve exceeded a FUP until the provider tells you, though as a general rule the vast majority of broadband customers will never breach the limits of a FUP.

Like traffic management, you’ll have to read the small print and decide whether a provider’s FUP terms are likely to be a problem. If so, you’ll find plenty of ISPs that do not have any fair usage restrictions.

For further help, we have a guide to fair usage policies which goes into more detail.

Do I need truly unlimited broadband?

Truly unlimited plans are less essential than unlimited plans. If the connection is going to be used for typical household activities — such as web browsing, social media, gaming, and music and video streaming — it's more than likely you will be fine with any unlimited broadband.

If you suspect your usage is likely to be heavier than this (e.g. lots of large downloads, frequent use of file sharing), you might want to go truly unlimited. And there are loads of providers, so you'll be spoilt for choice!

You’ll find a huge choice of unlimited deals on Broadband Genie. Here are all the providers offering unlimited internet:

The following providers offer broadband plans without traffic management or fair usage caps. Note that some providers may still apply restrictions to older packages or for customers outside their network, but this will not affect the majority of subscribers:

What download speed can I get with unlimited broadband services?

You will receive the usual range of broadband speeds:

See our guide to getting the right broadband connection speed for more.

Can I get TV and phone with unlimited internet?

Can I get unlimited broadband without a phone line?

Most other providers require you to have an active phone line in order to use their service. If you don't currently have a line, home phone line activation can cost a little more (usually up to £60) and might take an additional two weeks.

Could I use unlimited mobile broadband?

Unlimited mobile broadband is available from Three and Vodafone. You can also find smartphone contracts with unlimited data, and if your network permits it you can tether a smartphone and use it as a modem.