We found 57 deals for you in

Broadband with no upfront costs

Want to get broadband but don't fancy paying upfront costs? On this page, you'll find broadband deals with either a maximum £10 setup fee or completely free installation. We've also got some handy tips to help you get free installation too.

Currently showing 10 of 57 deals which match your search

Currently showing 10 of 57 deals which match your search

How to get broadband with no upfront costs 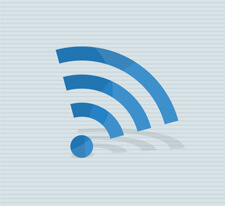 When you're trying to save money on a broadband deal, one way to cut costs is to choose broadband with no upfront fee. Although the monthly payment is the most significant expense and the figure you'll want to focus on, getting free setup helps too.

You'll find that there are plenty of options when it comes to finding broadband deals with free installation. In the table above are all the deals currently available on Broadband Genie without upfront payment. Use the filters to narrow down the options, and sort the table to prioritise the features which matter most to you. And don't forget to enter a postcode to show deals available in your area.

Why do some of the deals have setup fees?

You may see that some of the offers listed above do still have a setup fee. This is because broadband deals with no setup fee are not always available, so we also list packages with upfront charges of no more than £10.

But deals change all the time so if you don't see what you're after right now, check back later for the latest packages to discover what's available.

Which broadband providers offer deals with no setup fees?

Some other providers have setup fees normally but may offer free installation as part of a special offer.

Can I get a broadband and TV deal with no installation fee?

Broadband and TV packages are more likely to have setup fees than other deals because the providers will often charge for the TV box. But that doesn't mean you can't get them.

Some options for broadband and TV with free setup include:

What kind of broadband setup costs could I have to pay?

There are several different fees which may be payable when you sign up for a broadband package. To help you compare deals, Broadband Genie usually bundles them all into one, but if you break it down, upfront fees can include the following:

Some providers use these terms to mean the same thing; others may have slightly different definitions.

Setup: Covers the administrative expense of signing up a new customer, including the activation of a broadband service, which may not require an engineer to attend the property.

Installation: This usually refers to engineer works such as installing a phone line and configuring broadband Wi-Fi routers.

Read the small print carefully, so you know what you're paying - or not paying - for, and check it includes everything you require.

There is often no cost for phone lines because many homes already have an active phone line, and it's merely a case of switching to a new provider.

But if you do not already have an active phone line, you will usually have to pay an additional fee to have this fitted (or re-enabled, if it was previously deactivated). The cost varies widely depending on the provider, from as little as £20 to more than £100.

It's important to note that this charge can still apply even if the broadband package is advertised with free setup.

Some providers charge a small fee for delivering the Wi-Fi router (usually in the region of £5-£10).

Like the router, there may also be a fee for the delivery of a TV box. Sometimes there is a small charge to go toward the cost of the box.

What happened to free broadband deals?

In the past, you may have seen offers such as 'free broadband for the first six months'. But the catch with these types of deals was that you still had to pay for phone line rental, and this could be several times the price of the broadband.

Providers are no longer permitted to split the cost of phone and broadband, which has put an end to these sorts of special offers.

But that doesn't mean that you can't still get a very similar deal.

Although they may no longer be advertised as free, there are still plenty of broadband deals where the cost is discounted for anything from a few months to the entire length of the contract. When taking line rental into account, they work out to be very similar to the old free broadband deals. These may not be "free", but they are effectively the same thing as the old offers, and can still save a substantial amount over the regular price. You can find out more about this in our guide to free broadband.