Is Shell Energy any good?

Shell Energy Broadband (previously known as First Utility) has some of the cheapest broadband deals around and often includes a free gift. You can also get ultrafast broadband, and discounts on petrol. But ultrafast upload speeds aren't great and beware of its fair use policy. 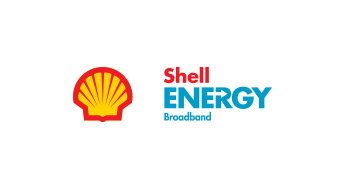 With low introductory prices and frequent free gifts to add even more value, Shell Energy Broadband deals can be very cheap. It offers a wide range of broadband services and speeds, including next-gen FTTP. And you can get a discount on fuel at Shell stations. On the downside, its ultrafast upload speeds aren’t as impressive as the download rates, and it does have a fair use policy tucked away in the terms and conditions.

Ready to buy now? Here are some of the latest Shell Energy deals.

Shell offers an extensive choice of broadband speeds, using a mix of different broadband services. But not every home will be able to choose from all of the options below; use our postcode checker to find out which Shell Energy Broadband deals are available in your area.

Note that all figures are average speeds unless otherwise stated. Shell does not provide average upload speeds for its Full Fibre plans, however with this service you are likely to get an upload rate that is very close to the quoted maximum speed.

The speed satisfaction score is taken from the feedback of Shell Energy customers, who are asked to rate the performance of their Shell broadband service on a scale of one (very dissatisfied) to five (very satisfied). The score is an average of all results, updated on a monthly basis.

You’re certainly not short of options with Shell Energy, although availability for faster services is currently very limited as these rely on newer fibre optic lines which are not yet available to every home.

Just about everyone will be able to get the Shell Energy Fast and Superfast packages. These use a standard BT phone line and the speeds provided are in line with other providers, as most share the same infrastructure.

Shell Energy Ultrafast deals use a technology called G.fast, which is available to a few million homes around the country. This also uses the regular BT phone line, but with some network upgrades to enable much quicker speeds.

Shell Energy Full Fibre is a Fibre To The Premises (FTTP) service. That means that you no longer need a regular BT phone line because a fibre optic connection runs all the way into your home.

Shell Ultrafast and Full Fibre can deliver some very impressive download speeds, however, it is disappointing that the upload rates don’t keep pace. It’s still plenty fast enough for most people, but some other full-fibre providers are offering symmetrical FTTP broadband deals where the download and upload speeds are the same.

The overall average for speed satisfaction among all providers stands at 3.77, so Shell Energy has a slightly below-average rating in this category.

Getting either Shell Ultrafast or Full Fibre will depend on the type of broadband available in your area. Use our postcode checker to find out what’s on offer in your location:

The Shell Energy user value for money score is the average rating from customers, who are asked to rank Shell Energy for value between one (very poor value) to five (very good value).

Shell Energy has a reputation for low-cost broadband service. Its ADSL deals are usually among the very cheapest packages available, and its standard 38Mb and 67Mb fibre service is also extremely good value.

The Ultrafast and Full Fibre packages too are fairly priced in comparison to similar offerings from competing ISPs (such as TalkTalk, Sky, or Vodafone).

However, if you’re particularly interested in fast uploads, they are slightly less attractive when up against the more specialist full-fibre providers like Hyperoptic, Community Fibre, and YouFibre. Those ISPs offer similar download speeds, but also significantly quicker upload rates.

Shell subscribers seem fairly satisfied with what they’re getting for the money. In our survey, Shell Energy has an above-average value rating of 3.85 out of 5, compared to the overall average of 3.47.

Shell deals are cheap to begin with, but the company also frequently offers free gifts (typically an Amazon voucher).

In the past, we’ve seen Shell broadband offers with rewards in excess of £100, often making it a market-leading deal that you’ll see flagged up by the likes of Moneysaving Expert.

Given how often these deals are available, we’d recommend waiting until you see a voucher offer before buying a Shell broadband package, as it adds up to a significant saving.

A phone line is required for, and included with, Shell Fast, Superfast, and Ultrafast packages.

Some Shell Energy deals do not come with inclusive calls, which is preferable if you don’t often use the landline.

If you do make calls on a regular basis then you can choose an inclusive calling bundle.

Alternatively, you can add one of the following call packages to an existing Shell service.

Shell Energy Full Fibre packages do not include phone service, because a fibre optic line is used instead of a phone line. That’s not uncommon for full-fibre, though some providers offer an optional internet phone service.

For many people, this won’t matter at all. You almost certainly have a mobile phone that can be used instead, or you can add your own internet phone service.

However, there may be circumstances where a phone line is required. For example, you might have an alarm system that only works with a regular landline. Or maybe a vulnerable member of your household has an emergency system that needs one. If that’s the case, you will either have to get a regular phone line installed alongside your Shell fibre connection, or choose a different service.

Shell Energy users were asked to rate their provider for customer service, on a scale of one (terrible) to five (excellent). The user score is the overall average for each provider.

Shell Energy customers have given it a rating slightly below the overall average of 3.69 when it comes to customer support. However, it’s still not a bad score and far from the worst in our survey.

Shell Energy broadband operates a telephone support service that’s open Monday to Friday between 8am and 8pm, and on Saturdays between 9am and 4pm.

It’s a shame there’s no one to call on a Sunday, and some other providers run 24/7, but help is available much of the time. Shell does at least offer assistance for part of the weekend, while some other budget ISPs are only open Monday to Friday.

The Technicolor TG588 is quite outdated by current standards as it only offers 802.11n Wi-Fi and doesn’t support the faster 802.11ac Wi-Fi.

It does have a USB connection for file and printer sharing, and there are four wired network ports, but they don’t support gigabit transfer speeds.

The Technicolor DWA0120 provided to fibre optic customers is much better. This is a dual-band router that supports the faster 5Ghz 802.11ac standard alongside 2.4Ghz 802.11n. It also includes 4x gigabit network ports.

Shell broadband deals aren’t bundled with loads of bonus features, although you do get more extras than many other budget providers.

Besides the free Wi-Fi router, you can use the Shell Go+ app to get 3% off petrol at Shell stations, plus other “personalised offers”.

We’re spoilt for choice when it comes to budget broadband nowadays, but Shell Energy stands out by offering some great value packages, especially if you take advantage of its frequent reward offers.

But it is a budget provider and that is reflected in its packages. While cheap, Shell doesn’t provide the kind of extras you can find with other ISPs. Saving on petrol is a nice bonus, but it’s only a small discount and you have to fill up at Shell. The bundled Wi-Fi router on fibre packages is good, but ADSL customers will receive an older model that doesn't support the faster Wi-Fi standards that are now commonplace.

You should also note the vague fair usage policy tucked away in the terms and conditions. While Shell says all its broadband packages are unlimited, it also states that it may “change your service” if you “place excessive bandwidth demands on the broadband service for continued periods”.

There’s no explanation of what it considers excessive, and while it’s only likely to be an issue for a minority there are plenty of other packages which offer fully unlimited and unrestricted connectivity.