Gaming Broadband: All you need to know 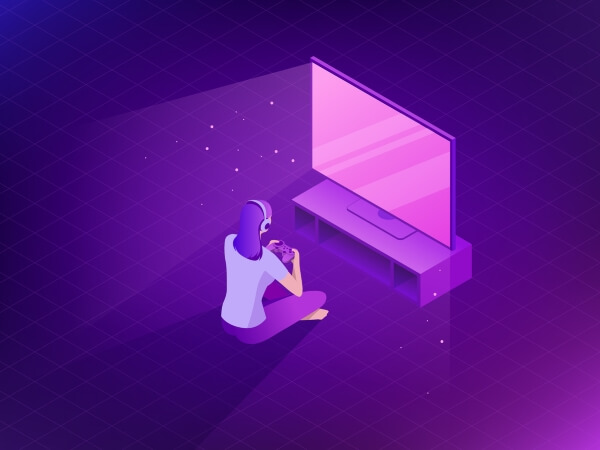 Is lag holding you back? Does it take you days to download the latest releases? Maybe you want to become a Twitch star and aren't sure which broadband is best for streaming?

Whether you’re casual or hardcore, PC or console, fast broadband is an essential weapon for today’s gamers.

In this guide, we’ll explain why having fast broadband matters for gaming, what the jargon means, and what to look for when choosing a broadband package for gaming, so you get a great value deal that will help you dominate the competition.

Most broadband deals are suitable for gaming, so you don’t necessarily need to focus too much on the technical details. The majority of gamers can just choose the fastest unlimited broadband package at the best price.

Ready to buy? Here's a selection of some of the best deals currently available:

But if you take gaming more seriously or you have specific requirements, it’s worth spending some time considering the aspects of a broadband service which can affect gaming, such as speed, latency and jitter, packet loss, contention ratio, and traffic management.

While you don’t generally need fast broadband for actually playing games, we would recommend fibre optic for any gamers because you’re going to be doing a lot of downloading, and some titles can be huge. The faster upload speed of fibre is also useful, especially if you plan on hosting multiplayer matches or streaming your gaming sessions.

Always choose unlimited broadband. Broadband deals with data caps aren’t that much cheaper, and a single game download could hit the cap of a data-limited service.

Latency (or lag) is the response time of a connection (commonly referred to as the ping time), and it is essential to have low latency for playing online games as high latency can introduce delays which put you at a disadvantage.

Jitter is the variance in the latency, how much it changes from moment to moment, and like latency, an excessive amount of jitter can render an online game unplayable.

The good news is that you don’t need to worry about this when choosing a provider as any fixed line service will be fast enough. To learn more, read our dedicated guide to broadband latency.

When data is sent over a network, some of it can be lost. But error correction is built into the system so this is rarely a big problem. However, high levels of packet loss can be an issue for real-time communications like gaming and can result in jittery and laggy gameplay as you’d see with high latency. The good news is that just like latency, this doesn’t need to be a concern when choosing a provider - Ofcom’s broadband performance report shows very low levels of packet loss among all the providers studied.

The contention ratio tells you how many other users in your area are sharing the same main broadband connection. For example, 50:1 means 50 homes are sharing one line. What this can mean is that when everyone is connected at once, the speed can drop. But this is another thing you don’t need to spend much time worrying about as contention ratio is now less of a problem than it once was, especially for fibre optic broadband which has a much higher capacity. Few providers even bother to state a contention ratio nowadays, except for business broadband where low contention or uncontended lines are a selling point.

Traffic management, or traffic shaping, is used to ensure network stability for most people by slowing down (known as “throttling”) certain activities which can consume a lot of bandwidth. Traffic management is typically used to target file-sharing services such as BitTorrent and Usenet so gamers probably don’t have to be overly concerned if their ISP has traffic management. Though it’s worth reading the small print to find out if you may be affected. In any case, there are plenty of truly unlimited providers who don’t use traffic management - read our guide to traffic management to learn more.

What broadband speed do you need for gaming?

We recommend that at a minimum all gamers have a fibre optic broadband service with an average download speed of around 35Mb (which is the approximate speed of most entry-level fibre broadband deals). But if you can afford a faster connection, it is worth upgrading.

When it comes to actually playing games online, very fast broadband is not essential (with the exception of cloud gaming - see below) because it does not require a huge amount of bandwidth, so even a cheap ADSL broadband connection would be sufficient.

But while faster connections do not necessarily confer any huge advantages in an online match, it's still best to get the quickest unlimited broadband package you can find because it's now impossible to be a gamer without frequent large downloads.

Affordable and ubiquitous internet access has changed the way in which we acquire and play games, making it easier for gamers to access new titles and developers to distribute their work. Many titles are only available online.

Digital game stores such as Steam, PlayStation Network, and Xbox Live are an enormously popular way to purchase games. But game downloads can be massive, requiring hours to install even on rapid cable and fibre connections. That's problematic if your connection is slower than average, somewhat unstable, or has a data usage cap. And there's often no alternative to downloading; you’d expect that going for a disc would save the time and bandwidth of a downloaded copy, except now it’s common for a physical purchase to involve a hefty download too.

The fact is that no matter how you like to buy games you will need to download some big files at some point, whether it’s for a patch, mod, DLC, or just to complete a boxed installation. This is why we would always recommend that gamers opt for the fastest unlimited service they can afford.

The unlimited part is particularly important as one single game download can exceed the monthly usage allowance of some cheap broadband packages.

What broadband speed do you need for cloud gaming?

Cloud gaming is a relatively new phenomenon which does away with games consoles or PCs in the home. Instead, games are streamed from a server and all the player needs is a controller and a relatively simple device to display it on a screen.

One big advantage of cloud gaming services like Google Stadia, Amazon Luna, and NVIDIA Geforce Now is that you no longer need expensive hardware to play the latest games.

However, it does heavily rely on fast broadband.

If your broadband speed is too slow you'll find that the visual quality and latency of cloud gaming will be far below the experience you would get with a console or computer.

If cloud gaming is something you’re interested in, fibre optic broadband is highly recommended; ideally the fastest fibre you can afford. For example, Google Stadia recommends a download speed of at least 35Mb for 4K resolution. And remember that if your connection is shared with other people then you’ll want enough overhead to accommodate their traffic as well as the cloud gaming service.

If you’re interested in simply playing games, upload speed is not a priority. It has no bearing on single-player titles, and for online gaming, an ADSL broadband service with upload speed up to 512Kb or 1Mb can handle the small amount of data sent during play. If you’ve chosen fibre broadband because you want quick downloads, the faster upload speed it provides will be more than enough.

But for some gamers upload speed is really important, perhaps even more than download rates. If you have any plans to host online matches from home or stream your games on Twitch or YouTube then you’ll want to get the fastest upload speed possible.

Hosting online matches puts a lot more strain on the upstream connection compared to standard online play, though how much it matters varies with the type of game and number of clients. ADSL broadband can manage a small handful of players in an online shooter, or a larger group if a game is not reliant on very low latency. But for bigger crowds in fast-paced games or hosting heavily modded private servers, fibre optic broadband is recommended.

It may also be worth considering whether you want to get a broadband service with a static IP address. Most deals will include a dynamic IP, which means the IP address can change from time to time. But hosting a server is easier when you have a fixed IP address so it may be worth hunting down a provider that offers static IP addresses. For more help, we have a guide to static IP addresses and providers.

Twitch and beyond: streaming your games

Another good reason to get broadband with fast upload is if you're interested in live streaming games to Twitch and YouTube. This is an extremely demanding use of the upstream connection, and fibre optic broadband is significantly better suited to streaming than ADSL.

With Openreach (BT) or Virgin Media fibre, you can get upload speeds up to 20Mb, allowing you to stream HD quality video. That’s compared to a theoretical maximum of just 1Mb (likely to be much less in practice) on ADSL, which is going to struggle with anything other than relatively low-quality video.

Broadcasting 720p resolution video will need a connection that can achieve a stable minimum of 1.8-2.5Mb, and for 1080p the starting point is 3-3.5Mb. Streaming on ADSL is possible, but video quality will be heavily compromised. And if you’re trying to play online at the same time you have to remember to leave enough upload bandwidth for the game as well.

What is the best broadband for gaming?

You’d have to go out of your way to choose a broadband deal that’s really bad for gaming, but some services do stand out from the pack.

Here’s a broad overview of the performance of some recommended providers for gaming. This includes approximate latency and packet loss data from Ofcom, but keep in mind that the differences between providers are very small and in many cases, Ofcom does not think they are statistically significant.

While not as cheap as Plusnet, Sky has some good value deals, and it’s truly unlimited with no data caps or traffic management.

BT can be quite expensive, but it offers a fast 50Mb fibre package for a reasonable price that's not available anywhere else. It’s also truly unlimited.

For many of us, Virgin is the fastest broadband available, with speeds up to 516Mb making short work of even the biggest game downloads.