What is a router? All you need to know about wireless routers 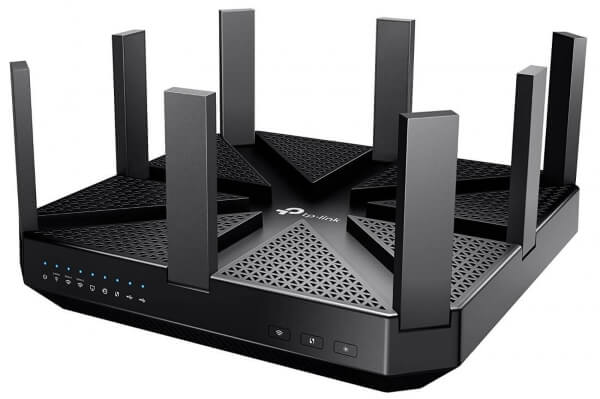 A home broadband Wi-Fi router is a device which combines a modem for accessing the internet, with networking for sharing the connection and communicating between devices within your home.

Back in the days of dial-up internet most home users would have a modem connected to one computer, which had to be manually connected and provided internet access to that device only. Now, a broadband router provides a hassle free method of getting online anywhere in the home without requiring you to power up a computer and manually dial the internet service provider (ISP).

Almost all broadband deals include a router (or hub, as some ISPs call it) as part of the deal, very often for free, so there’s no need to purchase anything before signing up for a new internet package.

What does a router do?

Routers often have a modem which lets you connect to your broadband provider. Many newer routers support ADSL, fibre optic and Virgin Media broadband (so they are compatible with the vast majority of providers), but others might not have the right hardware for each type of broadband. If you’re buying your own router you’ll need to check it supports your broadband. If your internet service provider supplies the router then it will be the correct model for your broadband.

Today’s routers also offer a wealth of home networking features. On the most basic level you can easily share internet access via wired or wireless connectivity, but it also allows you to - among many other things - share files between systems, stream media around the home and implement security measures to protect your network.

How does a Wi-Fi router work?

To access the internet, broadband routers have an internal modem which connects to the phone or cable line, connected by an ‘ADSL’ or ‘WAN’ port on the rear of the router.

Your router also hosts a local network, which you can access with either Local Area Network (LAN) cables, or Wi-Fi. Your router will also have a firewall for security. By default, anything connected to either the LAN or Wi-Fi will gain access to the internet.

While the modem and the network hardware are working together in the router to provide all this functionality to connected devices, the internal network will continue to function without internet access.

(The modem and router can also be separate devices. This is less common in the UK, but not an unfamiliar setup for fibre optic broadband. It is also possible to have a separate DSL modem and router though an all-in-one broadband router is standard, and the best solution for most people.)

Mobile broadband routers are also available. Usually if we say ‘3G router’ or ‘4G router’ or '5G router' it’s used to refer to a Wi-Fi dongle (also sometimes called a MiFi) which provides mobile internet access and shares the connection over wireless. However, there are mobile broadband routers which resemble home broadband hardware, with a network switch for wired connections and wireless support. But rather than connecting to a phone line they have either a SIM card slot or a USB port for mobile broadband dongles. These remain relatively uncommon and expensive but may become popular if mobile catches on as an alternative for home broadband.

The importance of router security

A Wi-Fi router is not just your gateway to the internet, it’s also gatekeeper. It helps to protect you from attacks from outside, and keep your information private. If your router is not secured then any device connected to the router can potentially be compromised, and any data you send could be exposed. For this reason there are some basic steps everyone should take to bolster router security.

Your router’s settings are protected with an admin password, but often this is a very insecure default password that’s the same for every model from that manufacturer. Change this immediately so only you have access.

Your Wi-Fi network should always have a password to ensure that only authorised users can connect. It should also be using either the ‘WPA2’ or ’WPA3’ security standard.

Set up a guest network

Some routers offer a guest network feature. This secondary Wi-Fi network provides internet service but keeps guests in their own section of your home network, blocking access to other devices.

Use your router’s admin controls to view what computers and devices are connected to your home network. Check this regularly to make sure that no unauthorised users have access.

For further help with configuring your router, read our guide to router security.

What are the best Wi-Fi broadband routers?

Since the routers included with Wi-Fi deals are free they don’t tend to offer the very latest standards and lots of advanced extras. But they will suit the needs of most households, and you can’t beat the price!

Here are some of the best free routers offered by ISPs.

The Sky Q Hub is a dual band band Wi-Fi router (which means you can have multiple Wi-Fi networks and let your devices choose the fastest connection) with fast 802.11ac Wi-Fi. Cleverly, it also turns any Sky Q TV boxes into Wi-Fi access points to extend your network around the home.

While it looks identical to the older Plusnet Hub Zero, the Hub One offers faster 802.11ac Wi-Fi, dual band operation and gigabit network ports. It includes a USB port which can be used to share files and devices over your home network.

The best routers you can buy

If you’d prefer to buy your own Wi-Fi router, here are some of the best models for 2019, as rated by PCMag.

This powerful mid-range router is packed with features, and great for gamers.

A top choice for those on a budget. It offers fast 802.11ac Wi-Fi and a user-friendly interface.

If you want the best and don’t mind paying for it, this is an incredible high-end router.