Compare the best packages from BT below! 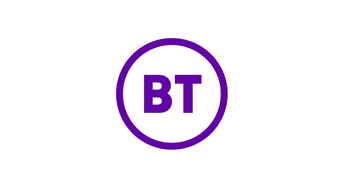 We found 5 deals for you in

Compare the best packages from BT below!

The big daddy of UK broadband, BT owns the Openreach infrastructure that most fixed-line providers use to get ADSL and fibre optic internet into your home.

It's the biggest provider by user numbers, the BT 'Home Hub' wireless router is well regarded, and it offers a good variety of products - everything from a straight broadband deal to offers including mobile phones and television services. And with the introduction of BT Sport in 2013 the firm is now competing directly with premium TV providers.

BT claims to be the world's oldest communications company, dating back to the Electric Telegraph Company of 1846. British Telecom (as it was known) was formerly part of the Post Office - then a government department - but became a plc in 1984.

BT launched its first consumer broadband services in 2000, with blazing fast (for the time) speeds of 250Kb - 2Mb. That same year it began offering local loop unbundling, allowing other providers to install equipment in BT exchanges - this led to the growth of popular ISPs such as Easynet (later purchased by Sky) and BE Broadband (bought by O2). BT now has more than 7 million subscribers (including Plusnet, which it owns) of its BT Broadband products.

If you’re a new customer considering BT Broadband deals for your next broadband service you might find the choice confusing, but Broadband Genie is here to guide you through the broadband maze and find the perfect package.

What does BT Broadband offer?

BT provides both ADSL and fibre optic broadband over a fixed-line connection which is available to most (more than 95% and counting) homes and businesses across the country. This is the same selection of services as offered by most other fixed line ISPs because they are reselling access to the BT Openreach network. 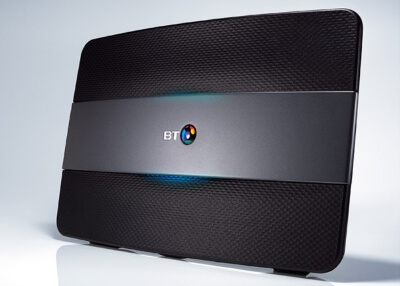 At present, the vast majority of BT Broadband fibre connections use a technology known as ‘Fibre To The Cabinet’ (FTTC) which means the fibre line runs to the street cabinets and the regular telephone cable carries it into your premises. But BT is gradually deploying the far superior Fibre To The Premises (FTTP, or FTTH - To The Home) which means the fibre line runs all the way into a property and can deliver much greater speeds. Sadly availability is limited at present (unless you’re willing to pay a hefty installation charge) but should be expanded in the not-too-distant future.

A phone line is required for all BT Broadband packages - the price displayed on our comparison tables is the monthly cost of both the broadband and line rental.

Most packages for new customers offer some inclusive calling too, but if you wish to add anytime calls or international calls you can do so during the sign-up process.

In addition to broadband, BT also operates its own TV service. Available as a bundle with broadband and phone, BT TV includes a YouView box which provides access to catch-up and on-demand content, with recording features on some models. As such you won't find many BT deals that feature broadband only. Optional premium channels are available to go alongside the Freeview broadcasts. To find out more read a full guide on our BT TV page.

BT has a nationwide public Wi-Fi hotspot network which provides fast internet all over the UK. As a BT broadband customer, you'll get free access to this service. Making liberal use of this free unlimited Wi-Fi network can save on your mobile data costs.

BT broadband packages also include a free BT Home Hub Wi-Fi router for setting up your own Wi-Fi network at home. 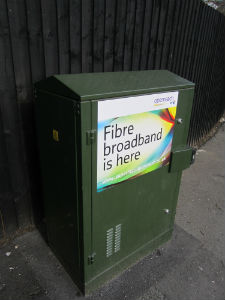 Just about everyone in the country will be able to get some kind of BT Broadband service. BT's ADSL footprint covers the vast majority of UK homes and businesses, and fibre broadband is now available to more than 80% of premises.

All you need is to have - or be able to install - a BT landline and to be within range of a BT telephone exchange. For more information on this, check out our activation guide to see BT installation times.

You can quickly see what's available in your area by entering a postcode into the postcode search on our comparison tables to filter results by location.

In common with most other providers you will be required to pass a credit check to get BT Broadband; check out our deals without a credit check for alternatives if that's a problem.

BT broadband currently offers two different types of home broadband services, with a variety of speeds on offer depending on what’s available in your location.

The type of broadband and speed you can get will depend on the services offered at the exchange and your distance from the exchange.

BT ADSL broadband uses the telephone line to provide average download speeds of 10Mb and upload rates up to 1Mb. ADSL is usually the cheapest way to get broadband and it is available to the vast majority of homes.

However, keep in mind that while the average is achieved by 50% of BT customers, the actual performance may be slower, depending on the condition of your lines and distance from the exchange. In many cases, ADSL users will still be able to enjoy everything the internet has to offer, but large file transfers and other demanding tasks could take a long time. This is a limitation of the technology and is the same for all ADSL broadband providers. If you require faster speeds, look to fibre broadband.

BT Infinity packages are BT Broadband deals offering fast fibre optic connectivity. Fibre broadband is significantly quicker than ADSL, with an average download speed of either 36Mb, 50Mb, or 67Mb, and upload speed up to 20Mb. This makes it ideal for large downloads, gaming, streaming HD video, uploading files to cloud storage and handling the demands of a family or shared household where many people may use the connection at once. It is a little more expensive than ADSL, but still very affordable.

Some of the cheapest BT Broadband deals may come with a monthly data cap, which can be acceptable for very light users. But the majority of BT deals include unlimited usage, and these are usually the best option for most people.

BT does not implement traffic management on any of its services so you'll always get the fastest speed your line is capable of, no matter the time of day or how much you upload or download.

If you're a new customer, BT can offer a good value broadband deal with excellent speeds and generally reliable service. Its TV service is very affordable with lots of extra features, so it’s a great option for a cheap broadband and TV bundle. We especially like that it has a mid-tier fibre package with an average speed of 50Mb which is not available from any of the other top ISPs using the Openreach network. And all the unlimited packages are truly unlimited. All this means BT offers some of the best internet deals on the market.

But you do need to be aware of the full costs after the first year. While it has some very competitive introductory deals (and frequent special offers such as deals including shopping vouchers) the price can increase sharply after 12 months. Also, if you're looking for broadband with no upfront cost you won't find many such offers from BT, there also won't be many short-term broadband options. However, BT does occasionally offer student broadband on slightly shorter contracts. This shouldn’t put you off, but it will be worth making a note of the contract end date so you can contact BT to see what else it can offer once that cheap initial term has ended. It also has to be said that BT’s performance on customer and tech support in our annual home broadband survey is less than stellar, though this is likely due in part to the sheer number of subscribers it has (and the majority of them seem perfectly happy with the service).

To find out more read our full BT Broadband review.