Broadband latency? What is it and how do you improve it? 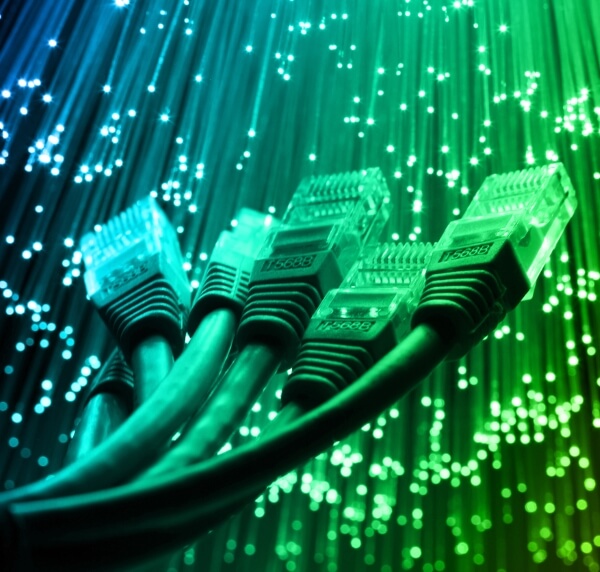 When researching broadband you'll often see the term latency mentioned. But what is latency, and how does it impact broadband performance?

If you're confused by these terms and what they mean when it comes to buying broadband, you've come to the right place. We'll explain everything you need to know about latency, lag, and ping in this introductory guide.

Latency is a measure of the time it takes to send data and receive a response. For example, if you're playing an online game and controlling a character, latency will impact how quickly your commands are received by the game server and displayed on your screen.

A low latency number means the network is running well and your connection to another computer is fast. Higher latency means there is a delay somewhere in that link.

Latency doesn’t take into account the processing time at the destination server or the time your program takes to display the results. It is just the time taken to make the journey.

When networks are congested or suffering downtime, traffic slows and latency increases.

Generally speaking, latency is a measure of how fast and/or efficient an ISP is in managing traffic, though high latency can also be an inherent behaviour of the type of connection. Higher latency networks mean your browsing experience could be slower or suffer more interruptions than a lower latency network.

Latency is also often referred to as lag, especially among gamers.

How is latency measured?

Latency is usually measured in milliseconds (ms). A millisecond is a thousandth of a second, which doesn’t seem long but in networking terms, it’s a lifetime!

We can test latency by seeing how long it takes data to travel from one point to another and back again, giving us a latency measurement, or "ping rate".

How can I find out my broadband latency?

You can test your own broadband latency from your computer. It’s a simple test that can give you an idea of where any network slowdown is occurring. We use a ping command to perform a basic latency test.

To test broadband latency in Windows 10:

You can, of course, use any website but Google is configured specifically to respond to ping tests.

Look at the time in the readings for the latency. Round trip delays of 10-20ms for superfast broadband are normal, with ADSL broadband usually coming in under 40ms, and mobile broadband typically measuring around 60ms.

This kind of ping speed will let you do anything you could want with your broadband. But get into three figures and - depending on what you're doing - the latency may start to be a problem.

There are a few common causes of high broadband latency.  Sometimes, your broadband connection could be busy, or there may be a fault with your broadband provider's network.

The wider internet can also suffer traffic problems which can increase latency, but by design, it is more insulated against physical downtime and failures.

Not all latency is down to the network but you can soon tell by performing a ping test to several different websites. A consistently slow ping time indicates a problem with your ISP or their gateway. One or two slow ping times could mean a problem further into the network.

However, it's also important to remember that latency is greatly affected by the distance between you and the computer you're connected to. The further it is, the higher the response time. When possible, always connect to servers close to you to minimise lag.

Speed vs latency vs bandwidth: what’s the difference?

Speed measures the rate at which traffic moves across a network.

Bandwidth is the measure of how much traffic a broadband connection can cope with at once.

Latency measures the round trip, the time it takes to send data and receive a response; the higher the number, the more delay you experience.

These terms all describe different aspects of the performance of a broadband connection, and it's important to understand how they relate to each other because fast broadband does not always mean low latency.

A good example is satellite broadband. A typical domestic satellite connection can have a download speed of 30Mb, which is reasonably fast. But due to the delay between the dish and satellite it also suffers from very high latency, well into hundreds of milliseconds. This means that while you can download a file quite rapidly, satellite internet is not well suited to things like online gaming or remote desktop access, which rely on rapid communication with a remote server

While broadband latency can impact all online activities, it is gaming which suffers most because high latency can directly interfere with gameplay. Online gamers need low latency connections to avoid being put at a disadvantage.

If you play twitch games, those that require quick reactions such as online shooters, any latency you experience delays the action on your controller and your character’s reaction in the game. The higher the latency, the slower the game reacts. If you have 300ms latency on your broadband but other players have 20ms, they are going to be able to see and react to you in the game before you even see what’s going on.

If you shoot at them while on a high latency connection, by the time your game traffic hits the server, the player could have moved out of the way and be shooting you.

Which broadband providers have the fastest latency?

There is very little difference in latency between providers, which is good news because it means it is not something you have to worry about too much when choosing a new package.

Ofcom's broadband performance report notes that for ADSL broadband, EE and Plusnet had the lowest latency, measuring around 20ms average during a 24 hour period. But the slowest performers (KCOM and TalkTalk) only measured around 30ms, which is a tiny difference that you would never notice in practice.

It's a similar story for fibre broadband with speeds of 30Mb+. EE, Plusnet, Sky, and BT recorded an average of around 12ms. Virgin Media had the slowest at around 20ms, which is still plenty quick and not going to put you at a disadvantage or noticeably impact your experience.

How to reduce latency

There are a few practical things you can try to minimise latency on your broadband connection:

Many causes of latency are out of your control. If you are suffering from it on your broadband and have tried everything here, contact your ISP for more information. They should be able to run a line test or be able to inform you of any outages or known issues causing the delay. Sometimes lag can be caused by the server you're trying to access, in which case there is nothing you or the ISP can do.