What is satellite broadband? All you need to know about satellite internet 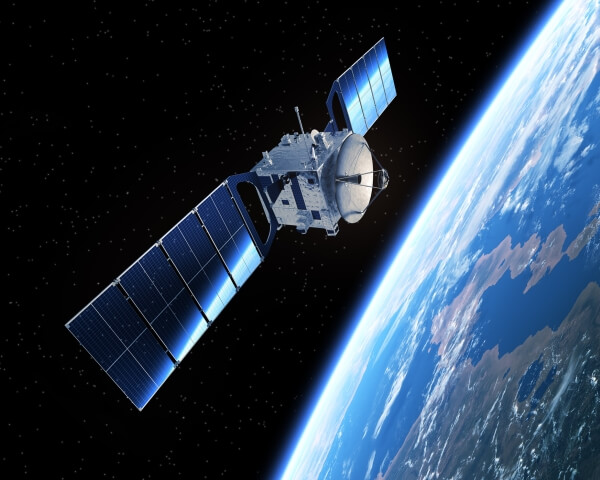 Satellite broadband is a type of internet access which uses satellite signals, removing the need for phone lines, mobile cell towers, and other terrestrial infrastructure.

The major selling point of this technology is that satellite internet is available absolutely anywhere - if you can mount a dish with a clear view of the sky you’ll be able to get satellite broadband in your area. That’s a game-changer for anyone living in a location where fixed-line and mobile broadband is very slow or not available at all. And since it doesn’t use a phone line you don’t need to pay line rental to BT or anyone else!

How fast is satellite broadband?

Consumer satellite broadband is available with a top speed of between 30-50Mb. While easily outpaced by fibre optic, that is faster than the average 10-11Mb of ADSL, and definitely a big improvement if your only option otherwise is dial-up internet. Upload speeds are better than ADSL too, typically providing up to 6Mb.

Advantages and disadvantages of satellite internet

Is satellite broadband right for you? There are some key differences between satellite internet access and regular broadband services which mean that it’s not the right choice for everyone.

There’s just one question you should ask yourself when considering satellite broadband: do I have any alternative?

Satellite internet’s ability to work anywhere is the big selling point, but it also comes with some major drawbacks, so if you can get broadband any other way it’s probably best avoided. Even a basic ADSL service offering just a few megabits per second could be better (and you can combine multiple ADSL lines into one faster connection).

Satellite is best suited to those in very remote locations where no other broadband internet access is available. If you live in an area where there is no mobile signal, and no broadband via the telephone line, then satellite is going to be the most affordable way to get fast internet service.

Even if you can’t get a regular fixed-line home broadband package, you may have other options for getting broadband before considering satellite.

Fixed Wireless Access (FWA) is a broadband service which uses wireless signals to deliver broadband access over a wide area. Like satellite internet, this doesn’t require any kind of telephone line or cabling to come into your home, you just need to be within the range of an FWA network, and be able to mount an antenna (which is typically quite small and easily bolted to the side of a building).

FWA tends to operate in rural locations where other broadband is not available or very limited, so while there aren’t a huge number of providers offering this service it’s worth checking your local area for an FWA operator.

If you can get a mobile network signal then a mobile broadband connection could be a very attractive alternative. Some providers - such as Three and EE - are now offering mobile internet services for the home which include a Wi-Fi router, and very high or unlimited data usage caps. There are also specialist rural broadband ISPs which use mobile networks.

Speeds can be good as well, but you’ll ideally need 4G or 5G (3G will work but is much slower).

If you are going to use mobile broadband on anything more than a temporary basis, it would be worth buying an external aerial to boost reception as this can have a significant impact on speed and reliability.

A broadband project can be a worthwhile investment for rural communities. You club together with other nearby homeowners to split the cost of installing a high-speed fibre optic line and get very fast internet access without any of the drawbacks of wireless solutions. There are also companies such as Gigaclear and B4RN which can take on the financial burden if there is sufficient interest in your location.