What is ADSL Broadband? How does it compare to fibre and cable? 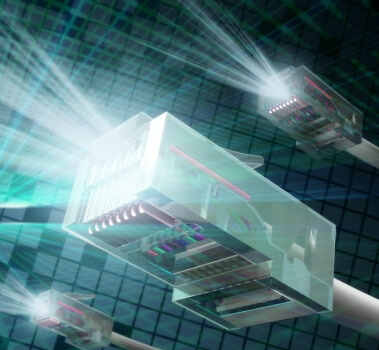 Asymmetric Digital Subscriber Line (ADSL) is the most common form of broadband connection in the UK. It is delivered via your copper telephone line and offers average speeds of around 10Mb.

While households and businesses benefit from fast fibre optic, ADSL offers sufficient speeds for many tasks, can be very cheap, and ADSL-compatible telephone lines are available in most premises because these broadband services use the Openreach (BT line) telephone network.

How does ADSL internet work?

ADSL works by sending data and voice along the same telephone line, with a filter at the end to split the signals; this allows voice calling while the internet is being accessed, in contrast to the pre-ADSL dial-up era when the internet had to be disconnected to make a call.

Most ADSL broadband now uses ADSL2+ technology with average download speeds of around 10Mb. ADSL2 and ADSL2+ are enhancements to the original ADSL standard, each offering higher rates for users situated closer to telephone exchanges (with ADSL, speed decreases the further you are from an exchange).

Unfortunately, a few areas are currently unable to receive ADSL2 and ADSL2+, resulting in speeds being limited to a maximum 8Mb (and usually a lot slower in practice).

Further improvements to the choice of packages, speeds and prices have been enabled thanks to LLU (Local Loop Unbundling), a regulatory process that allows other ISPs to provide services on the BT Openreach network. This is what's offered by providers such as Sky, TalkTalk and Post Office.

Why should you consider ADSL?

However, if you are thinking about subscribing to ADSL, keep in mind its downsides:

If you're now sold on ADSL, check out our best  deals below:

Thanks to ADSL's wide availability, numerous ISPs offer low-cost internet access using this technology. However, it is worth mentioning that some big names do not. For example, Virgin Media only offers fibre internet over its own cables. And while Vodafone uses the Openreach telephone lines, it does not offer ADSL, only high-speed fibre broadband.

BT
Unlimited broadband starting at around £25 on an 18-month contract. BT deals include a free Wi-Fi router and free access to the BT Wi-Fi public hotspot network. Average download speeds of 10Mb. BT broadband is frequently available with free rewards.

NOW Broadband
Starting from just under £20 a month, NOW deals offer unlimited data and may include free anytime calling and a NOW TV pass. Average speed is 11Mb.

Plusnet
Plusnet offers unlimited ADSL broadband with a variety of package options, including "line only" without inclusive calling. Prices start under £20 a month. Free wireless router included in the price, no setup cost on most packages.

Sky Broadband
Unlimited 11Mb broadband on an 18-month contract, from around £18 per month. Includes free Sky Hub Wi-Fi router, Sky Broadband Shield Security, and free Wi-Fi access from The Cloud when you're out and about

TalkTalk
Cheap ADSL broadband deals including a free router and fixed price for the duration of the contract. Setup is often free, and prices start from under £20 per month. 11Mbps average download speed and 1Mb average upload speed. TalkTalk offer unlimited downloads and online security features.

These are just a few of the providers which offer ADSL. Check out our home broadband deals for full details on all packages and providers.

With so many providers offering ADSL broadband internet, you're spoiled for choice. ADSL can be very cheap too, and while the speeds are limited in comparison to high-speed fibre broadband, it should be enough for most individuals or small households.

To find out if your property can access affordable ADSL broadband, use the Broadband Genie postcode checking tool to see what's on offer in your location: