What is LLU Broadband? 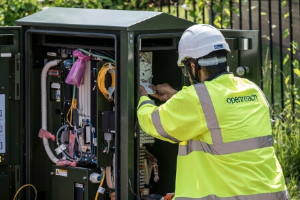 If you’re shopping for broadband deals and doing your research, you may have heard 'LLU' used quite liberally. But the term isn’t always adequately explained. Read on to find out what it means and why it matters when buying broadband.

What does LLU mean?

LLU stands for Local Loop Unbundling. It’s a rather clumsy name for the mechanism that allows other ISPs to resell BT Openreach network access as their own brand.

This was initially mandated by the government in order to increase competition and open the market up to new ISPs. Before unbundling, BT was the only provider with the network capable of offering broadband access to the majority of properties within the UK. It was the monopoly and was blamed for stifling competition, innovation and development of internet access and technology. If there was no competition, there was no real reason for BT to make their network better, more reliable or faster and the UK would be left behind.

Back in 2001, Ofcom compelled BT to allow access to its local exchanges so other companies could access them. Those companies could effectively buy wholesale bandwidth from BT and resell it as their own. BT Openreach was formed to manage this new arrangement, and still does today.

The result of local loop unbundling was that competition entered the market. BT had competitors for broadband and also large wholesale customers who demanded reliability, connectivity and speed. All things Ofcom wanted to encourage.

What do we mean by a local loop?

So we know what unbundling means, but what about the local loop? The local loop is the technical term for the last mile of the provider network. That last mile includes your local telephone exchange, the lines to the green street cabinets and the connection between your property and that street cabinet.

Installed and owned by BT, the company leases this last mile to ISPs to resell to you. Openreach is responsible for the maintenance and upkeep of this last mile and will perform any repairs. This is why even if you’re a Sky or Plusnet customer, it could be a BT Openreach engineer who may come to fix any problems you have.

Local loop broadband is usually ADSL and ADSL2+ but can also apply to some fibre broadband too.

The majority of home broadband ISPs - with the notable exception of Virgin Media - will likely be using LLU broadband. If the ISP has not installed its own network, it will be using Openreach infrastructure.

Virgin Media has its own completely separate network so does not need to use BT Openreach. Other companies such as Colt, KCOM, and Hyperoptic have laid their own networks and do not need to use Openreach lines.

There are many advantages to LLU broadband. It has created the competition that Ofcom originally wanted, forcing BT to up its game by making the network more reliable and faster, and to develop technologies to keep Britain’s internet infrastructure improving.

By having larger and more influential customers, BT is also encouraged to develop and maintain its network. It not only has Service Level Agreements (SLA) for end-users but wholesale SLAs for those ISP's resellers too. That’s two reasons to maintain, develop and invest in their network which benefits us all in the end.

LLU also allows ISPs to offer a range of services at different price points., These can offer much more flexibility and better pricing than BT’s own phone and/or broadband packages.

Finally, LLU broadband has enabled more properties to be connected in more ways by more companies. Choice is always a good thing in a market and that’s no different here!