Cancelling broadband contracts: how to cancel early, and cancel for free 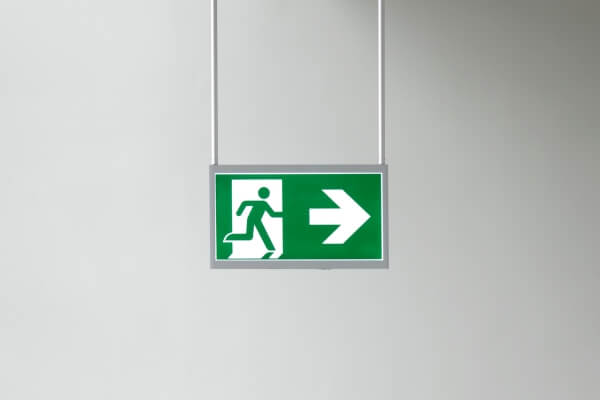 If you’ve reached the end of your tether with a home broadband provider, or you’re looking to get a better deal, upgrade your speed, or are moving home, you may be considering ending the contract early and finding a new broadband service.

Before you do this, though take note of the cost. If you've not yet reached the end of a minimum term contract, it will usually involve an early termination fee, and if you’re not far into a lengthy agreement that could be a fairly significant amount.

But what’s involved in ending a broadband contract, what could it cost you, and is there a way to cancel early without paying anything for the privilege? This guide will show you how it may be possible to cancel an internet contract for free and how to go about it.

How can I cancel my broadband for free?

There are times where you can end a broadband deal and face little to no cost, so if your situation falls into any of the scenarios below you might be free to switch without giving your bank balance a walloping.

If you’re out of contract

If you’re outside the minimum term of your current broadband service, then you’re free to leave whenever you like without penalties.

This might seem too obvious to bother mentioning, but many of us let our broadband services run on past the initial term and never question it, so if it’s been a while since you switched you should get in touch with your broadband provider and ask them how many months - if any - are left on your current deal. If you are out of the contract, then you can start the search for a new broadband deal. Though it’s worth negotiating with your current provider to see what they can offer, too.

There is a caveat to this: some ISPs charge a disconnection fee regardless of your contract status. This isn’t well advertised so you’ll need to check with customer services or dig into the terms and conditions to find out if your provider has such a policy. This is also the kind of thing you can find mentioned in our broadband provider reviews.

If you’re in your cooling-off period

There is a minimum 14-day cooling-off period which begins the day after you register for the service, during which you may cancel for free for any reason. And while 14 days is the legally required minimum, some providers do offer a longer cooling-off period.

You should notify the provider in writing as soon as possible if you’d like to take advantage of this right, and we would recommend keeping a record of all communications in case of problems.

Note that if your broadband service has begun before this cooling-off period has ended, you will be liable for the cost of providing the service during that time.

If your broadband is slower than expected

A slow broadband connection may be grounds for cancelling.

In order to use this to end a contract early without charge, you will need to follow their tech support procedures first so they can attempt to fix it, and the speed must be significantly lower than the rate you were advised when joining - all providers should supply an accurate estimate when you sign up so if you don’t receive this you should query it.

If the provider agrees there is an issue and is unable to fix it, then you can cancel without charge. The provider may offer alternatives such as switching you to a cheaper package, but you are not obligated to accept this.

The code of practice is voluntary. At present, the residential broadband providers who have agreed to it are:

You’ve got a complaint

Complaints may lead to the provider releasing you from the contract early, but it is at their discretion.

You may be particularly upset with the provider and feel that you are justified in cancelling, but you should never end service before the expiry date unless the ISP has agreed to do so without a penalty.

It is not unknown for providers to waive a cancellation fee for customers who are unhappy. However, this will require a formal complaint. If you just call customer services, voice your displeasure, and then cancel you’re going to be faced with a bill for the remaining months.

If ending the contract early is the goal you can state this when making a complaint, but make sure to follow the correct procedure and don’t assume you’ll get a specific outcome until it is confirmed by the provider.

If your broadband provider raises its prices

If a provider raises prices and you have a fixed contract taken out after 23rd January 2014, you have a right to cancel mid-contract. The provider must notify you of the price increase 30 days in advance, giving you 30 days to cancel.

This can be used for any broadband provider, and they do not need to have signed up to any voluntary codes.

If you’re moving home and you can’t get broadband

You may be able to leave for free if you move to a new area and your current provider is unable to supply a connection. However, each ISP has its own approach to this situation; some will still charge even if they aren’t available in your new home. It also won’t count if they can provide a slower service; you’ll either have to accept the slower speeds or cancel and pay any necessary fees for doing so.

What if I want to cancel for other reasons?

If none of the scenarios above fit your situation, you're not out of options. You always have a right to cancel even if it might mean accepting a fee to do so. If you feel you have a right to leave without penalty, then you should contact the provider and explain and, if necessary, pursue it as a complaint.

Will it cost money to cancel my broadband contract early?

Assuming you don’t qualify for one of the situations above, cancelling a broadband contract early will always cost something.

At a minimum, this is going to be a fee for each remaining month on your contract (with partial months charged pro-rata). Each provider has its own rate; sometimes it will be the full monthly charge, but more commonly it’s a reduced fee. As an example, the table below shows the cost of ending a TalkTalk broadband contract before the minimum term is up:

But in addition to a per-month charge, there are often other costs, such as:

The provider’s terms and conditions should explain everything, though it may be easier to simply call customer services and ask them to tell you exactly what it would cost to end your contract now, including any one-off fees.

How to reduce the cost of cancelling broadband early

If you’re within a few months of the contract ending the early termination fee may be minimal, and justifiable if you have to leave right now. But if you’ve got any significant amount of time remaining the costs can quickly add up, and you could face paying a three-figure amount in the final bill.

However, there are some options for reducing an early cancellation charge, such as:

Some providers - notably BT, EE, Sky, Virgin Media, and Vodafone - will give you credit for the cost of cancelling your existing service if you're charged when you switch to them.

But before you jump at this offer, take note of the following:

Some providers have referral schemes that give you a reward when a friend signs up. For example, Virgin Media will give £50 to both you and a buddy when they join up. Because of the way referrals work, this is not always going to be helpful for offsetting an early termination fee, but it could be handy if you’re in a situation where you can take advantage of it.

There are always loads of broadband deals with special offers such as reward vouchers, pre-paid credit cards, and free gifts. The value of these extras can be high enough that they could exceed an early cancellation fee, or at least go some way to offset it.

To find out what kind of special offers are available right now check out our broadband rewards, which often includes exclusive deals you'll only find on Broadband Genie.

How to cancel your broadband provider

In addition to all the information on this page, we've also got guides on how exactly to cancel specific providers: