The Google Stadia cloud gaming service is due to launch later this year, and it promises to lower the cost of entry to gaming by removing the need for expensive consoles or PCs. Instead, players will stream games over the internet.

But while Stadia could enable many more people to enjoy gaming, our own research suggests that Stadia’s price model could make it a tough sell.

Last month we ran a survey in conjunction with Eurogamer to find out what gamers thought of Stadia, and whether they would find it useful. The first part of our research - looking at the issues with broadband speed when using cloud gaming - was released a few weeks back. But in addition to broadband performance we also asked gamers about the cost of cloud gaming, such as how much they’d expect to pay and what kind of price structure they would prefer to see from Stadia.

What we discovered is that gamer’s expectations for Stadia are very far from the plans Google has announced, and it could greatly impact the popularity of the service as a result. 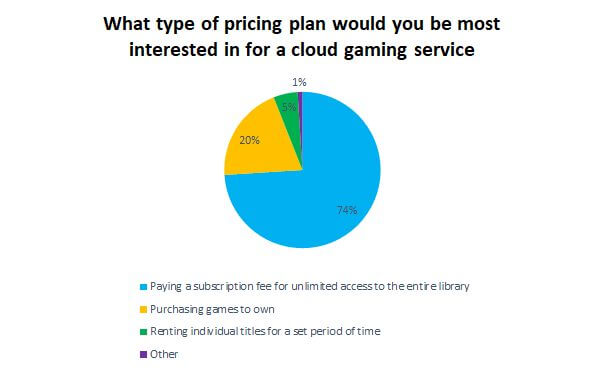 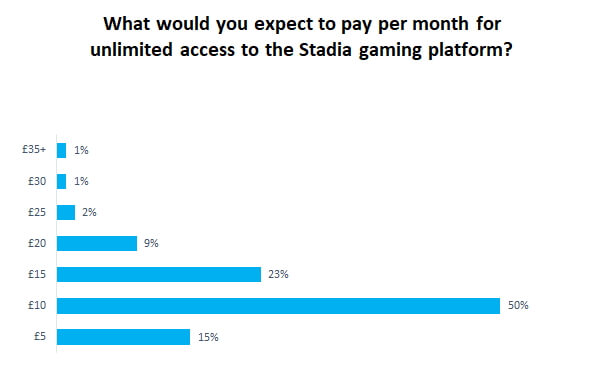 One big question about Stadia was not just what it would cost, but how it would work. Respondents to our survey were overwhelmingly in favour of a Netflix style structure: pay a subscription fee and get access to a library of games. And most people said they’d be prepared to pay something in the region of £10 per month.

We now know that Stadia will mostly require games to be purchased, but that there will also be a premium subscription option. Until 2020 the £8.99 sub for Stadia Pro is the only way to use the service, yet this will only grant access to a handful of games and most releases will have to be purchased.

20% of our survey respondents said they’d be up for purchasing games, but that comes with an important caveat… 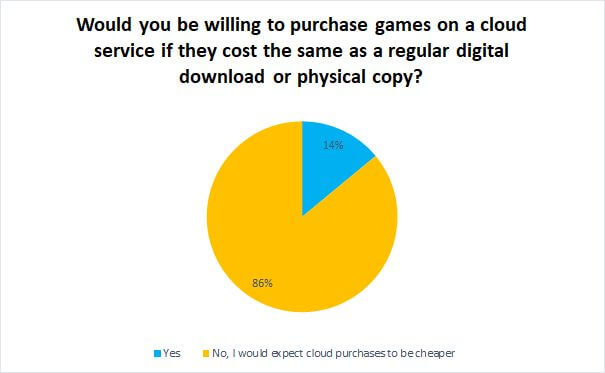 A massive 86% said they would not be willing to buy games for cloud streaming if the price was the same as a digital download or physical release. Yet that appears to be exactly what Google is intending to do, with Stadia boss Phil Harrison saying “I don’t know why it would be cheaper”. 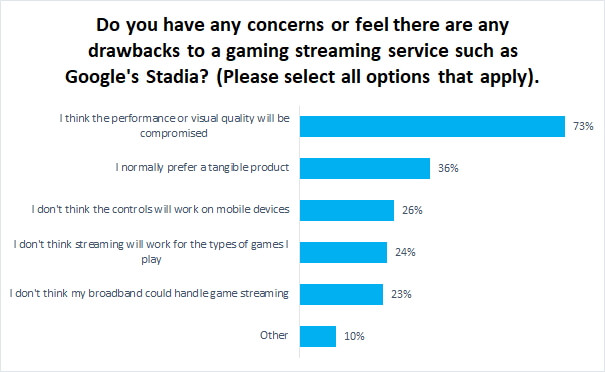 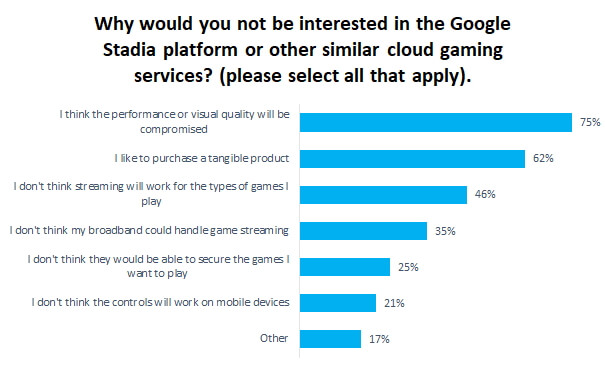 Everyone who completed our survey - both those who said they were and were not interested - had similar concerns about Stadia. While performance is the number one priority, the second most popular issue was the lack of a tangible product.

A key advantage of cloud gaming is the fact that it doesn’t need expensive hardware or big downloads - you simply log in and start playing instantly. But that also means giving up some level of control. There is no saving a copy of the files locally, and no physical disc or box. It seems that for many people the idea of losing that control (even more than we already have with digital downloads) and having no product (even if it’s simply a box with a download code) is unappealing.

Add to this the expectation that gamers will be willing to pay the same price, and Google may find that Stadia struggles to gain much traction among players who already own a suitable console or PC, or who decide that they’d rather pay up front for the hardware.