But while streaming lowers the barrier for entry it’s not a perfect system, and one potential deal breaker is that you will need decent gaming broadband. Fast, low latency internet access is a requirement for game streaming in order to enjoy the kind of visual quality and responsiveness you can experience with dedicated home hardware. And that may be a problem for a significant number of gamers in the UK.

Broadband Genie recently teamed up with Eurogamer to find out whether UK gamers would buy into a service like Stadia, and whether their broadband was up to the job. In a survey of 3,142 people we discovered that while interest is high, lots of players will need to upgrade their internet to take full advantage of Stadia. 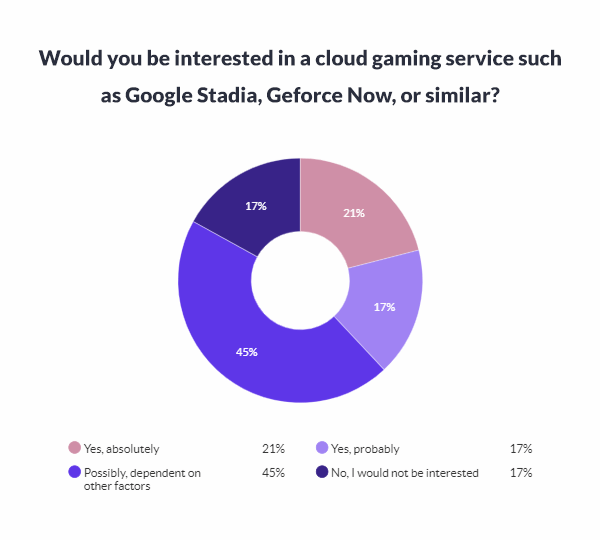 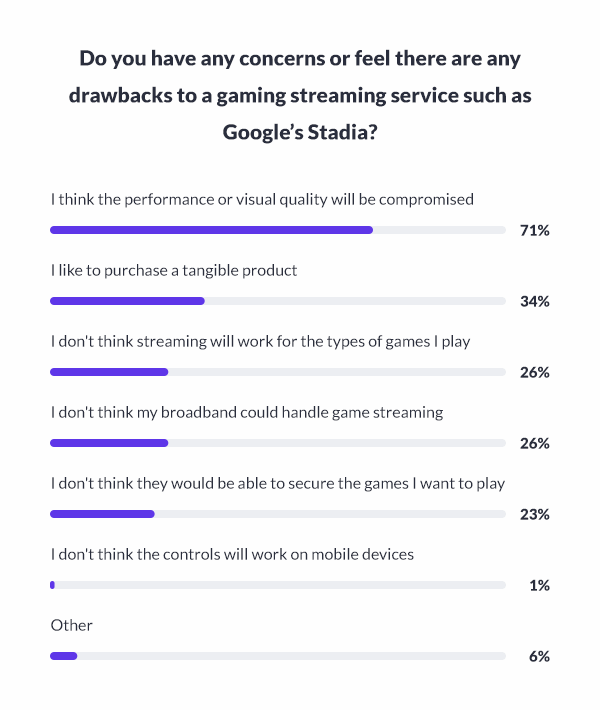 Stadia and other game streaming services have lots of potential, and 83% of our survey respondents expressed interest, though for a significant number (45%) it will depend on factors such as cost, performance, and of course the games it can offer.

Performance is seen as the major drawback for game streaming. Even in the best conditions game streaming will have a higher latency than playing on a console or PC, and playable resolution will depend heavily on broadband speed. 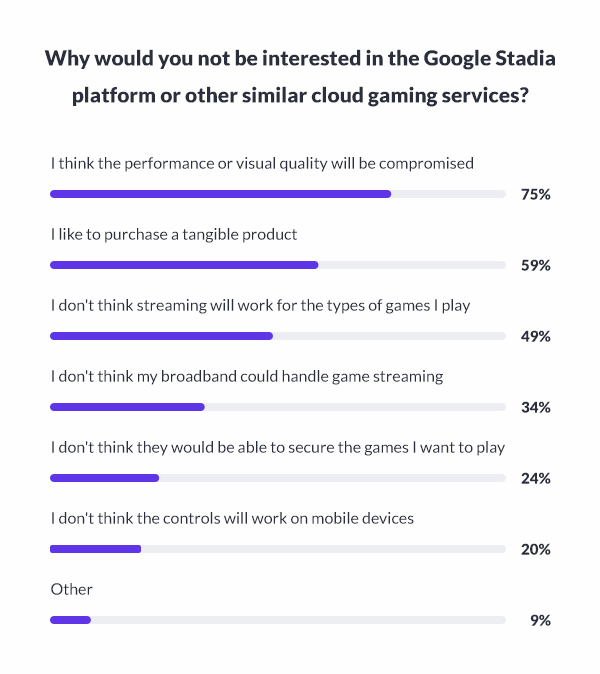 Performance is also the main reason cited by those who say they aren’t interested in Stadia and similar services. 34% also don’t think their broadband is up to the job. 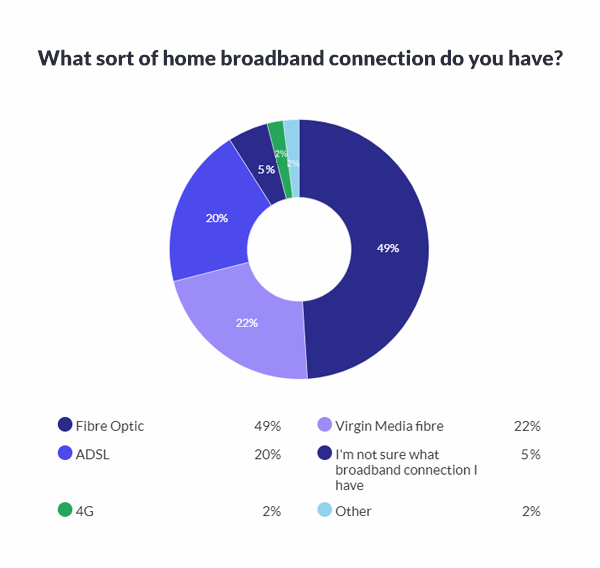 A majority of our respondents say they have fibre optic broadband at home, but 20% are using ADSL.

Google says a speed of 35Mbps is recommended for Stadia to achieve 4K resolution at 60 frames per second, with around 20Mbps required for 1080p, so for an experience which matches console or PC you would require fibre optic internet. 1080p (or Full HD) is considered to be the standard for modern games and dropping below this would be a big step down in visual quality. 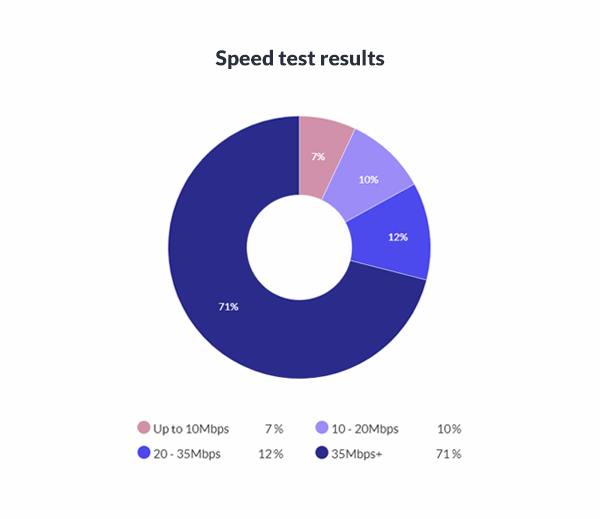 2,138 of our respondents also carried out speed tests during the survey. While most reported speeds in excess of 30Mbps - which should comfortably accommodate Stadia - 17% had a broadband speed below 20Mbps and so may struggle to stream at 1080p.

This means that anyone interested in using Google Stadia or other streaming services who is currently using ADSL will need to upgrade to fibre optic internet if they want to emulate the experience of playing on a home console.

“Advertised broadband speeds are one thing, but the reality for many people is a slower internet", says Eurogamer Deputy Editor Wesley Yin-Poole. "If Google really wants Stadia to take off as a mainstream global platform for millions to play video games on, it’ll have to be mindful of the millions whose internet may struggle to provide a console-quality experience.”