Ever since Netflix launched its streaming video service in 2007, the way we watch TV and movies has been transformed. Streaming has given us affordable access to enormous libraries of content, available on-demand in high definition. It’s sent major shockwaves through the entertainment industry as a result.

But as well as giving traditional TV broadcasters and Hollywood studios a fright, streaming may have done the impossible and put a major dent in piracy. For several years piracy has been on the decline while streaming exploded in popularity.

It seems that rather than fighting piracy with legal threats and web site blocks, the answer was to provide consumers with easy access to the content they wanted at a reasonable price.

But this trend now appears to be reversing, with reports showing that BitTorrent traffic is again on the rise. And the increasing fragmentation of the streaming video market could be a major cause.

There are a growing number of streaming services, most offering TV shows and movies you can’t watch anywhere else. Although Netflix remains the single most popular provider by some distance, it is starting to lose shows and movies to newly launched rivals. Keen viewers with a wide range of interests who want to catch up with new releases as well as watching old favourites are now being asked to pay for multiple monthly subscriptions, and many of them may decide that piracy offers a cheaper and easier alternative.

“As more legal services have exclusive releases, it’s harder for people to get everything they want from one place", says Ernesto van der Sar of TorrentFreak.com. "Instead of signing up for paid subscriptions at a handful of services, which may go beyond one's budget, some then turn back to piracy.”

In a survey of 1,500 visitors to our site we set out to discover how people felt about the splintering of streaming services, and whether they might turn to piracy. 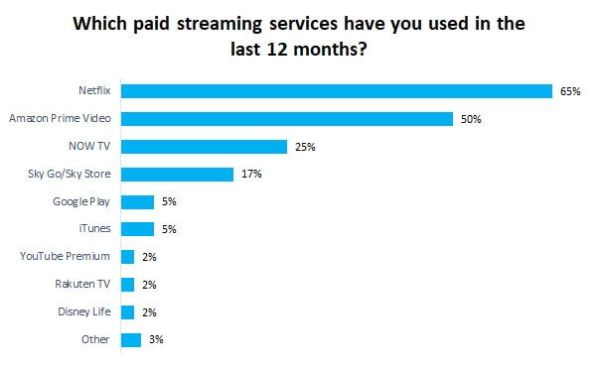 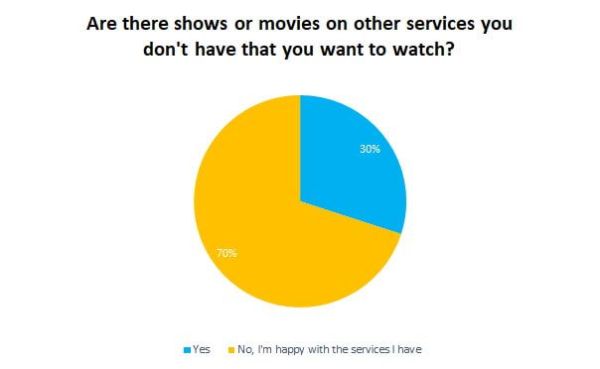 Amazon Prime and Netflix are by far the most popular services for UK streaming subscribers. Both boast extensive libraries at a relatively low cost.

But 30% say that there is content they want to watch on services they don’t have. The UK is yet to experience the same degree of fragmentation as other countries so the situation is only going to get more complicated with the launch of major new services over the next couple of years.

Apple TV+ is coming in November, and Disney+ is set to arrive in the UK sometime in 2020. It also seems likely that the US-exclusives HBO Max and Hulu will eventually come to the UK, as will NBC’s newly announced ‘Peacock’, which has nabbed smash hit sitcoms Friends and The Office from Netflix in the US. There’s also Britbox, the BBC and ITV project, which is currently limited to the US but launching in the UK later this year. 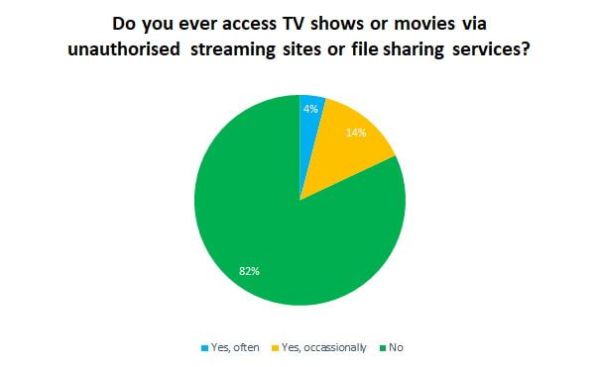 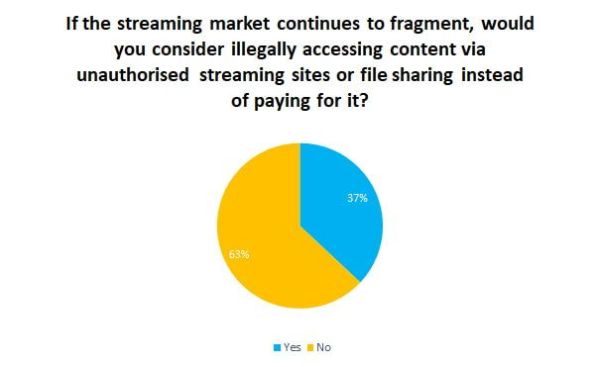 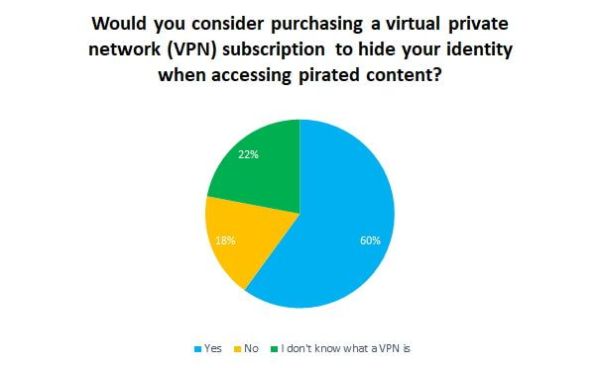 18% of respondents admitted to “often” or “occasionally” accessing content via illegal streams or file sharing.

But 37% would consider illegal sources instead of paying if streaming service fragmentation continues to grow. And 60% of them would consider paying for a VPN to hide their identity.

“These people still pay for legal services,” says Ernesto, "but they use pirate services to watch movies and TV-shows that are otherwise only available at services they don't have access to.” 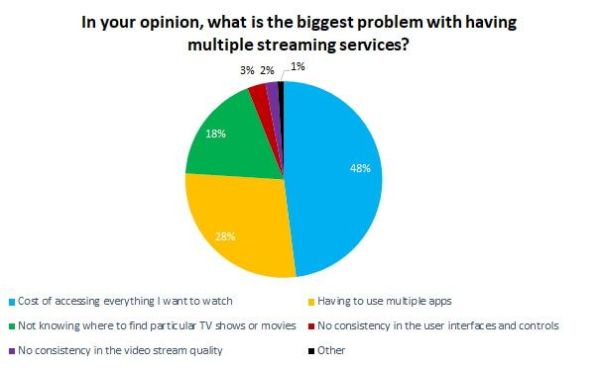 We also asked what people didn’t like about having multiple services. While it’s no surprise to find that cost was the most popular answer, it’s interesting to discover that a large number of people are frustrated with the need to use different interfaces, and with the difficulty of finding a particular show or movie.

This suggests that streaming providers could retain some customers who might turn to piracy by providing a unified interface which supported multiple services. “That's what people also get at pirate sites", says Ernesto. "But this is easier said than done, as it won’t bring in enough revenue, at least not at the subscription rates we have now.”

For now, viewers with limited budgets may be best off switching between providers depending on what they want to watch. In the long term, it remains to be seen whether the market can sustain this many streaming services, or if we end up with a few giants dominating the industry as the smaller players end up being swallowed by those with deep pockets.