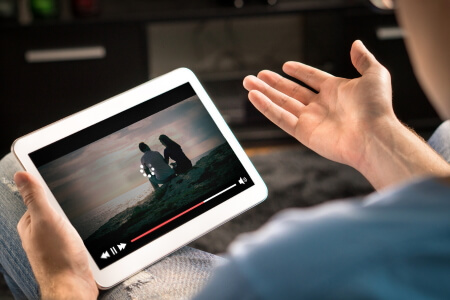 The government has been promising better broadband for years, but the UK continues to lag behind much of the world. Now new research by Broadband Genie has found that a small yet significant number of new homes are still being built with internet access which is barely fit for purpose today, let alone in the future.

Broadband Genie examined 3,044 postcodes for new build properties registered between July 2019 and April 2020 to see what kind of fixed-line broadband was available to residents.

ADSL is extremely slow by modern standards, with an average speed in the region of just 10Mb. We would expect that almost everyone should now be getting access to FTTC fibre as a bare minimum. This is the type of fibre broadband offered by the majority of providers using the BT Openreach telephone network.

However, even FTTC is starting to show its age as it has a maximum average speed of around 65Mb. G.fast is an upgrade to the technology capable of delivering up to 300Mb, though it is only available to homes that are relatively close to an exchange, and at present, it has a tiny coverage footprint.

Ideally, every new build home should now get either FTTP or Virgin Media, if not the choice of both. These networks are capable of offering extremely high speeds and have the capacity to become even faster in the future. Installing FTTP or Virgin while properties are under construction would seem to be a sensible step, as it would avoid the need for further work and disruption later on.

What we discovered was that slightly more than half of new build homes were getting FTTP, and only 8% were connected to Virgin Media.

The graph above shows the results from all properties examined and includes homes where more than one type of broadband is available. In some cases, the owners will have the choice of two or more types of broadband - although if they only have a regular BT telephone line, it will probably be a choice between ADSL and FTTC.

That it’s not close to 100% of new builds getting future-proof internet in 2020 is a problem. But what’s most concerning is that when we look at the results of properties where only a single type of broadband is available, 19% of them are restricted to ADSL.

ADSL is too restrictive by modern standards. While it can suit an individual or small household depending on their usage habits, our growing use of bandwidth-hungry activities like video streaming and gaming means that it can quickly become overwhelmed. And demand is only going to increase, especially if there is a permanent shift toward remote working as we have experienced during the coronavirus crises.

The government is planning to put new regulations in place next year which will mean that developers are “legally required to install high-quality digital infrastructure from the outset, make it a priority as part of the build, and ensure broadband companies are on board before the first brick is laid”.

That is a positive change, but it comes too late for the many thousands of new-build owners and businesses who could have benefited had such measures been enacted years ago.

Commenting on the news, Liam McAvoy, Senior Director of Business Development at full-fibre ISP Hyperoptic, said “It is unacceptable that one five new build homes are being built without access to full fibre. It makes no sense to build a property and only provide the building with access to yesterday’s technology that isn’t future-proofed and can’t scale with bandwidth demands. Full fibre connectivity should now be an essential component of the build process. It’s time that the industry gets up to speed on having full fibre installed in a new build, from day one”.