Social media platforms face increasing pressure to clamp down on hate speech and disinformation, especially after the massive political and social upheavals of recent years.  Now, a new survey has found that a majority of the British public are in favour of mandatory identification for social media, believing it would help reduce online hate speech.

The idea is that by forcing people to use their real name or provide a form of ID to the platforms, users could be held accountable for what they post. As a result, incidents of hate speech and other abuses of social media could be reduced.

But would people be happy to hand over ID, would they change their behaviour, and would social media platforms even enact such policies?

In the survey conducted by Broadband Genie, 1,620 people were queried about their attitudes towards social media identification requirements. 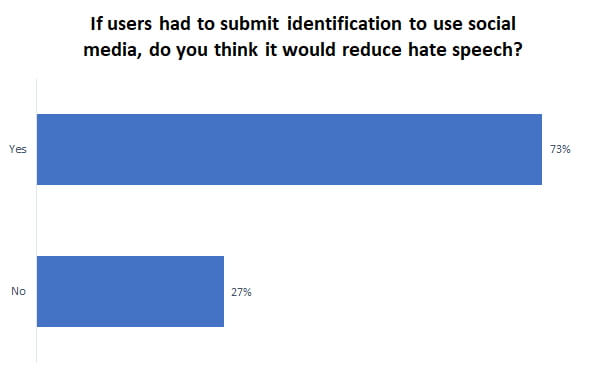 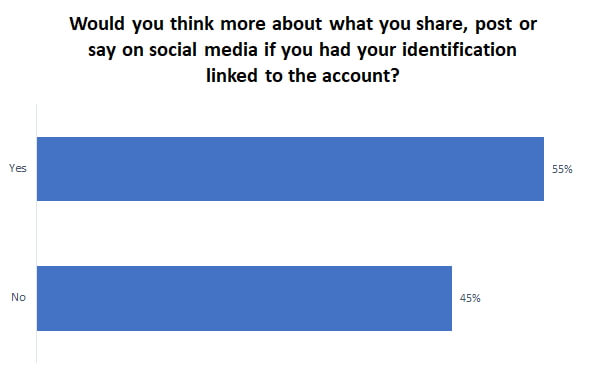 73% believe that ID could help combat online abuse, and 55% said it would make them consider what they’re posting online.

However, what would happen if you actually asked people to provide ID? Our survey suggests that many would agree, although a sizeable portion have significant concerns and would not be on board with handing over personal information to post online. 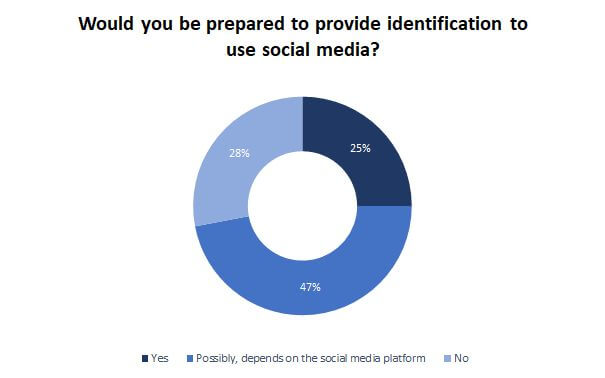 Although 28% are firmly against it, 25% are fully in agreement, and a further 47% would consider it depending on the platform.

When it comes to what ID they’d use, a driver’s license was far and away the most popular option. 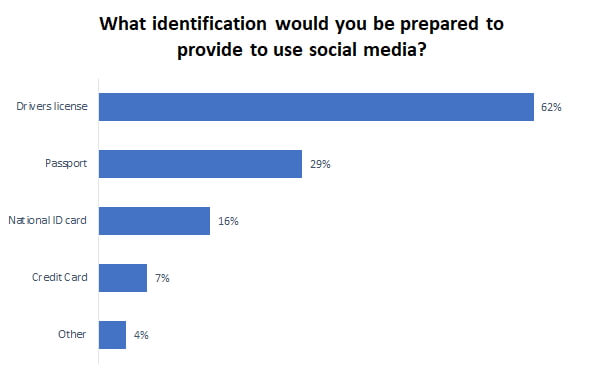 Credit cards weren’t favoured, which likely comes down to how much people trust social media companies with their data (which is to say, not much). 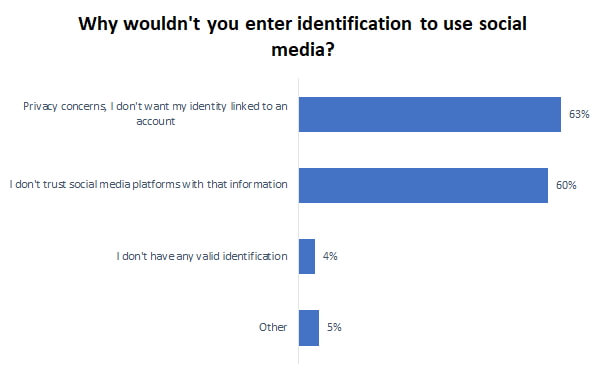 Of those who said they wouldn’t want to provide ID, privacy is the number one concern, though nearly as many don’t think that social media operators can keep their data safe. Hardly surprising given the major data breaches which have occurred over the years, and the generally low level of trust most of us have in technology companies to protect sensitive information.

Cameron Bulanda, Security Engineer at Infosec, said: "Nearly every major social media platform has reported a security breach in the past decade. This includes Twitter, Facebook, WhatsApp, Telegram and even LinkedIn. In many of these incidents, sensitive account information was leaked to bad actors and later listed for sale on the Dark Web. It’s through these lists of compromised data that cybercriminals can piece together fairly robust profiles of high-value targets by simply looking for common threads like emails, phone numbers and employers. Every additional piece of exposed personal information increases the likelihood of a social media user becoming a cybercrime victim later on."

Aliza Vigderman of Security.org highlighted the risk of entering such information on social media platforms. "The risk to the user is that the company will suffer a data breach of this information, which could result in identity theft and further financial losses. Especially with Social Security numbers, hackers can use this information to open bank accounts, apply for loans, and register crimes, which could affect the user’s life monetarily and in terms of housing and employment."

Stacy Caprio of Her.CEO thinks the solution could come in the form of a digital passport which can verify users without directly supplying ID documents to social media platforms. “All supplied identity credentials serve as another point for malicious use whether now or in the future”, she says. “The best way to prove one's identity is in a manner where the actual credentials are not known or searchable to other users, bots, or even employees of the social media platform.”

But any ID plans are likely to receive stiff opposition from the platforms themselves.

“These platforms thrive off the myriad of accounts created that they get to advertise to”, says Kissmetrics CEO Ryan Salomon. “Thinking that these companies would take major financial blows to prevent this from occurring is very optimistic. What needs to happen is better policing by all platforms. Have either AI set up that can track specific phrases or words or have actual people operating a search function much like SEO that leads them to accounts that can be deemed flagrant.”