Streaming vs cinema: pandemic could have lasting impact on movie theatres

A new survey by Broadband Genie suggests there’s been a shift in movie viewing habits in favour of streaming platforms caused by the coronavirus pandemic, which could have a lasting effect on movie theatres.

We surveyed 1,875 movie fans aged 18+ about their video viewing before and during the pandemic. This revealed that while many are itching to get back to the big screen, some of us are happy staying at home and supplying our own popcorn to enjoy the latest movies on streaming platforms. 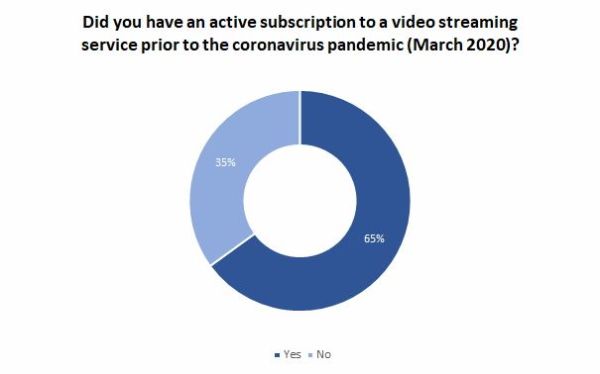 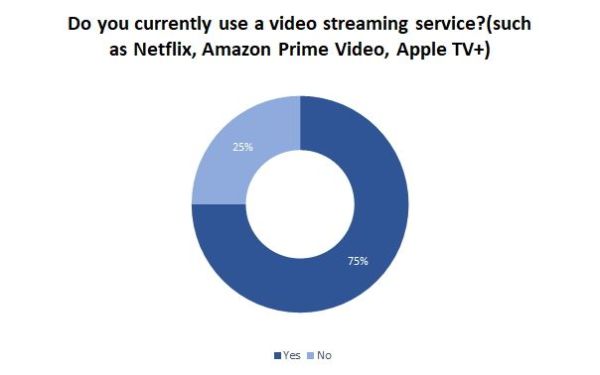 Even before the pandemic, streaming was seriously popular. According to our results, a majority (65%) of us had some kind of streaming subscription before March 2020.

A large number of our respondents think streaming could one day replace the cinema entirely. 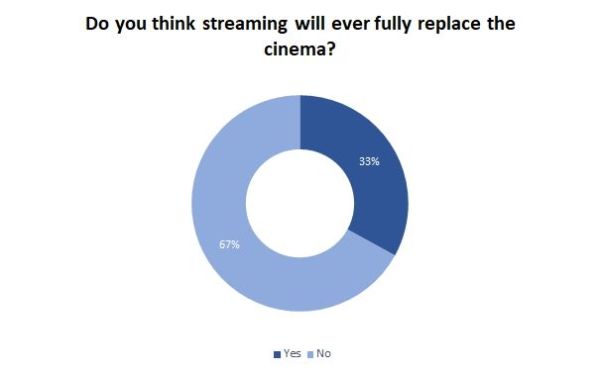 So what might happen to cinemas once we return to something approaching normal? 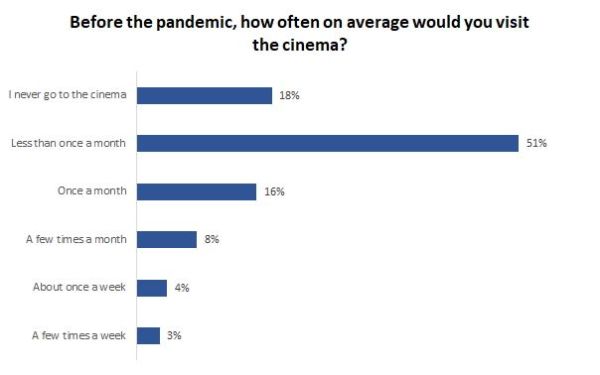 Will this continue once cinemagoers consider it safe to return? 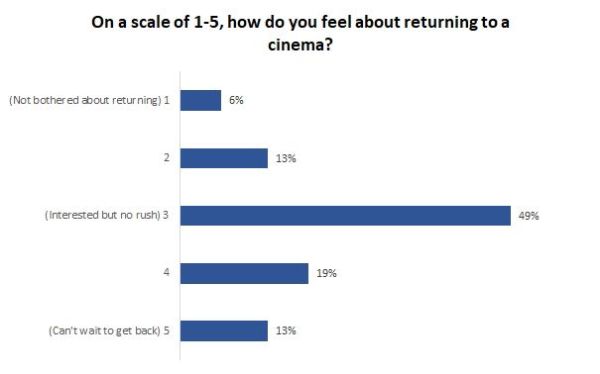 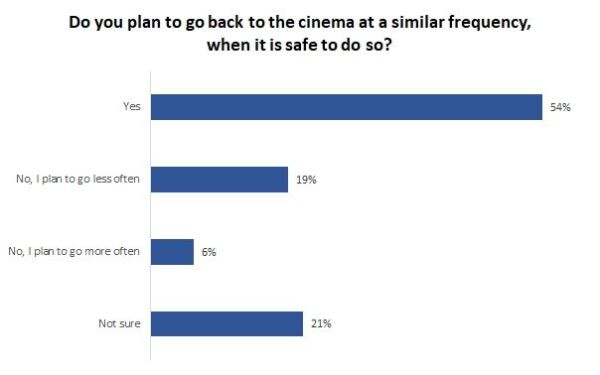 Our research suggests that there is some good news for cinemas here. 13% of respondents are keen to return, while 49% are cautious but interested.

Excluding those who said they never go, 54% will return to cinema viewings with a similar frequency, while 6% say they will actually visit more often.

However, 19% of our survey respondents said that they plan to go less often than before. Unless they plan on not watching movies again, this is money that’s probably going to a streaming service instead.

Many people will be reluctant to think about going to the cinema until the pandemic is well behind us, but it’s likely they can be tempted back once more. So is there something cinemas can do to drag us away from the sofa? 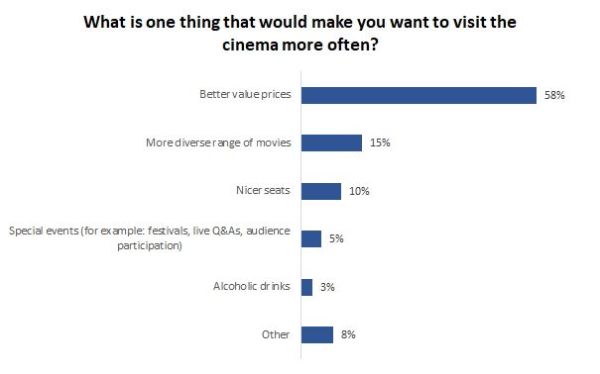 We asked our visitors what might make them visit a cinema more often.

Value for money is the unsurprising winner, though a significant number are interested in films that aren’t just the usual blockbuster fare, and 10% would appreciate nicer seating. Among those who chose “other”, there were some interesting answers that show cinemagoers want a general improvement in the experience of visiting a theatre. Banning food and banning mobile devices were popular suggestions, and the subject of social distancing was repeatedly raised.

Cinemas may be hoping that the simple allure of leaving the house and doing something different after a year and a half of sheltering indoors will be enough, but streaming was already making a dent before the coronavirus. If cinemas wish to not only survive but prosper in a post-COVID world, they need to offer more than just a bigger screen.