Game Streaming is a new feature for Microsoft Xbox consoles which will allow gamers to play remotely via a smartphone. Using Console Streaming - currently in the beta (preview) stage - an Xbox console hosts and streams games to a supported mobile device, so you’ll be able to enjoy your games library wherever you are at no extra cost.

It’s a fantastic freebie, but in order to take advantage of this and similar features from other platforms you’ll need broadband that’s up to the task, and that could be a problem for many in the UK.

Yet many UK gamers could struggle as their broadband - both home and mobile - may not achieve these speeds. 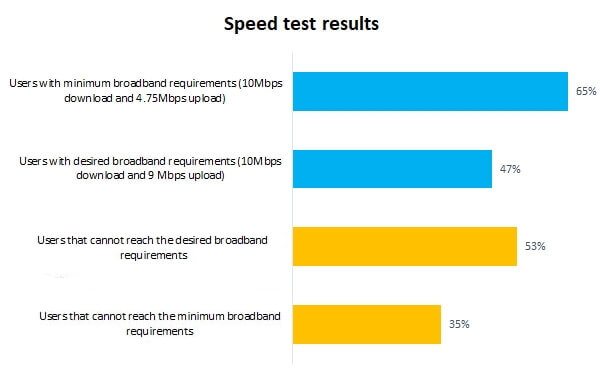 Using the results of 95,968 speed tests supplied by BroadbandUK, we found that 35% had broadband speeds which fell below the base requirement of 10Mbps down and 4.75Mbps up.

The good news is that 65% met these minimum requirements. Though slightly less than half had a connection that could achieve the recommended upload speed of 9Mbps.

The minimum requirements mean that in order to use Console Streaming, you’re going to need a fibre optic home broadband connection (or anything which offers equivalent speeds). ADSL broadband - with its meagre 1Mbps maximum upload speed - is not going to be up to the task. 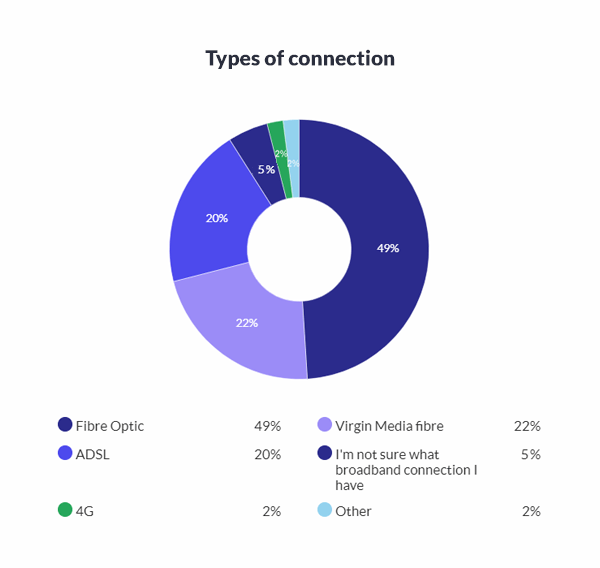 According to data we collected at the end of last year for our Google Stadia piece, 20% of subscribers are currently using ADSL. However, with superfast (24Mbps+) broadband now available to more than 95% of the country, many of those on ADSL should have the option of upgrading to a faster service. Cost may be an issue, but there are plenty of cheap fibre deals.

But as well as home broadband, gamers wanting to use Xbox Console Streaming on the move will need to make sure their mobile connection is quick enough too.

Looking at data on mobile internet speeds from OpenSignal, you’re going to need 4G in order to comfortably use Console Streaming on the move. All the major network operators - EE, O2, Three, and Vodafone - have an average 4G speed of more than 10Mbps down and 4.75Mb up, though only EE is able to offer an average upload greater than 9Mbps.

But none of the 3G networks achieved 10Mbps/4.75Mbps; the fastest was Three with 8Mbps download and a rather puny 1.6Mbps upload.

However, keep in mind that mobile broadband speeds only impact the use of Console Streaming when you’re outside the home and not connected to Wi-Fi. Inside the home, you’ll just need to ensure you’ve got a half-decent Wi-Fi signal. And if you are out and about there’s a good chance you’ll be able to find a public Wi-Fi hotspot which could be faster than your mobile data connection

Overall, while many of the millions of Xbox One owners will be in a position to enjoy Console Streaming once it’s widely available, a not-insignificant number will find that either their home or mobile internet - perhaps both - is not able to meet the minimum requirements. The gaming industry is rapidly embracing the use of streaming and cloud services, but the question is whether UK broadband services can keep pace.