How to monitor your internet usage 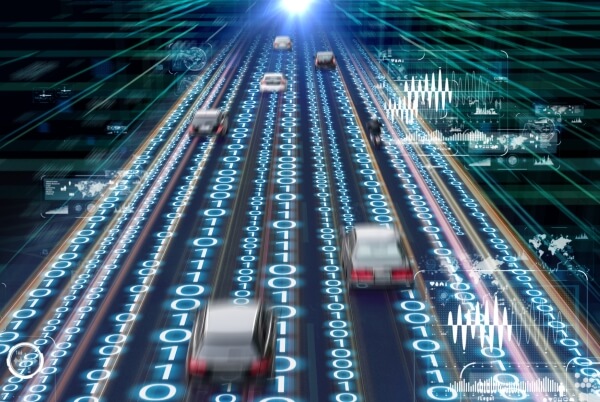 Every time you do something on the internet - be it download a file, browse a website, stream a TV show, or send an email - you use data. And because some broadband contracts include data caps it is often useful to monitor your usage to ensure you stay within the limits.

While your ISP won’t suddenly cut you off, they could bill you for any data over your limit or may slow down your connection. The extra fees are particularly problematic as they can end up costing more than an unlimited deal.

Most newer broadband contracts (including those from popular providers such as Sky, BT, Virgin and Plusnet) do not have data caps and these usually offer the best value. Capped contracts are an old way of doing things and, with increased speeds and increased dependence on the internet, they are slowly being phased out. Those caps served as an arbitrary upper limit of the data you can use per month. They were often between 10GB and 20GB and while that sounds a lot, you would be amazed at how quickly it was used!

But whether or not you have unlimited broadband you may still find it useful to monitor broadband usage:

Checking internet usage is fairly easy, and there are several ways to do it. But depending on why you're monitoring usage some methods are more useful than others.

How to monitor usage if your home broadband is not unlimited

If your broadband contract has data caps, it is worth keeping an eye on how much you use. This is definitely true for the first couple of months until you know roughly how much you or your family uses on an average month.

Every ISP that has capped broadband packages should provide the means to measure data use via an online tool; ask your ISP if you don’t see one within the customer portal of its website.

Some providers may also send warnings as you approach a data cap, though this is only useful to help you avoid extra fees or restrictions at the last minute, so you should not rely on it.

How to monitor usage if you have unlimited broadband

If you have unlimited broadband, your ISP likely won’t provide a bandwidth monitoring tool as you don’t really need one. There are other ways to check though, such as router logs or third-party tools

Your Wi-Fi router may offer a feature to track data. It may be called ‘traffic use’, ‘traffic meter’, ‘internet usage’ or similar. This is the best option if you can't monitor usage via your ISP, because it will measure data use for your entire home network.

There are also third-party programs you install onto a computer to monitor bandwidth. These are usually free and easy to use, but will only monitor traffic on the device it is installed on, not your entire network. But if you only have one computer, these will work fine. Some recommended tools include BitMeter OS, NetWorx, or GlassWire (Networx can monitor an entire network but requires some configuration and technical knowledge).

Another thing to note about using third-party data meter tools: if you use a program to monitor bandwidth usage as part of a dispute with your provider their findings will often not be accepted by your ISP.

Most mobile contracts have data caps and it is well worth monitoring your usage (at least during the early stages of a new contract) to see how much you use. This is true for mobile phones and mobile broadband dongles; both will include data caps, and networks will likely charge heavily for exceeding those caps or cut off internet access until you purchase more data.

You can use third-party apps to monitor mobile broadband usage the same as you can monitor fixed-line broadband. It’s easier on a mobile as you can install an app that sees all traffic that goes through your phone. Apps like DataMan Next for iPhone, My Data Manager or 3G Watchdog (which works on 4G too) for Android can help you monitor what you use.

Android and iOS also both have bandwidth monitors built into the OS. Helpfully, you can set a data limit and they will warn you when you get close. They are not as precise as your mobile network’s own tools but a useful backup if you think you might run over your data limit.

But the same limitations apply to these software solutions as they do for fixed-line broadband; they can help you manage your own data use but won’t be as accurate as your mobile network's own data use meter. And neither is the data likely to be accepted as proof in any dispute.

Whether you’re managing data caps or just want to monitor what’s going on within your network, bandwidth monitoring offers insights into what’s going on. The more we depend on the internet, the more useful it is to know exactly what’s going on.