All about broadband fair use policies 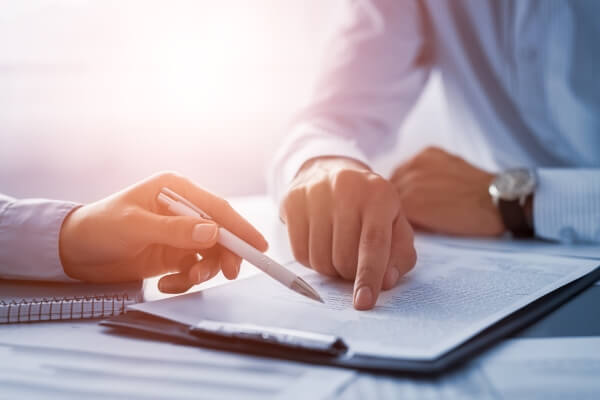 A fair usage policy (FUP) is part of the terms and conditions in a broadband provider contract which limits how a broadband connection can be used.

The FUP can include restrictions on data usage, which is the area we’re focusing on for this guide.

What’s the difference between fair usage and a data limit?

A FUP is not the same thing as a data usage cap or data allowance.

A data cap or allowance is a specific amount of data which you can use in each billing period, with penalties (such as additional charges or reductions in speed) for exceeding the limit.

The existence of a data limit should be made very clear when you sign up for broadband service; any broadband deal will either be advertised as unlimited or state a specific figure that says how much data you can use each month.

In contrast, FUPs are usually vague and do not specify a limit. They are deliberately broad because they're generally intended to prevent a small number of users from consuming an excessive amount of bandwidth which could impact broadband performance for everyone else, rather than placing restrictions on all subscribers.

What does “acceptable usage” mean?

Dig into the terms and conditions, and you may also find an Acceptable Use Policy (AUP). This term can be used instead of Fair Use Policy to mean the same thing. Or it can be a separate part of the contract which explains how the connection should not be used for illegal or potentially damaging activities such as spamming, hacking, and piracy.

Note that in some cases a provider will bundle all these terms under one heading, so you may find that usage limits are explained in a sub-section of a broader Fair Use or Acceptable Use policy.

Fair use policies are typically intended to combat unusually high data usage which is outside the norm, so you could run up against it if you download or upload large amounts of data very frequently.

For most people, this is most likely to occur when using file-sharing services (such as BitTorrent) because this can easily result in very high traffic usage. But it is possible you may encounter the limits of a FUP with anything that involves frequent transfers of lots of data. For example, using an online backup service to archive files may involve moving a huge amount of data and could breach a FUP.

Infrequent or one-off data transfers probably won’t be an issue. A FUP will also not come into play for the things most of us do day-to-day such as web browsing, social media, email, and video or audio streaming.

Fair usage policies are often vague so you may not know there’s a problem until the ISP notifies you.

The simplest way to avoid breaking a FUP is to choose an ISP which doesn’t have one!

Many providers do not have a fair use policy for data or any other kind of data usage or speed restrictions.

Unlimited broadband services without fair use or traffic management (a feature which is used to slow down certain types of traffic) policies are what we call “truly unlimited”. Truly unlimited deals offer the fastest speed your line can support, with no restrictions on how much you use the broadband, and no risk of being hit with penalties.

But don’t assume that a broadband service which is advertised as being unlimited does not have a FUP. While providers are no longer allowed to hide a data limit in the terms and conditions and still call the service unlimited, they can have a fair use policy.

If your provider does have fair use restrictions, it shouldn’t be hard to avoid problems because they are usually meant to stop very high and frequent data usage. So if you are doing something which involves lots of downloading or uploading, don’t do it for too long or very often.

However, you won’t know precisely how long is too long because the FUP probably won’t offer much detail. Read the terms and conditions, and call the provider if you have any questions.

The thing which is most likely to cause an issue is file sharing, because it can continually use the connection to transfer enormous amounts of data (and of course downloading or sharing pirated files can result in legal problems too). But as long as you’re not continually using file-sharing, you should be safe.

What happens if you break a Fair Use Policy?

The ISP will notify you if you’ve breached their terms of service. If it’s your first offence they may just issue a warning; otherwise, you could face some kind of penalty.

The penalties for breaking a FUP will depend on the provider. Read the terms and conditions to find out more, though in many cases there will be no specific details.

Breaking a FUP could mean:

What happens if someone else in my home breaks the FUP?

If the broadband contract is in your name, but you share the connection with housemates or family, you are still ultimately going to be held responsible for any breach of the terms and conditions or any other misuse of the connection. The ISP cannot tell who in a household is responsible, and the bill payer will always be the point of contact.

If you have been penalised for a breach and feel it is unfair you should contact the provider immediately and see if it can be rectified and, if necessary, submit an official complaint.