Can you get free broadband? How to get free internet deals 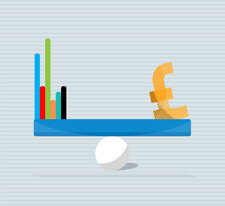 We all like to get something for free, but when it comes to internet access is there such a thing as a free broadband deal?

It’s a question we’re regularly asked. You may have seen free broadband advertised before, and in the past, there have been services which came pretty close to fulfilling that promise.

But what does free broadband mean today? Why don’t you see free broadband deals advertised anymore, and are there any alternatives (free installation, for example) if you’re on a very tight budget? In this guide, we’ll explain the past and present of free broadband, and show you how to save money on broadband to get the cheapest possible deal.

Looking to buy? Check out our cheapest deals below:

What happened to free broadband deals?

Until fairly recently it wasn’t uncommon to see free broadband advertised by major providers such as Sky, TalkTalk, and BT. Usually, this would be an offer like “free broadband for the first 12 months”.

But it wasn’t quite as simple as it sounded, because while the broadband part of the deal may have been free (for a limited time...) you still had to pay the phone line rental so it wasn't free of all costs.

New rules introduced by the ASA a few years ago put a stop to that as providers were no longer allowed the separate the cost of the broadband and line rental.

Now the price you see for a broadband deal has to cover all the bundled services, so when you sign up for a TV and broadband or phone and broadband package you know exactly what you’re paying each month and what you’re getting for the money.

There have been examples of free internet services in the past. When Orange launched home broadband in 2006 it offered free broadband for life to its mobile customers and was quickly overwhelmed by demand. You still needed to pay line rental of course, but until 2012 Orange customers were free to choose their own phone provider. TalkTalk also became infamous early in its life for a similar free broadband offer which led to major issues with customer support and reliability due to the number of people signing up. And back in the dial-up days before broadband was widely available, there were numerous freephone internet services; but as with all the other free internet services you still had to pay for the phone line to use them.

How you can still get ‘free’ broadband

While free broadband deals may no longer be advertised you can still find offers which are similar. There’s no shortage of cheap deals from ISPs including Plusnet, Sky, and Origin which provide broadband and phone at a discounted price for the first 12 or 18 months and, taking line rental into account, they work out to be much the same as the old free broadband offerings.

Another option for those of you looking to get something for nothing is a broadband deal with free setup. Some providers offer this as standard, others as a limited time deal.

It may also be worth selecting one of the providers which offer free public Wi-Fi hotspot access. While it’s not much help if you’re interested in free home broadband, this can be a very welcome extra that lets you stay connected away from home and save money on mobile data. BT and Sky both offer free Wi-Fi on their nationwide networks, and Virgin Media customers get free Wi-Fi on the London Underground.

So free broadband isn’t really a thing, but that doesn’t mean you can’t save money with a great value broadband deal with something extra included at no additional cost. There are plenty of broadband offers with free setup, as well as broadband deals with free gifts.

Broadband with free setup means you don’t have to pay anything when signing up for the service. This is not always a huge saving, but it can often be found alongside other freebies to make a deal even better value.

Some sites may not include Wi-Fi router postage in the setup costs, but at Broadband Genie our comparison tables take into account any up-front fees, including postage for routers and other equipment.

However, it is important to note that free setup only applies if you already have an active telephone line. If not, you will have to pay extra costs for a new line. For more information about new phone lines, read our guide to phone installation.

The broadband market is very competitive, which is good news because it means providers try to tempt us with special offers. There is no shortage of broadband deals with free gifts, and these can make a huge difference to the overall cost of the package.

Gift vouchers for stores such as M&S and Amazon are often available, but pre-paid credit cards are also very popular and arguably the best value because they can be spent anywhere.

Cashback promotions also come around every so often. These will either provide the reward as a cheque or a bill credit. Less common are free gadgets such as TVs and Bluetooth speakers. Some even offer free laptops, though these are rare nowadays.

Broadband Genie also regularly offers exclusive free gift promotions which you won’t find anywhere else. Sometimes these are combined with other offers so you can claim multiple rewards.

Any of these rewards can be a great way to save money, but you must always make sure the rest of the deal is right for you. Consider the monthly fees (especially after an introductory discount period), the speed of the service and any limitations or extras.

Internet access is increasingly crucial in our day to day lives, though not everyone can afford a broadband service at home. But there are some options for those on a low income, and even ways to use the internet for free.

Can you get free or subsidised broadband if you are on benefits?

One option for a limited budget is BT Basic Broadband. For £9.95 per month including line rental this provides an average speed of 10Mb with 15GB monthly usage. It also still includes free access to the BT Wi-Fi hotspot network.

While this may suit an individual with very light usage (mainly web browsing, email and social media) its monthly data limit is quite restrictive. If you wanted to use the connection for music or TV streaming it would not be long before you’d exceeded the monthly cap. It would also not be the right fit for a home where the connection is shared.

If you can afford to pay a little more there are cheap unlimited broadband services starting from around £15 per month.

It’s increasingly common to find broadband installed in new build homes and blocks of flats. In some cases, this just means that if you want to pay for a broadband service you are restricted to one specific broadband provider or type of broadband. Though this might not be a bad thing if it gives you access to ultrafast FTTH internet; full fibre network provider Hyperoptic has been working with housing associations to put very fast internet access in new-build social housing. While the monthly fees are not subsidised it does offer incredibly fast connectivity at a reasonable price.

There are some homes which include broadband access for all residents so you don’t have to worry about signing up for a provider. And it’s not unusual to find private landlords offering broadband access as part of the package. Provided this is fairly priced it can be a cheap and easy way of getting internet in your home, especially as you never have to worry about setup, contracts, or cancellation.

Another type of subsidised broadband is the government grants for improving broadband access. These do not result in cheaper monthly fees but are meant to help those who lack modern internet connectivity get faster services by funding or part-funding the cost of installing new infrastructure.

In Wales, the Access Broadband Cymru scheme is providing grants of £400 for 10Mb+ and £800 for 30Mb+ for homes and businesses. Broadband subsidies for fixed-line connections were available in England a few years ago, but the program has now ended. Instead, the government is now offering a subsidy of up to £350 for satellite broadband to help the most remote rural homes get online. Satellite broadband is not a perfect solution due to limitations inherent in the technology, but if you can’t get anything else it’s still a major upgrade.

How can I use the internet for free?

There are ways to get free internet access, though you’ll probably have to venture outside your home to do it.

Coffee shops, restaurants, pubs, libraries, and many other locations now offer free public Wi-Fi hotspots. There are some security risks you have to consider when using public Wi-Fi, but otherwise, it’s a good option if you’re out and about and need broadband access for no more than the cost of a cup of coffee.

Mobile tethering is another option. With tethering (commonly referred to as Wi-Fi sharing on smartphones) you share the data connection of a mobile phone over Wi-Fi so other devices can get online. This isn’t free as you still need a mobile service, but it can provide internet access to a computer for no additional cost. However, before using tethering you should always check that the network doesn't charge extra for tethering. It’s also important to keep a very careful eye on data usage as the caps on mobile services can be very low and it’s extremely easy to consume all your monthly data in a very short space of time while tethering.