Can you get pay as you go broadband? How do you get it? 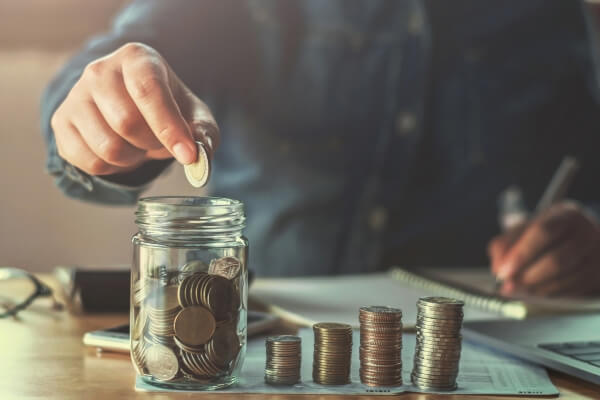 Pay as you go broadband for the home (as opposed to pay as you go mobile broadband) would, in theory, be a handy option if you needed broadband with a little more flexibility.

That's because the best value broadband deals will almost always involve signing up to a provider for 12, 18 or 24 months. And if you have to cancel in the middle of a contract you could face hefty termination charges, so these long term packages aren’t always suitable.

If you aren’t sure about your long term living arrangements or simply don’t like the idea of agreeing to a lengthy contract then you might be looking for an alternative, such as a package that simply lets you pay as you go. But is there such a thing as pay as you go (PAYG) home broadband?

Back in the days of dial-up modems, it wasn’t uncommon to have pay as you go internet at home. Rather than stumping up a monthly fee, you would just be charged for the time spent online. When broadband came along some providers switched to charging for the amount of data used, allowing light users to access the internet for a lower cost.

Now, home broadband packages will charge a set monthly fee for either completely unlimited usage or a specific amount of data (which could mean extra charges on top of your monthly bill if you exceed the data cap). But broadband that operates like a PAYG mobile service isn't available, so what can you do if you want PAYG home broadband?

What are the options if you want pay as you go internet?

While PAYG broadband may not be available it doesn’t mean you can’t get a deal that’s nearly as flexible, because some ISPs do offer rolling monthly contracts and other short term packages.

A rolling monthly deal (also known as no contract broadband) is a broadband package with a 30-day term. So while you are still signing up to a contract you’re not committing to more than 30 days at a time and have the ability to cancel at short notice without worrying about the termination fees that would apply to longer-term deals.

These aren’t available from every provider but there is a reasonable choice of pay monthly ISPs offering these types of deals, including options for TV bundles and very high speed access.

Virgin Media is unique even among the small handful of ISPs offering monthly deals because it can provide very fast speeds (up to 518Mb) and broadband without a phone line. And TV and broadband bundles too, of course.

But Virgin pay as you go broadband is not cheap, and not everyone needs the speed it provides.

Virgin broadband is a great option if you want very fast connectivity, but not the best if cost is a major concern.

To get a pay as you go NOW Broadband package you’ll need to go to the NOW site and follow the sign-up process then choose the “no contract” broadband plan. Note that this will add an extra setup fee.

Check out the best of our short-term deals below:

Other options for short term broadband

There are other types of short term broadband packages that can be suitable for temporary broadband access.

Some providers have offered three or six month contracts, though these are fairly rare compared to rolling monthly contracts.

For those studying at university, there are student broadband deals with shorter nine month contracts designed to fit with term times. These are not always available, but tend to be offered around August and September each year. Previously we have seen student broadband from Sky, BT and Virgin Media.

Mobile broadband is an option worth considering if you need a broadband service without lengthy commitments. It’s available on both a rolling monthly or PAYG basis, making it extremely flexible. Mobile broadband can also be activated and used almost immediately, whereas a home broadband connection will take at least a couple of weeks to install. It is probably the best choice if you need broadband for less than a month.

All mobile broadband packages are now 4G so you can get very fast speeds, though if 4G is not available you can still use 3G. In the future, 5G may offer significantly quicker connectivity and could be a very attractive alternative to home broadband, though it will take a few years for it to become widespread and affordable.

Public Wi-Fi hotspots can be found all around the country and can be a solution for getting broadband without contracts. They can be reasonably fast and may offer access either for free or on a pay as you go basis.

In order to use public Wi-Fi, you’ll need to first be in the range of a network. That will be the biggest barrier, as although common they’re often located in bars, restaurants, pubs and hotels.

Some hotspots will require registration or payment to access. Others may be completely open. Public Wi-Fi is not usually intended for use at home and is mostly installed as a facility for customers of a business, though there are commercial networks (such as BT Wi-Fi) which offer access to anyone willing to pay.

If you live in the centre of a busy town or city there’s a good chance some kind of Wi-Fi will be available, but if the connection does not require payment or registration you should seek permission from the hotspot operator before using them. It is illegal to access a Wi-Fi network without permission.

There are also security concerns associated with public Wi-Fi, so it's advisable to use a VPN, and best to avoid accessing sensitive data (such as online banking) while connected to public hotspots.