Home vs mobile broadband: Can you use 3G, 4G, and 5G mobile internet for home broadband? 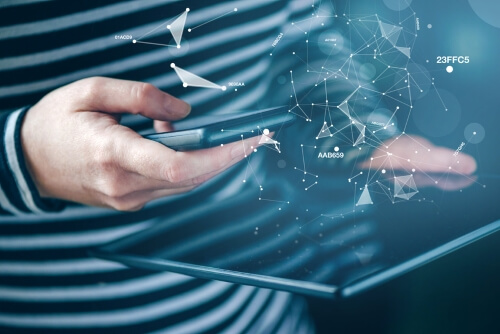 Millions of homes and businesses now have access to fast fibre optic internet via the BT network, Virgin Media network and numerous smaller players such as Hyperoptic, Gigaclear and CityFibre. If you can get fibre it’s a great choice, providing high (sometimes gigabit fast) speeds at an affordable price.

But that’s if you can get it. There are still many premises where the only option for fixed-line broadband is ADSL “up to” 17Mb, which can be very slow depending on the condition of the line and distance from the exchange. This is a particular problem for rural areas, but there are still urban locations that lack modern broadband infrastructure.

If you’re in a situation where internet access is very sluggish you might be looking for alternatives, and one potential contender is 3G or 4G mobile broadband.

But can mobile broadband be used for home broadband? What are the potential pitfalls and advantages? How fast is it? And what will it cost? Let’s take a look!

Mobile broadband at home: the pros and cons

4G mobile broadband can be quicker than ADSL fixed-line broadband, and can even approach fibre optic performance. 3G is also capable of matching or exceeding the maximum speeds you may get from an ADSL service.

This is, of course, a huge advantage of any mobile or wireless broadband service. The limited choice of service on a fixed-line is irrelevant, and you don’t need to worry about paying line rental if you don’t need a landline for calls.

Unlike a regular broadband service a mobile link can give you internet access wherever you go (signal allowing, of course).

Most home internet deals come with 12, 18 or 24-month contracts, with a few options for short term and “no contract” deals. But mobile broadband is a great deal more flexible in this regard. As well as long term contracts you can also choose from rolling monthly and pay-as-you-go.

Mobile broadband is absolutely reliant on a strong network signal. The weaker the signal, the slower and more unstable the connection will be.

Even if you have a strong signal you may find performance fluctuates depending on network traffic and weather conditions. This may be problematic if you rely on having a certain minimum speed as performance could change from one day to the next.

Aside from signal strength, the biggest stumbling block for anyone considering mobile broadband for home is that data usage caps are very low - there are currently no providers offering unlimited mobile broadband. The biggest allowances are around 100-200GB per month but this is more expensive than many unlimited fixed-line services. More affordable deals are in the region of 2-20GB, which is very little if it's your primary connection to the internet. This limitation makes mobile broadband unsuitable for heavy usage.

How fast is mobile broadband?

The most recent mobile network analysis from OpenSignal, which uses crowd-sourced real-world data, reported an average mobile network download speed of 23.55Mbps for 4G and 5.9Mbps for 3G.

With ADSL broadband promising an average 10-11Mb it is reasonable to assume that a 4G mobile broadband service will be quicker, though even if you’ve only got a 3G signal it may still be faster than a fixed-line service can provide.

5G is capable of significantly faster speeds in excess of 100Mbps, but it is early days for this technology and coverage remains fairly limited.

What do you need to use mobile broadband as home broadband?

To use mobile broadband at home you do not necessarily need any special equipment. But depending on what devices you have and how many people are sharing the connection you might want to consider some alternative approaches.

Standard mobile broadband dongles use a USB connection, something you'll find on any reasonably modern computer. That’s fine if it’s only going to be used by one person at a time and you only ever want to connect a laptop or desktop computer running Windows or Apple Mac OS. But sharing the connection with multiple systems or devices is not easy or recommended.

In that situation, it is far better to go with a Wi-Fi dongle. Wi-Fi dongles - also known as pocket Wi-Fi or ‘MiFi’ - provide mobile network connectivity over a Wi-Fi signal, which means they will work with anything that supports Wi-Fi (including tablets and smartphones). It also allows the connection to be shared very easily, typically with five or ten devices at once. This flexibility makes them far more useful for home broadband.

You can also use a smartphone or tablet with SIM card as a Wi-Fi dongle by tethering over Wi-Fi. This could save you from having to buy a dongle, but check that your smartphone contract permits tethering otherwise you might be charged extra fees. 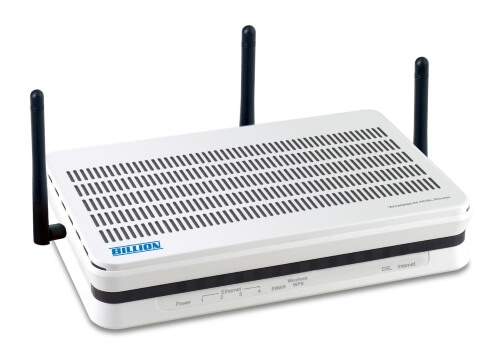 If you’re considering mobile home broadband as a long term solution there are Wi-Fi routers with mobile broadband support. These look like standard home broadband hubs and offer a similar range of features (such as firewall and wired or wireless networking) except they can connect to a mobile broadband service instead of fixed-line internet. Some, like the Solwise 4G-5RV, have an internal SIM card slot. Others like the Billion router range have a USB port for a dongle, so you can switch between fixed and mobile internet and easily remove the dongle for portable use.

One final piece of equipment that may be worth investing in is an external aerial. This can greatly boost signal strength for better speed and stability and could be essential in low signal areas. To use an external aerial you will need a dongle or router with an external antenna connection or removable antennas. For further help with choosing an external 4G or 3G aerial consult this useful guide by Solwise.