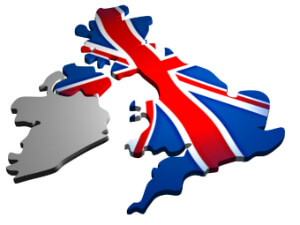 In a time when we can manage many aspects of our lives online it would seem only natural that we should also be able to vote via the internet. But the government doesn’t agree.

When asked about online voting in February Conservative MP Sam Gyimah, Parliamentary Under-Secretary of State for Education, said “online voting has been piloted in various countries, including the UK, and concerns have been raised concerning integrity and security. Therefore, whilst online voting may be something for the Government to consider in the future, it has not been a priority in the current programme.”

Security is certainly an important consideration and online voting would need a great deal of consideration (and money) before it could be safely implemented, but it’s not an insurmountable problem and the upside is that online voting could result in an increased turnout at elections.

Looking at the statistics for all elections between 1945 and 2010 we can see that turnout peaked at 80% in 1950 and has gradually fallen since then, leading to only 65% of the eligible population voting in 2010.

Estonia makes an interesting case study for online voting. They introduced it in 2005, and while there was a fall in turnout for that year’s local elections it was reported that 4.9% would definitely not have voted if they couldn’t do it online and 13.6% said they probably wouldn’t have. The next Estonian parliamentary election saw a slight increase in turnout, and a report produced in 2010 concluded that up to 2.6% fewer people would have voted without it.

Could online voting in the UK encourage more of us to head to the polling stations this Thursday? To find out more we gathered some opinions from voters around the country.

Have you or do you intend to vote in this year's election?

That’s a higher turnout than the last few general elections, which is definitely encouraging! But it still leaves just over 30% of respondents not voting.

Of those who don’t intend to vote we can see that people aged between 18 and 34 were less likely to vote than the 55-64 age bracket.

Would you be more inclined to vote if you were able to do it online?

So 60% of the abstainers would change their mind if they could vote from a browser. This may be related to the age of non-voters. Perhaps the tech-savvy younger generation who don’t remember a time before the web just feel more comfortable putting a virtual X in a box, but maybe convenience plays a part, as it means you can vote whenever you’ve got a spare moment in the day and don’t need to take time out to head to a polling station.

Labour takes the biggest share of votes for a single party out of the 1,468 who answered this question, but the largest percentage would cast their vote for anyone other than the main players.

Are you aware of the main parties' manifestos on technology?

Separate from the online voting, we were also interested to see how much people knew about the party manifestos when it came to technology. It’s not as big an issue as the economy, health or education but still an important consideration, particularly for the Conservatives who made a big deal of committing to deploying faster internet in the latest budget, so it’s disappointing that they’ve seemingly all done a poor job of communicating their position when it comes to technology and broadband.