Need to save money, get faster broadband, or both? Let Broadband Genie guide you through the best broadband deals in Oxford. We can show you how to compare packages and get the deal available in your area, offering our expert independent help all along the way. 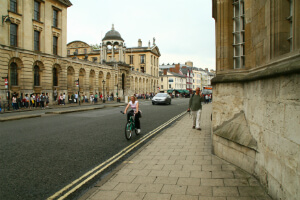 Home broadband access can vary wildly region to region as not all exchanges have been fitted with the same services, but in Oxford, residents will find they have a good range of options so when it comes to choosing a Wi-Fi deal you’ll have plenty of scope to find that perfect package.

The cheapest option for unlimited home broadband is ADSL. This can reach speeds of an average 10-11Mb and uses standard BT lines so is widely available. Oxford’s exchanges are Local Loop Unbundled (LLU) which means ISPs can install their own equipment, giving customers a greater variety of providers.

But ADSL is an older technology and if you demand something faster you’ll need to look at fibre optic broadband via the telephone line or Virgin Media network. This is available in Oxford at all exchanges so most homes will be able to get access.

Openreach network fibre using a regular telephone line provides much better speeds than ADSL - up to an average of about 65Mb - and still uses the BT phone line. While it is not as widespread as ADSL it does still cover a large percentage of the UK’s homes, and it is available from numerous ISPs. Virgin Media broadband is even faster, topping out at 518Mb, however, it’s only available from Virgin Media and their network is smaller, leaving many homes without this option.

As the range of fixed-line broadband can vary even street to street it is important to get an idea of what’s available in your location. When comparing home broadband on Broadband Genie you can use the postcode filter field to sort deals by availability, and when you click through to an ISP you’ll be taken through some further checks to ensure your chosen service can be installed.

Funds for broadband improvements in the county are being handled by the Better Broadband for Oxfordshire project, as part of the BDUK program which aims to bring a minimum speed of 24Mb to 95% of the population. 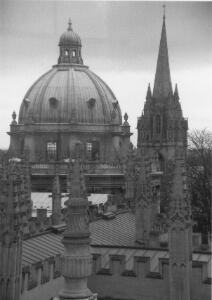 When it comes to mobile broadband services the Oxford area enjoys a reasonably strong level of access, with slightly more choice compared to some other parts of the country.

The four network operators - Three, EE, O2 and Vodafone - all provide good 3G in and around Oxford. Three and EE have perhaps the best signal strength here, covering both central Oxford and out to provide service in locations such as Cassington, Yarnton, Beckley, Headington and Kennington.

O2 and Vodafone also provide a strong signal in central Oxford, but may be slightly weaker in the outskirts.

If 3G just isn’t fast enough though, there is the option in Oxford of four different 4G networks. EE’s 4G has the largest footprint and double speed 4G is also available in central Oxford and areas such as Horspath and Marston.

Three provides 4G throughout the area too, with the strongest signal Marston and Cowley as well as the centre. O2 have a 4G presence here too, though it’s a smaller patch compared to other networks and largely limited to the city centre and western parts of the area.

When buying mobile broadband it’s very important to check coverage for yourself, as the weaker the signal the slower the connection will be. For more information read our guide to mobile broadband coverage, and click the logos below to access the official signal checking tools: