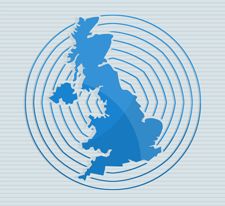 One of the most common questions we're asked is, "what is the best mobile broadband coverage in my area?"

Mobile broadband signal varies across the country, and having a good signal is vital for mobile broadband to ensure you get a fast connection. In this guide, we'll explain mobile network coverage and show you how to find the best network in your location.

It's important to remember that you are not guaranteed to be able to pick up mobile broadband coverage from anywhere around the country. Before you sign up to a mobile broadband package it is vital to check the service provider's coverage information to make sure you will be able to get a strong signal where you live. If you regularly travel to a different location to visit family, friends or for work, you'll also need to make sure that area is covered by your preferred provider too.

Because mobile broadband has become such an integral part of our lives, it's amazing to think most mobile broadband services have only been up and running for a relatively short time compared to fixed-line broadband. Because of this, the providers are rushing to improve the amount of the UK that has coverage, with more locations being added all the time.

For example, if you checked the mobile broadband coverage in your area six months ago, you may now be able to get a fantastic signal. There are lots of reasons for this, from popularity (if lots of people are trying to use mobile broadband in the same area, capacity can become an issue) to adding new towers or upgrading technology in your area.

2G networks (also described as GSM) were designed primarily for voice and text, and are (with a few exceptions) what your mobile phone conversations and text messages use to get from A to B. 2G networks are capable of transferring data, but only very slowly and unreliably. The addition of GPRS (sometimes called 2.5G) and EDGE technology have increased the quality of service. The maximum mobile broadband speed a 2G network is capable of is 473Kb.

3G networks are a progression from 2G and are primarily designed for data transfer. Standard 3G (sometimes called UMTS) is capable of speeds up to 2Mb. HSDPA improves 3G technology and is now used on all UK networks, with a theoretical limit of 10Mb. There is also a newer standard called DC-HSDPA which is gradually being rolled out and allows real-world speeds of 10Mb+. This is currently widely available on Three and also deployed on EE.

4G is a big upgrade over 3G and allows for speeds in excess of 20Mb. All the UK networks now have 4G coverage and are growing their networks across the UK, but it still remains patchy; where you can't get 4G, you'll just be shuffled back on to the best the local area can provide (usually 3G).

5G is the very latest technology. It's extremely fast - often better than many home broadband services. However, 5G is very new and so it has worse coverage than any other type of mobile broadband. At present, it is largely limited to major towns and cities. You'll almost certainly need a new device to use it too.

Every mobile broadband provider has a coverage map which details which areas of the UK it covers for 2G, 3G, 4G, and 5G services. There are links to all of the providers' coverage maps above.

Ofcom has a series of coverage maps on its website, including its UK mobile services map. You can find maps for mobile networks by geographic area or premises, showing indoor and outdoor coverage by region.

Which network has the best coverage?

EE covers a huge swathe of the UK. EE has 2G and HSDPA 3G rolled out to the majority of the UK. Its 4G coverage is extremely good and it regularly tops mobile broadband speed tests. EE 5G was launched in May 2019.

O2 is now network sharing with Vodafone across the UK. Their combined 3G network covers most of the UK population and is entirely HSDPA. They began the rollout of their combined 4G network in August 2013.

Three's 3G network covers 97 per cent of the UK population, all of which is HSDPA. It began its 4G rollout in 2014. Three often challenges EE for speed in independent tests. 5G went live in August 2019.

Vodafone shares its network with O2, so has similar coverage. Vodafone 5G was launched in June 2019.

All of the UK mobile broadband networks offer 2G coverage to more than 99 per cent of the UK population, so if you can't get 3G or 4G coverage you should at least get some sort of mobile signal. However, this could be very slow and unreliable for internet access.

If you're going on holiday, be sure to check out our Mobile Broadband Roaming tool. It allows you to click on a country and compare roaming prices for the major UK providers.