Looking to switch broadband in southwest Wales? Here at Broadband Genie you can compare all the top internet offers available specifically in Swansea. And not only is it free to compare, we offer a wealth of independent broadband help and advice about broadband in your area.

Your guide to comparing home broadband in Swansea 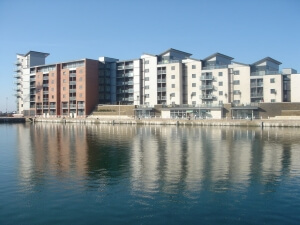 You should have little problem finding the right home broadband package in the Swansea area as all the area's exchanges offer access to a wide range of services.

For those on a budget, there’s standard ADSL using the regular phone lines. These are offered by a wide variety of providers, though the exact choice of ISPs will vary depending on your nearest exchange.

If you want something faster the Swansea exchanges offer fibre optic broadband from both the Openreach and Virgin Media networks. Fibre can reach speeds of around 65Mb using a regular phone line, and it’s available from a selection of providers. Virgin Media has its own fibre network that can provide speeds of up to 518Mb on unlimited packages.

When comparing home broadband make use of the postcode search in our tables to filter Wi-Fi deals by area. This will display only ISPs which support a service at your nearest exchange. You can then sort these deals by factors such as price, speed, data limit and provider. We'll also make sure to flag any added extras, such as gift vouchers or free-setup deals.

Swansea residents have an excellent level of superfast (defined as at least 24Mb) broadband access. Average speeds are also in excess of the last reported national average of 28.9Mb.

Broadband upgrades in Swansea and the rest of Wales are funded by the Superfast Cyrmu project as part of the wider BDUK program to improve access across the whole of the UK. More than £66m has been allocated to Superfast Cyrmu for broadband infrastructure.

The future of broadband in Swansea

Swansea is one of the 17 regions chosen by BT for trials of its G.fast technology. This new type of broadband is expected to provide speeds up to 330Mb. Deployment begins in 2017 and is expected to cover 138,000 homes and businesses initially. 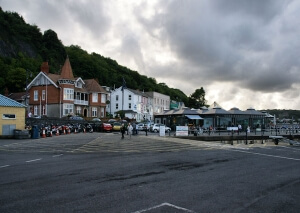 Swansea residents enjoy a good level of access to mobile internet services from all four of the network operators.

3G mobile broadband is available right across the area on O2, Three, Vodafone and EE. Signal is available in central Swansea and out to areas to such as Neath, Port Talbot, Gorseinon, Clydach, West Cross and Felindre.

3G typically provides speeds of a few megabits per second, sufficient for web browsing, email and streaming media on the move. It’s also the cheapest way to get mobile internet access.

If you want something faster though, 4G is an option in Swansea from all network operators.

With 4G you can get a connection that’s quicker than many home broadband services. Coverage is not as extensive though and may be limited to central areas, so you’ll find it regularly falls back on 3G when not available.

EE also provides its double-speed 4G in some parts of Swansea, which provides even quicker connectivity at no extra charge.

Three has also upgraded its 3G network in Swansea to support Advanced 3G. This greatly improves the performance of 3G and is compatible with many smartphones, tablets and dongles so you may not need to buy new hardware to take advantage of it.