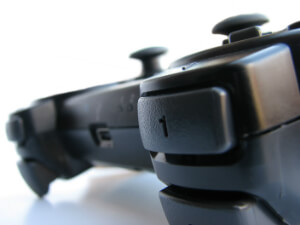 How do you purchase games? If you're an old school gamer from the days of big boxes and inch thick manuals, or you simply like to have a product you can hold, you might prefer to stick with physical discs.

But increasingly large numbers of gamers are turning to the convenience of digital storefronts. It was recently revealed that Fallout 4 sold more digital than boxed copies on its first day, signifying a huge change in buying habits.

However, there are downsides and one of the biggest problems is the growing size of games. Fallout 4 on PS4 or Xbox runs between 28-35GB, and it’s far from the biggest. Then there are expansions, DLC, mods...and even patches can run into multiple gigabytes. It's also not unusual now to find that boxed copies require hefty additional downloads before they're ready to play.

Not only can a modern triple-A title take many hours to download but a single game could bust the usage cap of some budget broadband packages.

We asked 1,949 of you for your opinion on game downloads, and found that half would be put off by a title or update of a ‘significant’ size. What counts as a 'significant' download? 8% say 1GB, 18% 5GB and 22% class a download of 10GB or more as significant.

Gamers have other reservations about online stores beyond download sizes. One of the top disadvantages cited was the lack of a physical product and many are also concerned about losing access to their game library if the service goes offline.

Digital does not always offer the cheapest prices either. While the PC download store Steam has regular sales events which attract huge numbers, many online services charge full price for new releases. 39% of players say that boxed copies from online retailers provide the best value, while 33% still prefer an actual shop.

However, there's definitely some good things about buying online, with our survey highlighting that many prefer the faster access to games you get from a digital shop.

Read on for the full results. 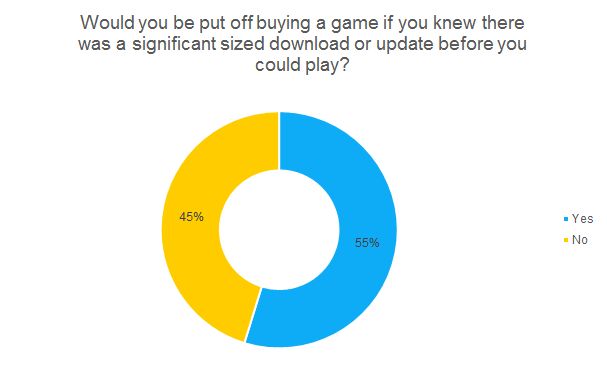 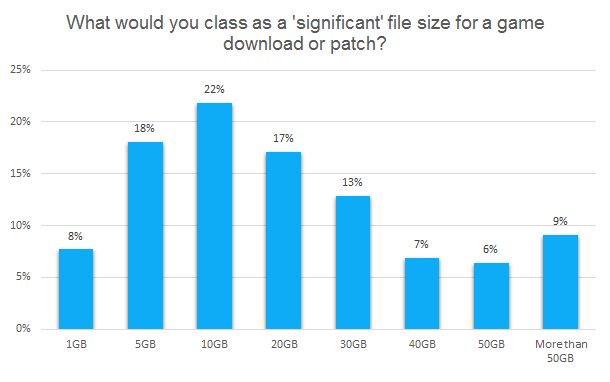 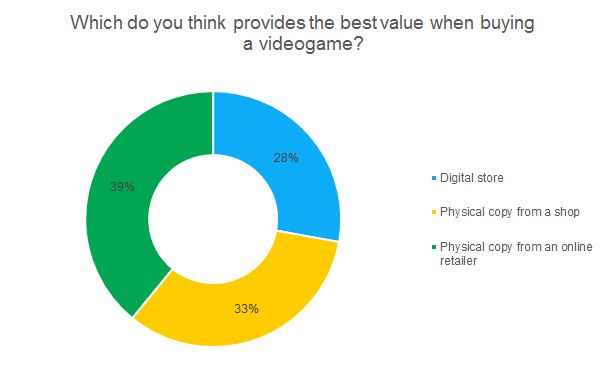 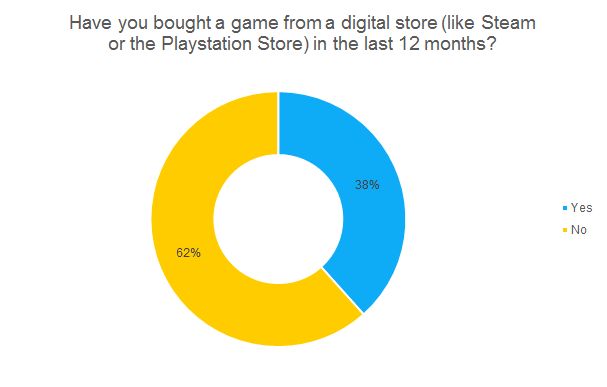 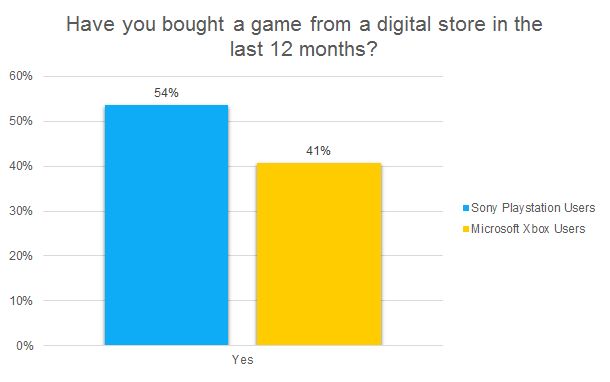 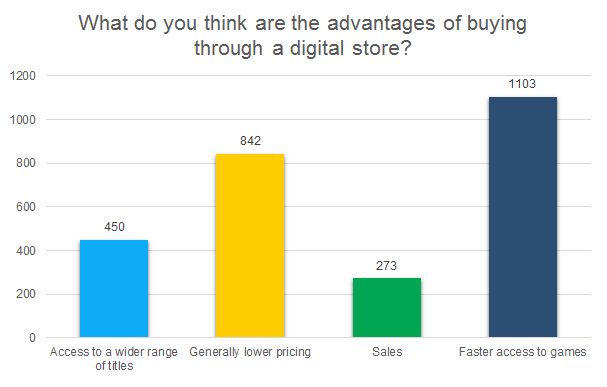 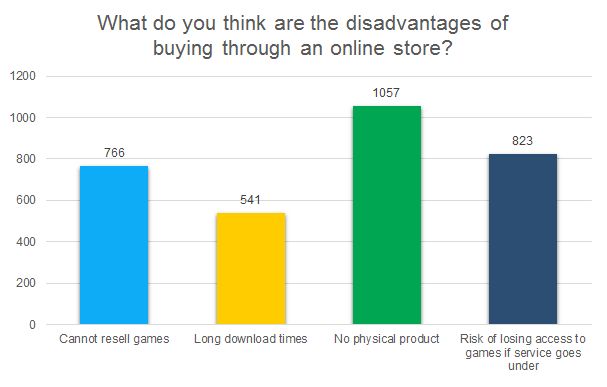