At Broadband Genie we make finding the best broadband in Leeds a breeze. Simply type in your postcode to compare broadband in your area - then use our expert independent guides to decide on the best supplier, and package, for your needs. 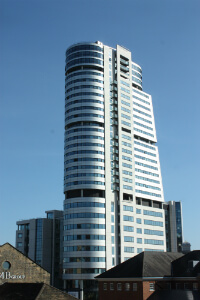 Good news - Leeds is well catered for when it comes to broadband. Leeds and the surrounding exchanges - Chapeltown, Harehills, Hunslet, Headingley and Armley - are all fibre optic enabled for Openreach network fibre up to an average of around 63-68Mb using a regular telephone line.

The area also has access to Virgin Media fibre broadband for even faster speeds, now up to a blazing 518Mb average.

This all gives Leeds residents access to a wide choice of services, from slow but cheap ADSL to superfast fibre optic broadband, with no shortage of options for broadband only deals or internet and TV bundles.

Broadband improvements in Leeds and West Yorkshire are being funded by the Superfast West Yorkshire project, part of the wider BDUK scheme to upgrade broadband across the country and ensure at least 95% of people have access to at least 24Mb internet. Just over £10m has been allocated for upgrades in the area.

The future of broadband in Leeds

Leeds got its first consumer gigabit broadband service in 2015 courtesy of Hyperoptic. It was initially installed at The Basilica development before rolling out at other developments around the city. In 2016 CityFibre also launched a gigabit network for public sector and business sites.

And this year Leeds City Council launched a project to arm "digitally excluded" adults with basic online skills. The program is installing free broadband at 800 homes Cottingley, with plans to expand the trial further depending on funding.

All four networks - EE, O2, Three and Vodafone - are reported to have excellent coverage of both 3G and 4G throughout Leeds. The central parts of the city are blanketed with signal, and this also extends outside the centre to areas such as Holbeck, Beeston, Harehills and Crossgates.

As ever though there’s no guarantee of performance when it comes to mobile broadband. As well as signal dead-spots - which can occur even in well-covered areas - the bigger issue in cities is usually one of capacity, with the network overloaded by traffic during busy periods.

If you’re in the process of comparing mobile broadband it’s worth double-checking the coverage in areas you’ll be using the service. Ask friends for their experiences, use your mobile phone to check signal strength or click the logos below to access the official network coverage check tools:

You can find out more about this topic by reading our guide to mobile coverage.