All about out-of-contract notifications for broadband, mobile, phone, and TV 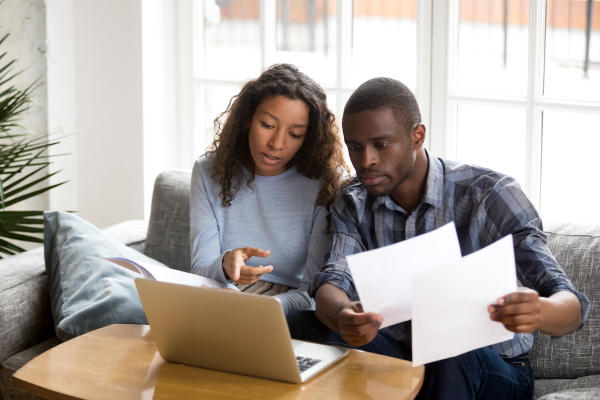 Since the 15th of February 2020 providers of home broadband, mobile phone, landline phone, and pay TV services are required to notify customers when they’re out of contract and tell them about the best deals currently available.

But what exactly are these out of contract alerts? What will they look like, and how will it impact your broadband service? This guide will tell you everything you need to know.

What are the end of contract alerts?

Out of contract alerts - officially called Annual Best Tariff Notifications (ABTNs) - are a system for notifying customers of broadband, mobile, phone, and pay TV services that they are no longer in their minimum contract period.

The alerts have several key aims:

Why is this happening?

This rule has come about because of a complaint by the Competition and Markets Authority (CMA) and Citizens Advice which highlighted how loyal customers could often end up paying significantly more than new subscribers, who are offered discounted pricing to tempt them into signing up.

This “loyalty penalty” meant many people were paying a lot more for services if they stayed with the same provider for a long time.

According to Citizens Advice, loyal consumers were losing out on more than £1.2bn per year because they were being charged more for staying with the same provider and not switching or negotiating their services.

Research by Ofcom in 2019 highlights why this change is necessary. It found:

What will an end of contract notification look like?

While the exact wording of an alert will vary between providers, they should all contain the following information:

Out of contract notifications can be sent via text message, email, or letter. The image below shows an example of a text alert. 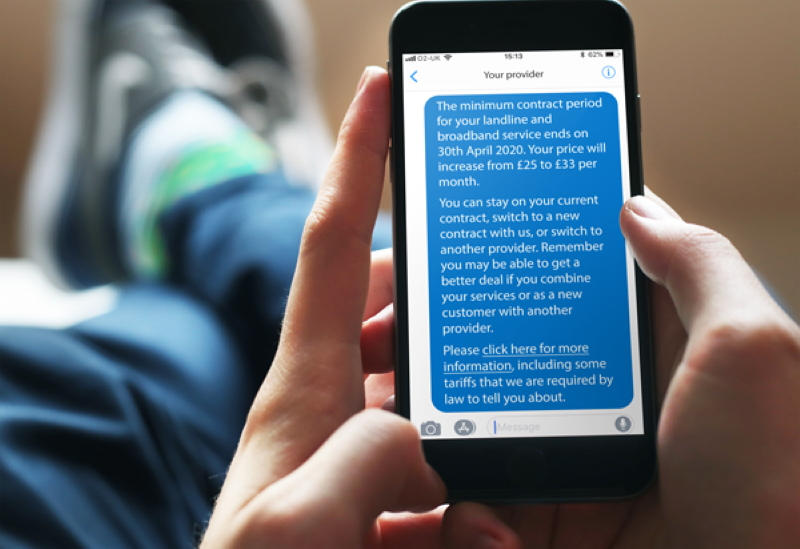 When will we receive out of contract notifications?

Alerts will typically be sent 10-40 days before the expiration of a contract.

Providers are not required to notify customers with rolling monthly (aka “no contract”) agreements each month, but must still send a notification once a year.

I’ve been told my broadband is out of contract - how can I get a better deal?

If you’ve received a notification from your broadband provider that your contract has ended then you’ve got several options about how to proceed.

If you’re otherwise happy with the service, contact your ISP for a new deal. Providers will now have to offer the same prices to existing customers as they do to new subscribers. Though keep in mind that you will have to sign up to a new contract so you’ll be locked in again for another minimum contract period.

But before you do that, take the time to see what else is out there. Switching broadband is very easy, so if another ISP can offer a better price, package, or speed (ideally all three!) then you’ve got nothing to lose by moving to another service.

To get started with a switch, begin with a postcode search to check availability in your area. You can do that right here by entering your postcode below:

Use our comparison table to check out deals in your location; tweak the filters and table sorting to narrow down the choices and quickly locate your ideal package. Then you simply click through to the provider and follow the registration process.

Switching to a new provider typically takes around 14 working days, and if all goes well there will simply be a short period of downtime as the providers swap over.

The above is just a brief overview of what’s involved; read our guide to switching broadband for a more detailed breakdown of the process, including the differences between Openreach (BT) lines and Virgin Media broadband.

Whatever you do, don’t just ignore the notice. Even if your previous package wasn’t discounted and the price hasn’t automatically increased, it doesn’t mean you won’t be able to save money, and it’s always worth comparing the latest offers to see what else is out there.

How to find your contract end dates

If you’ve not yet received a contract expiry notice you can still find out the end date at any time by speaking to the provider, or by checking the details of your account. Some ISPs provide this information online, or it might just require a quick phone call.

Follow the links below for step by step guides to finding the contract end date for several popular providers: